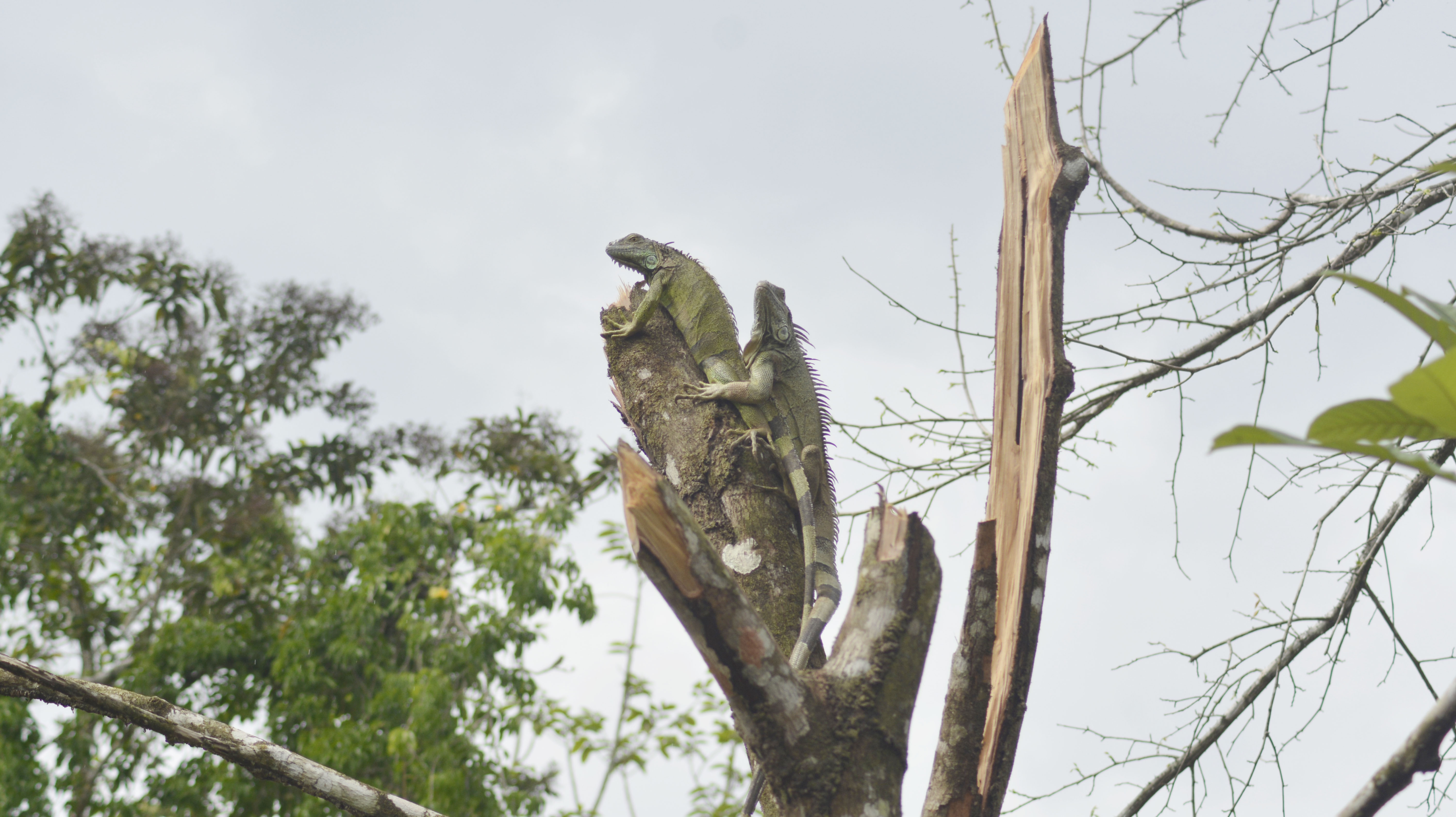 Iguanas of the zoo-breeding grounds of the New Guinea enclosure.

With the participation of the university community, government representatives and state institutions, URACCAN campus New Guinea inaugurated on Thursday, May 21st the first zoo-breeding with the species Iguana iguana, better known as green iguana, belonging to the family Iguanidae and measuring up to 2 meters in length from head to tail.

This Intercultural Community University, in alliance with the Ministry of Environment and Natural Resources (MARENA), and the collaboration of the National Autonomous University of Nicaragua in Managua (UNAN-Managua), inaugurated the first zoo-breeding of the species Iguana iguana, which has a dimension of 10 square meters. This project was made with the aim of establishing an emblematic, educational and research venture, which will allow to achieve new replicable experiences in the educational community and population in general, for the conservation of flora, fauna and socio-environmental well-being.

"It would be important to note that it is the first zoo-breeding that opens in the area of this spice for conservation, but also for the research of our students and also for its productivity can be export and food items," said PhD. Eugenio López Mairena, vice-chancellor of the university campus.

For his part, Master Roder García assured that this effort has been "thanks to the alliances established with the Autonomous University of Nicaragua and MARENA, to become an emblematic, educational and research venture".

In this context, Dr René Castellón, Director of Biodiversity at MARENA, said: "Nicaragua is a country rich in natural resources and biodiversity. Nicaragua currently has 20,485 species of wildlife, and there is also a protected area system, private wildlife reserves."

"One more initiative that has to do with MARENA in terms of the recovery, protection, conservation of wildlife species is the captive breeding establishment as it opens today," the specialist said.

The zoo-breeding company currently has four reptiles (iguana), which are expected to reproduce and from this practice at the university can achieve replicable experiences in the educational community for the benefit of the community at large, contributing to the food security and economic income of families.