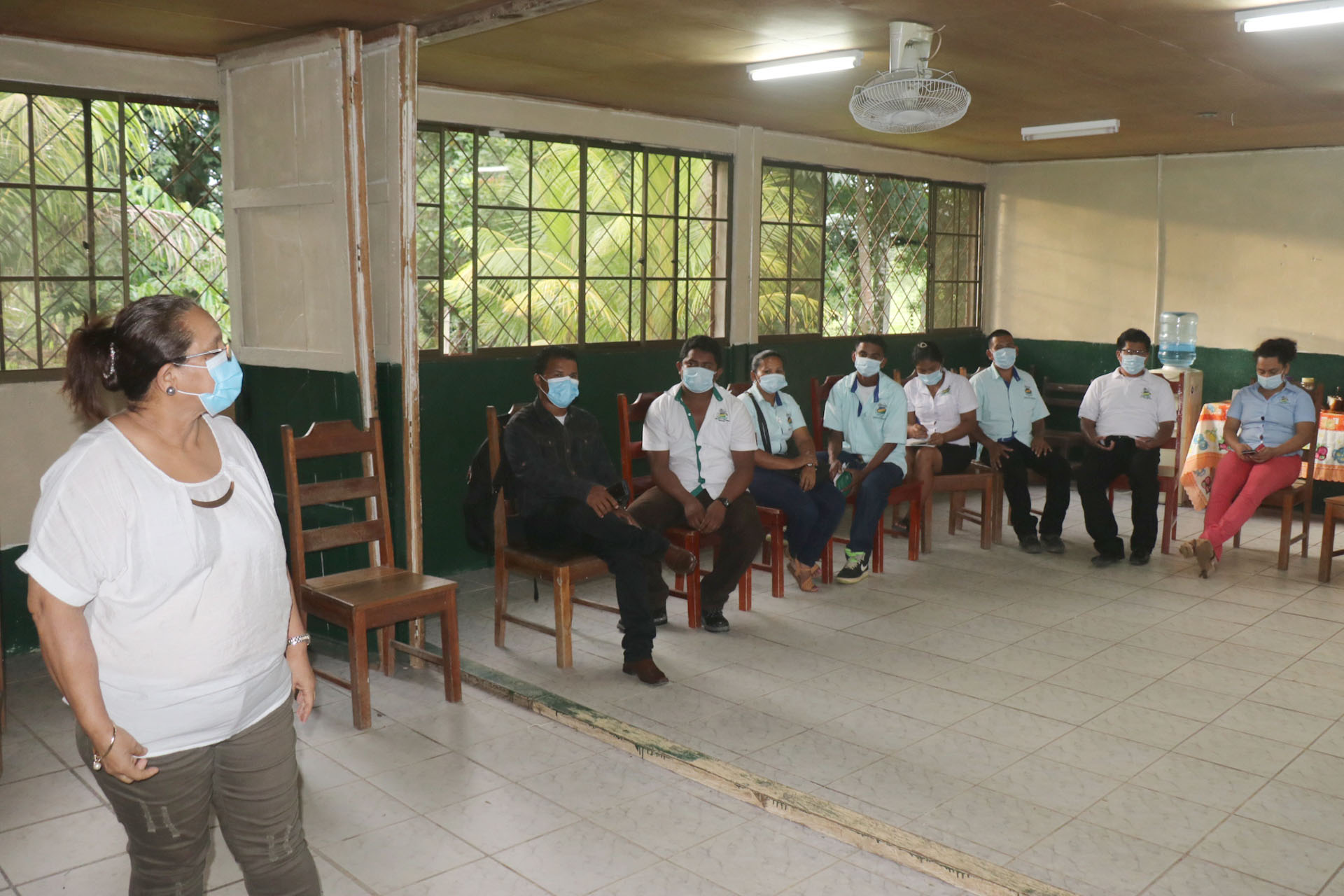 Dr. Leonor Ruiz Calderón unveiled all the work that has been done since this guild.

The 2021 work plan emerged from this activity.

The board of directors of the administrative guild of URACCAN recinto Las Minas held its first assembly of 2020, in its extension of Rosita. Master Francisco Gutiérrez Garméndez, general secretary of that guild, assured that this activity must be the starting point for an assembly to be held in each extension and at headquarters, to be integrated as a single guild.

"We managed to have the aggressed of the two extensions in Rosita, where the University Council of Campus will be held, so an effort was made from the guild's board of directors to hold this assembly," Gutiérrez Garméndez said.

Mr. Yader Ordóñez, treasurer of the administrative guild, presented financial execution to the aggressed and the work that has been being developed on behalf of all members.

Dr. Angélica Leonor Ruiz Calderón, vice-chancellor of URACCAN Las Minas, made known to the members of the administrative guild all the work that has been done since institutional management in the premises.

José Ruiz, manager of the guild, released the operation of the guild: how many make up it and its operating structure.

Master Eulogio Pedro Rufus, at the close of the event, said it is important that the guild is developing assemblies in the territories, because so each of the aggressed can know the work that is being done.

"We must stick together and participate in each activity to strengthen the administrative guild and invite them to be at home, wherever they do these activities," Pedro Rufus said.

The administrative guild of URACCAN Las Minas will begin, from this assembly, to plan an assembly for each university extension and that of the campus, so that all the aggressed are integrated and contribute to the development of the guild.