Skip to main content
From the Bluefields compound, URACCAN sends aid to Families in the North Caribbean 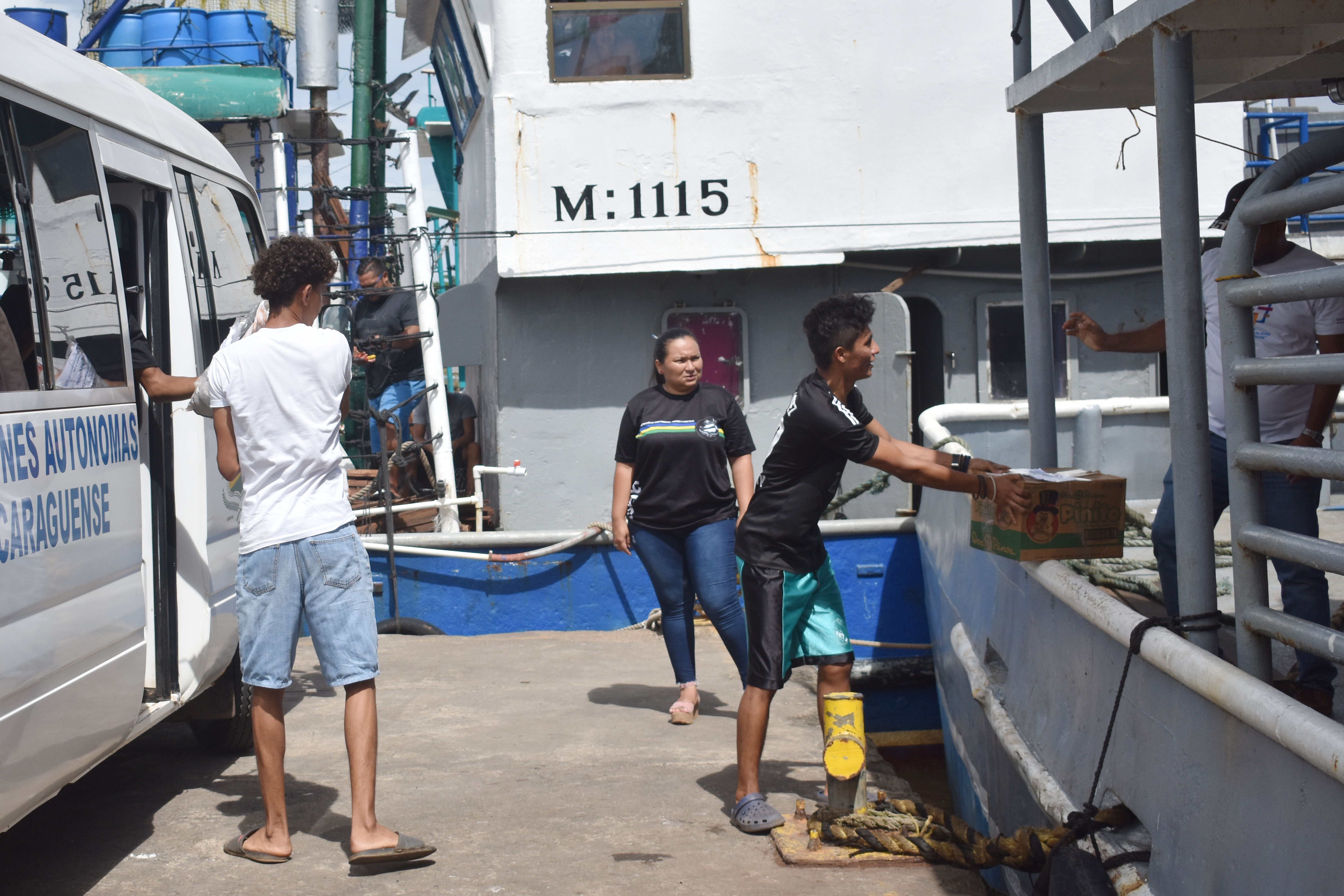 Moment when the ship was loaded with the help of those affected by the Iota.

United in solidarity and hope

The passage of Hurricanes ETA and IOTA, which swept through the North Caribbean Coast, united the bonds of solidarity of a Coastal people with a diversity of cultures, languages and thoughts, but with the same feeling and pride of being brothers and sisters. In the face of the disaster caused by both natural phenomena, the URACCAN educational community joined forces to reach and support affected families in these difficult times.

From the Bluefields compound, actions were coordinated with the churches, the mayor and members of civil society to organize a collecting campaign, this being a successful initiative, as the first shipments of packages with clothing and food that could be distributed with the families of the North Caribbean were made.

On November 19, 2020, thanks to the support of the community, the last shipment of approximately 230 bags of food and clothing was made, which are being sent directly to the Bilwi university campus, which was also a hostel point.

Teacher Ilenia García, director of External Cooperation at URACCAN, explained "that this new shipment was made thanks to the efforts of the municipality, that it was possible to locate some fishing boats that were leaving for Bilwi, we had a part of what the population had donated, but also from the new Guinea enclosure we were sent sacks with food and clothes , which were also sent."

Finally, the civil servicewoman extended, on behalf of this Caribbean university, her displays of thanks to the people of Bluefields and New Guinea, who contributed with their donation so that this noble cause could be contributed.

"Very grateful to the Caribbean people, for their contribution to the university community, to the New Guinean compound that they sent their collaboration here, and to all the venues that in one way or another we were supporting the population."