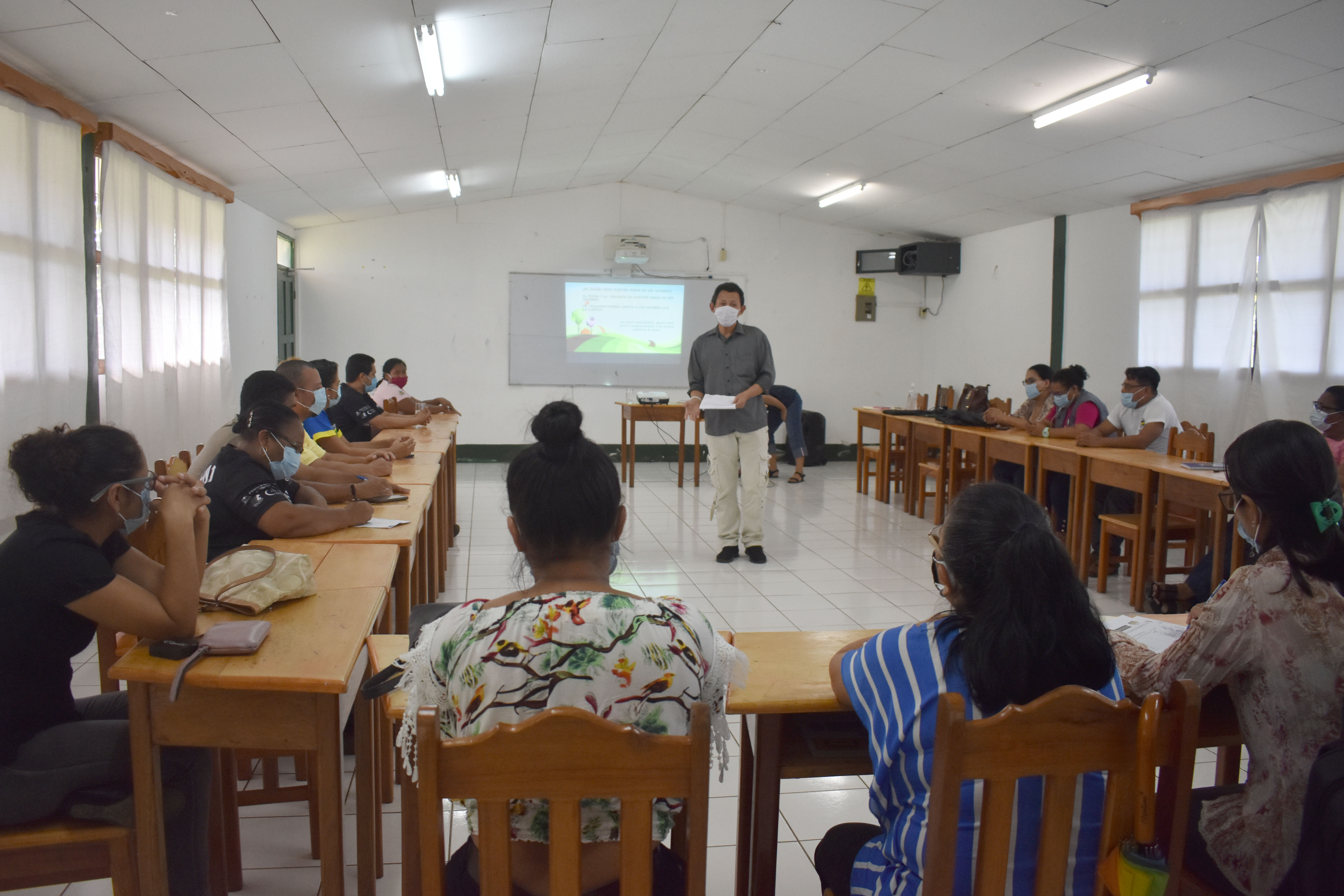 From these spaces significant changes are generated in the educational community and in the Caribbean population.

Raising awareness of the university community

Within the framework of the Decolonization and Depatriaricalization for Transformation from Education project, funded by the Norwegian International Student and Academic Assistance Fund (SAIH), the Center for Multi-Ethnic Women's Studies and Information (CEIMM) held a workshop on gender, intrafamily violence, discrimination and physical exercises for the release of tensions and emotions. URACCAN Bluefields enclosure workers participated in this important activity.

The workshop was coordinated by CEIMM, in conjunction with the Commission for the Eradication of Gender-Based Violence and Other Related Intolerance, and the Psychosocial Laboratory.

Since CEIMM, URACCAN has been developing awareness-raising actions on the intercultural gender perspective in the university community and in the Caribbean population.

Teacher Antonia McCoy, coordinator of CEIMM, explained that all the topics addressed are framed in the different forms of violence. "These are concepts that we have been working on, in this case on teaching staff," McCoy said.

"We have been doing this for some time and we have called it a process of raising awareness and awareness in the university community about the intercultural gender perspective," she continued.

Through these workshops, McCoy said, which he considers very enriching, "we are contributing a more grain of sand on the issue of awareness raising. The idea for next year is to have a thematic plan on the subject of masculinity and on that basis develop talks and dialogue spaces where we can continue to make that change."

For the Licda. Marsha Cuadra, head of the Psychosocial Laboratory, encourages these actions "is important because it is the space we have to talk openly about these issues; we know that it is easy for us to talk about violence, which is still considered taboo today."

Finally, the civil service said that all the work that has been done has been successful, emphasizing that "it has been a good action, because the participants have commented that they liked the workshops and we hope that little by little we will all support in preventing the issue of violence and take positive actions for our own well-being".
Tags
URACCAN Bluefields
CEIMM
Psicología
Previous
Next
sfy39587stp16