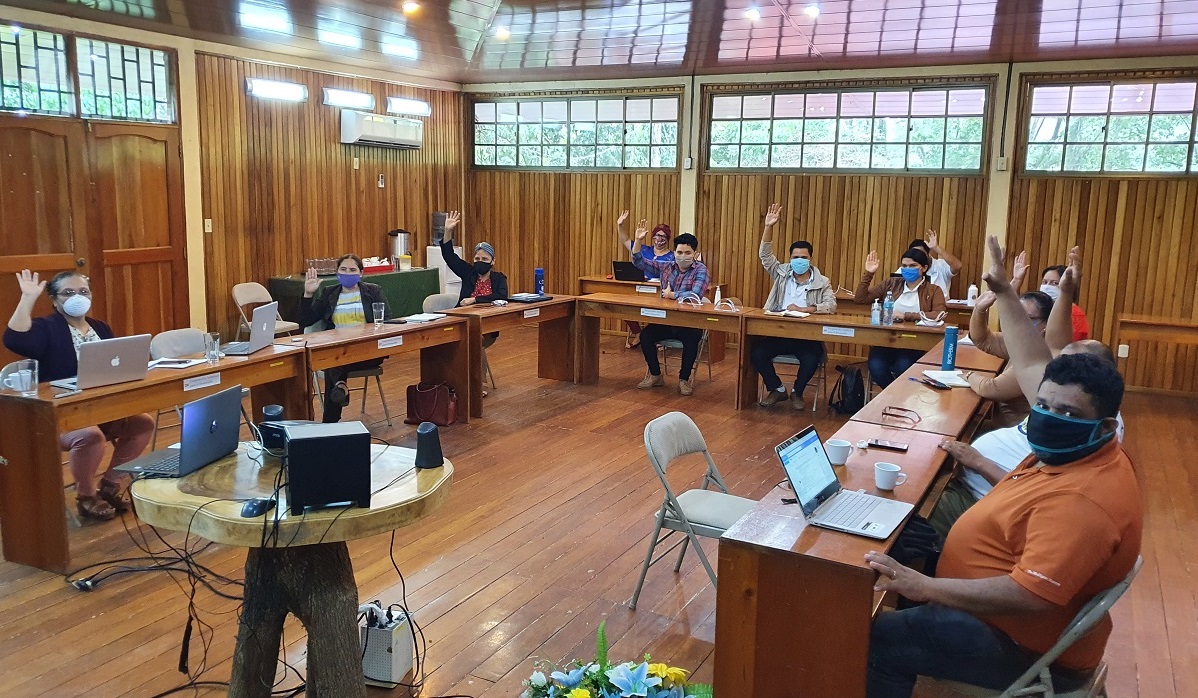 Election of academic secretary of the Las Minas campus

The authorities of the University Council of the Las Minas campus, elected at their sixth regular session, held this Friday and attached to article 52 of the statutes of the University of the Autonomous Regions of the Nicaraguan Caribbean Coast (URACCAN), the teacher Sorayda del Carmen Herrara Siles, as academic secretary of this campus, a position that became vacant after the death of master Ariel Chavarría Vigil.

Teacher Herrera Siles had 16 votes in favour and two abstentions.

The teacher Herrera Siles, in 1994 began her experience as a teacher in Primary Education after graduating from the normal Pedro Araúz Palacios.

From 1997–2000, she served as Pedagogical Adviser to the Ministry of Education in the municipality of Siuna.

In her academic training she holds a degree in Education Sciences with a mention in Biology and a Master's degree in university teaching and currently holds a PhD in Intercultural Studies at URACCAN.

In 2005, she became part of the URACCAN family, where she has served as coordinator of projects to promote and defend the rights of Indigenous and Afro-descendant Peoples, as well as to prevent and treat gender-based violence in multi-ethnic contexts; from this space he provided classes as a support teacher at different levels and modalities, and has accompanied research processes for undergraduate and graduate students.

Since 2013 he has been part of the Academic Management team, accompanying academic secretariats in the processes that are developed from this instance, as well as in processes of readequation and curriculum design, both at the URACCAN level, and in articulation with MINED-UNC.