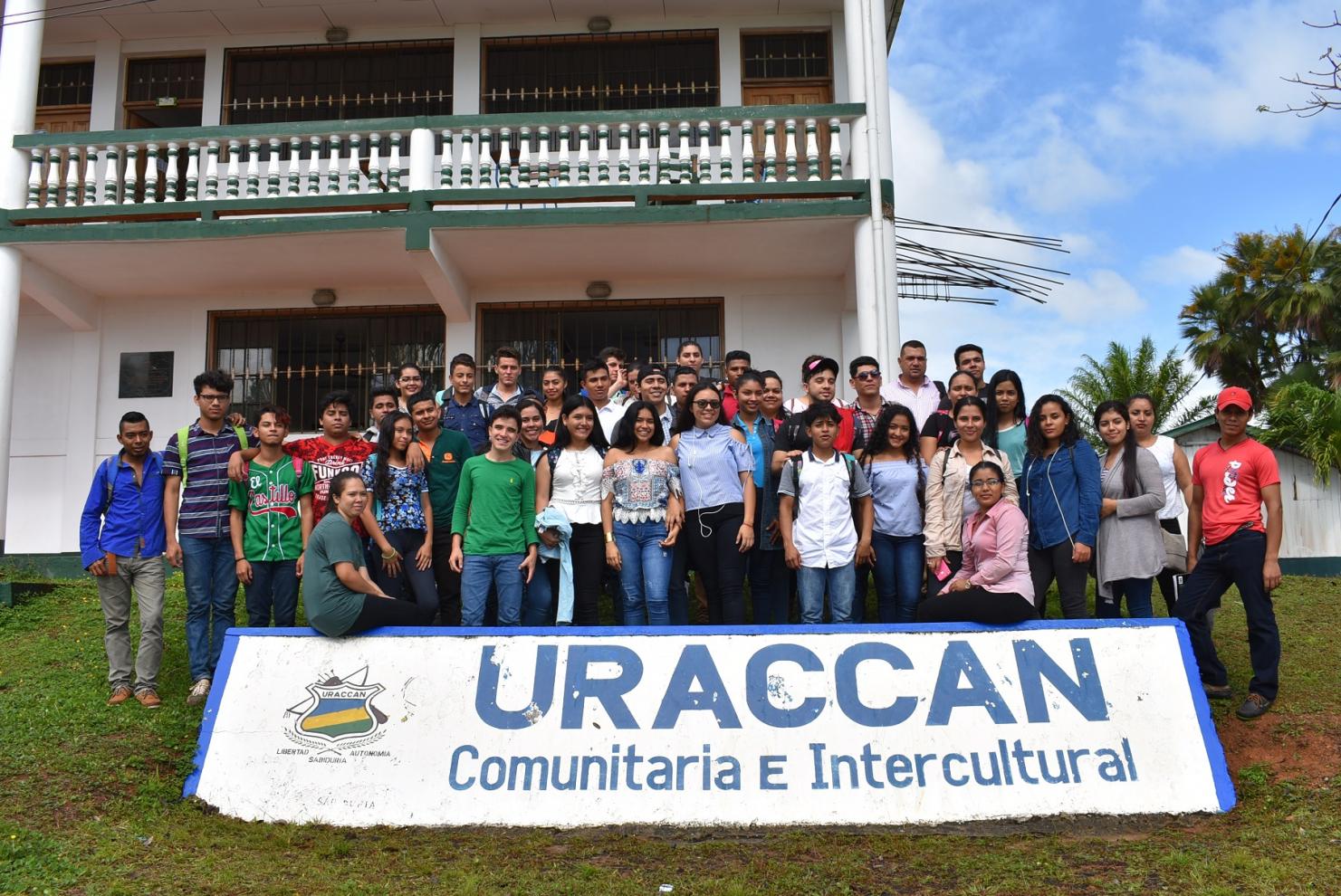 Field tour to get to know the culture of peoples

A group of one hundred students from the New Guinea campus, consisting of the careers, History, English and Biology, take a field tour, in the subject History of the Caribbean Coast, to the city of Bluefields, with the aim of making an exchange and sociocultural coexistences with indigenous peoples.

For URACCAN the learning processes of intercultural higher education begins to know the history of indigenous, mixed and Afro-descendant peoples of the Caribbean Coast of Nicaragua, with the aim of strengthening and rescuing their ancestral cultures.

During the visit they participated in a conference, given by Master Silvan Fagan, vice-president of the Afro-descendant Commission, on the history of Afro-descendant peoples and Regional Autonomy.

Students to others will travel to Rama Cay, where they will know the history of the Rama people, "so that the boys can fence knowing and identifying that we are part of this territory, and we have a very rich culture from where we come from," he said.

Likewise, Master Silvano Hodsong, coordinator of the Institute of Promotion, Research and Revitalization of Culture, noted that the visit to Rama Cay is, "a coordination with the Academy of New Guinea, being a way of sociocultural coexistences, which focuses on interculturality, one of the important elements that stand out within the cross-cutting axes of the university" Said

The main objective of coexistence is to "know the history of the Rama people, their culture, their gastronomy, and the elements that make up the culture of this town, on the visit to the island, they will be interacting with the population of the community and know what have been some challenges and challenges that they have had as a people on the Caribbean Coast", he detailed.

At master Fagan's lecture, he shared about the celebration of the Creole people, what is the crab festival, held on Corn Island, a gastronomic festival that celebrates every year the abolition of slavery on that Nicaraguan Caribbean island in the mid-nineteenth century.