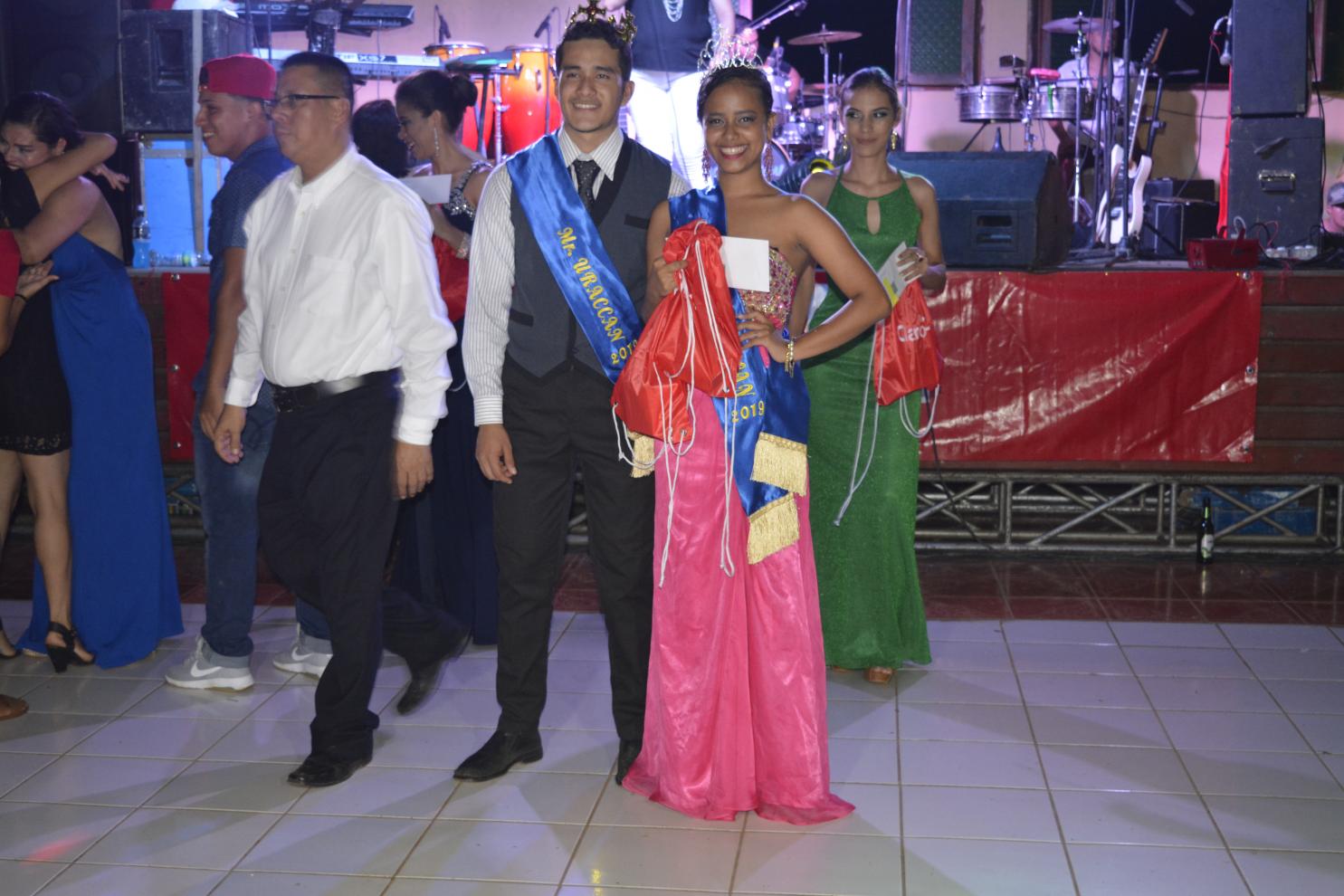 The election and coronation of the Queen of URACCAN was attended by the university community in general and friends of this study house; this year the event, which brought together more than a thousand people, was developed with the dynamic of popular choice; the queen should not only have the vote of the attendees, but also the evaluation for her performance in the answer to the question and arrangement of chariot.

For Katherine Ramírez Venegas, participating in this contest "is to be an active part of the celebration of the 22 years of my university, because being a part of it is an honor and pride," he said.

A young woman who with her charisma, freshness and safety was crowned the winner of the beauty contest, but above all where teamwork is shown between the candidates and their classmates.

For Wendy Moreno, queen of URACCAN New Guinea 2019, through her new title of queen of this university campus "will promote actions of participation among the student in the enclosure and create spaces for the dialogue of the theme of gender and participation of women", she said.