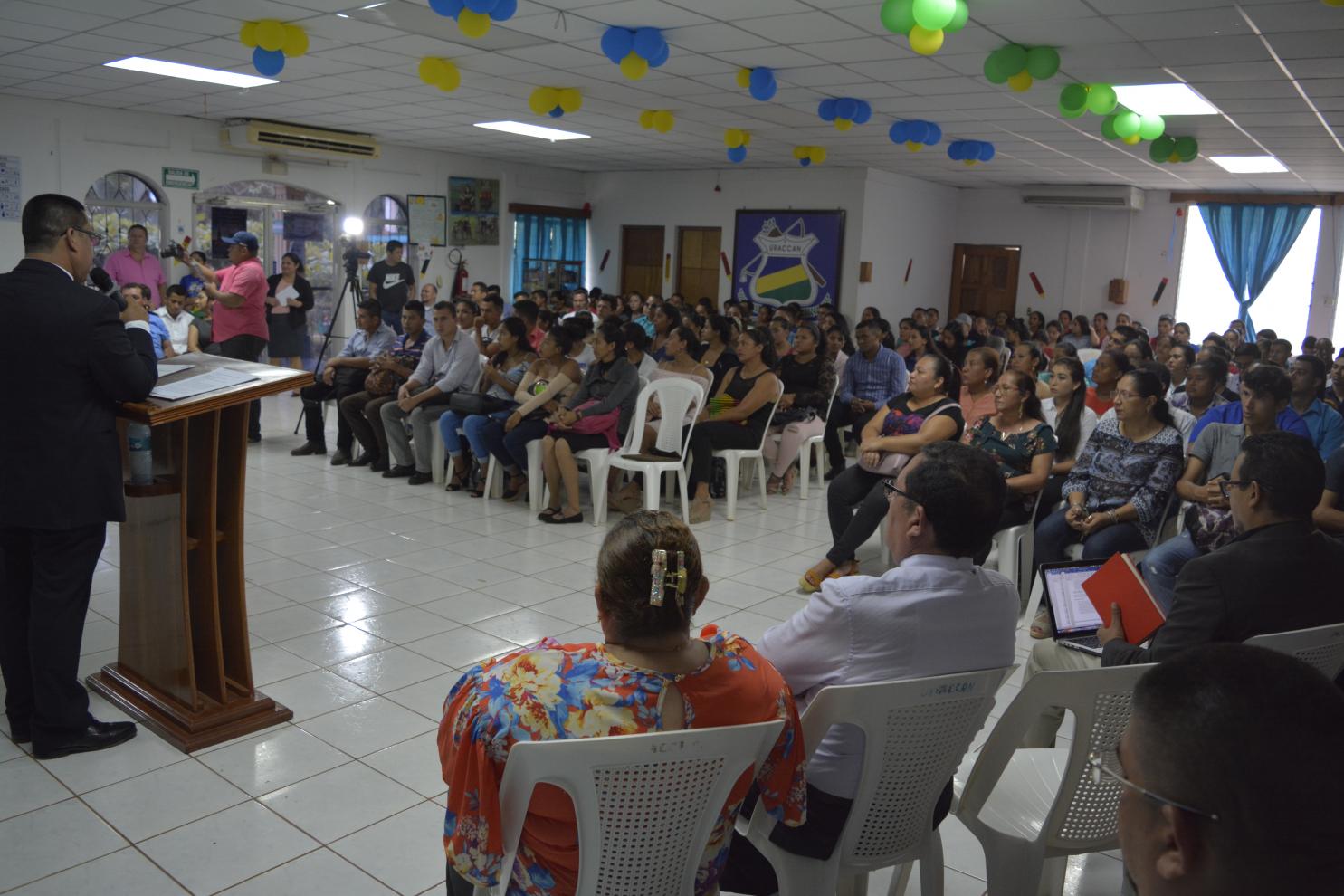 URACCAN and its 22 years of presence in New Guinea

"Higher Education these days, is considered not only a fundamental human right, but also a public good, URACCAN is not only the first Intercultural University of Latin America, but also the first university of the Caribbean Coast", were part of the central words dictated by Dr. José Luis Saballos, director of external cooperation of URACCAN, during the event of the 22nd anniversary of the founding of the New Guinean compound.

The central event of the anniversary of the campus, was attended by the University community, together with local authorities, entrepreneurs and founders, recognized human talent with 10 and 20 years of work in this house of study.

Dr Saballos further recalled that "URACCAN this year we celebrated 25 years of academic activity, however the university project emerged in the mid-1970s and emerged from the work of several founders," he said.

25 years after the rise of URACCAN 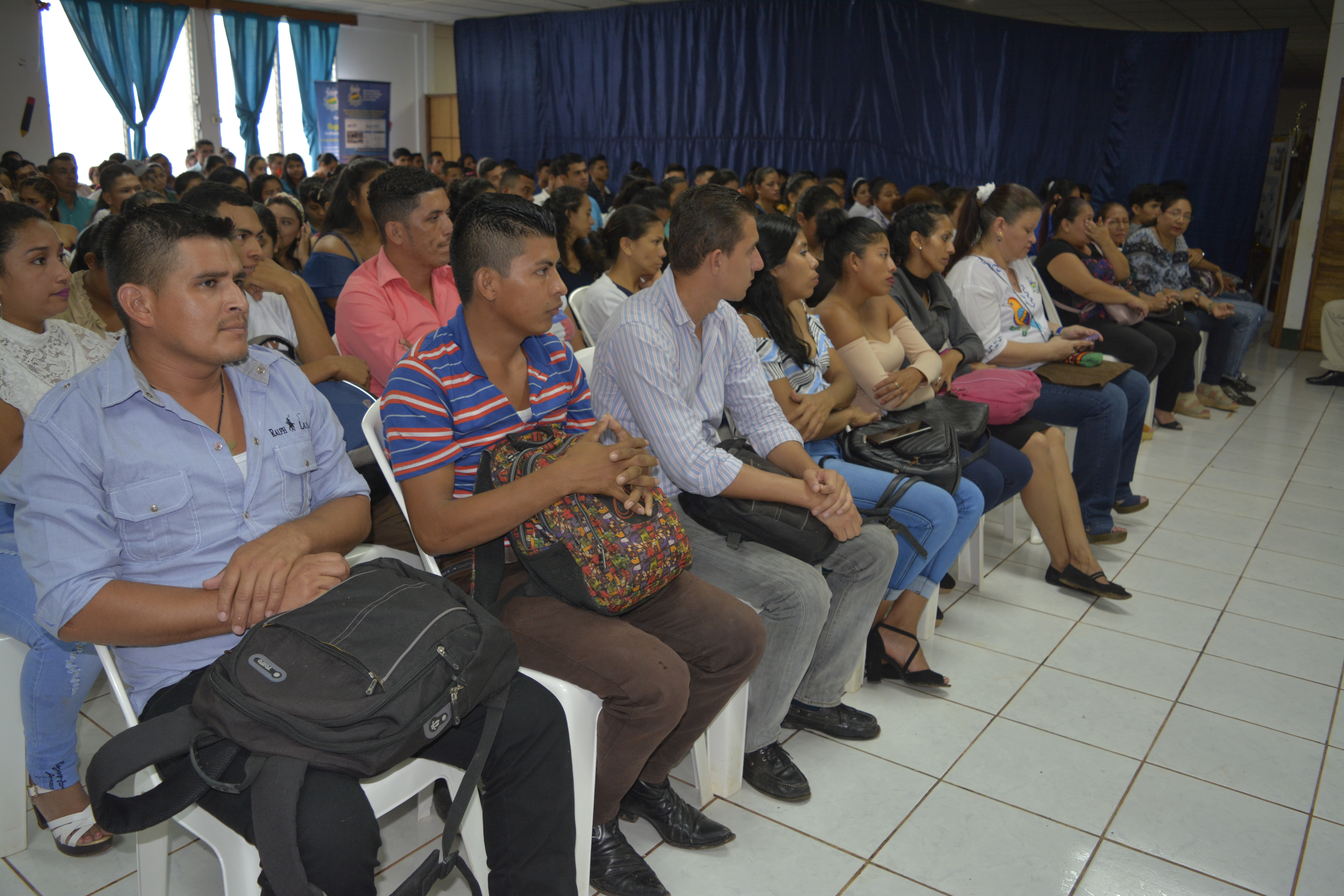 Among the fundamental data to highlight, on the eve of the 25th anniversary of this study house, according to Dr. Saballos "we are the 5th best university in the country, just 25 years in the rankin of the 56 that there are in Nicaragua, because we are the university that we research and disseminate the most, we have an average of 400 researches a year, we have for the 7500 students with 23 undergraduate careers , 5 prostrate and one PhD," she stressed, while ensuring that URACCAN is the daughter of autonomy and at the same time fundamental to advancing the regional process.

For his part, Dr. Eugenio López Mairena, vice-chancellor of the URACCAN New Guinea compound, mentioned that "this project resulted in the project, not only of our lives as founders or co-founders; it turned out to be the life project of hundreds of men and women who now identify with URACCAN," he said, thanking each of the founders for believing that one day a university could be able to identify the territory's development needs and respond to that.

Recognition of the teaching and administrative work of URACCAN's human talent

In addition, the University Council of Campus (CUR) granted certificates to teachers and administrative staff who for 10 and 20 years have dedicated the same and strived in institutional development during these years of work in the New Guinean compound.

One of the honorees was The Teacher Filadelfo López, who thanked the authorities for, what he called, trust and affection. "Thanking the university authorities, thank you for giving us the confidence, for putting in us that affection and recognition of our work and that is something that motivates us, makes us happy to continue contributing and continue contributing to our university," López said.

Lopez also recognized "the teams that work for our university every day the different academic areas that we provide daily care and the necessary services for our young students men and women," he added.

Similarly, for Professor Lopez, "Without students, without young people, the university ceases to be a university; that's why it's very important to recognize that the whole community university is what guarantees development for our country, that's what ensures that young people, teachers, workers this dream that today is celebrating 22 years anniversary," he added.

In conclusion, Master López, who is also coordinator of the area of Natural Resources and Environment, assured that "all the challenges, tasks and actions that we have left to fulfill, but that we are also fulfilling motivates us, inspires us in the example of who in life was our colleague, friend, brother Arsenio López Borge, may he rest in peace", he concluded.

In this same space, the deputy vice-chancellor of the compound Dr. López, received a thank you from the family of the teacher Arsenio López Borge for the accompaniment that this university community provides during its funeral honors.