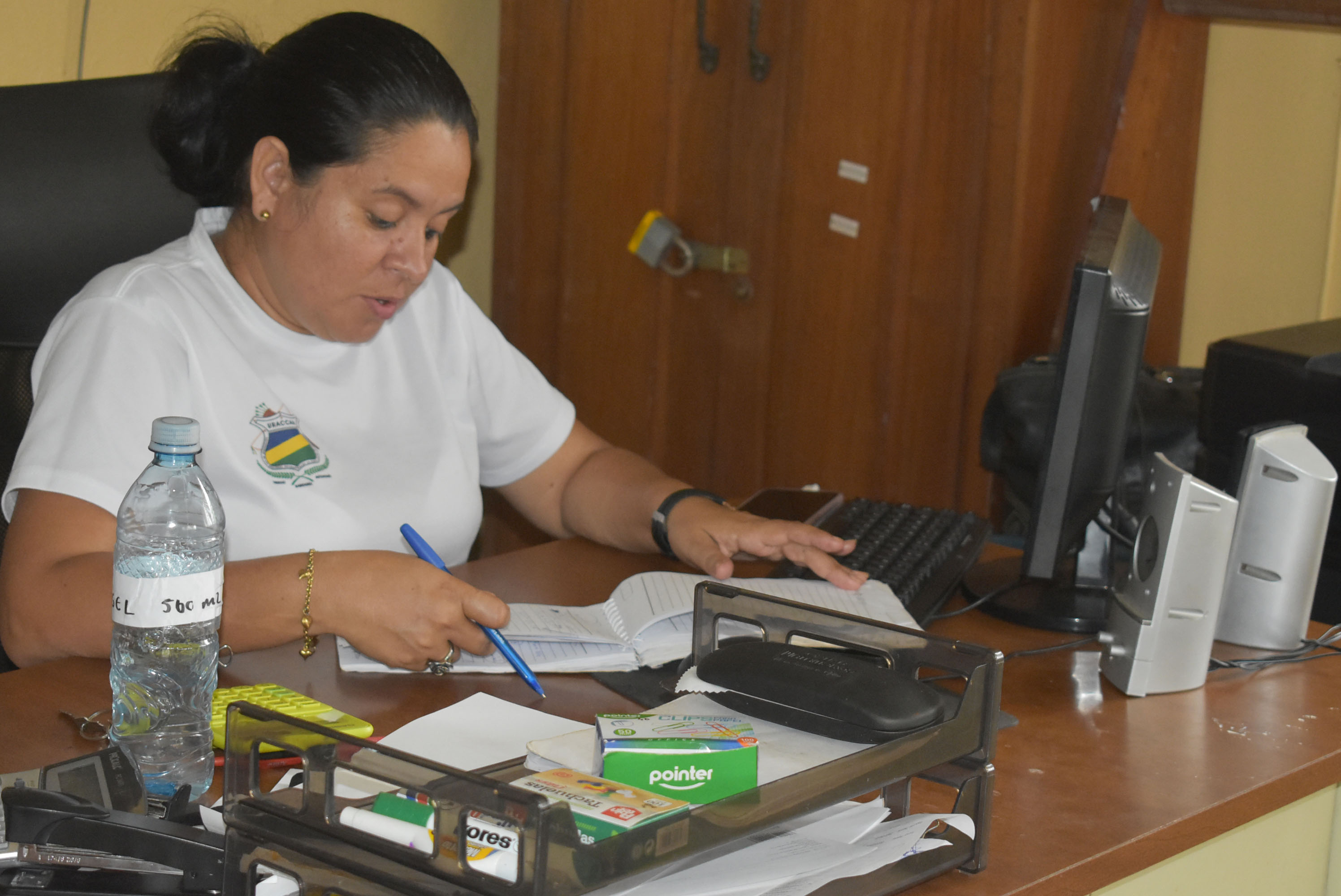 The area of External Cooperation of URACCAN Bluefields campus and the Institute of Natural Resources, Environment and Sustainable Development (IREMADES) met this week to monitor the technical and financial advances of three projects carried out by that institute.

In this regard, teacher Ilenia García, coordinator of External Cooperation, stated that "we review the progress of the three environmental projects that are being carried out, which are linked to the conservation of tapir. We observed progress from the technical-methodological point, preparing instruments and methodology to subsequently visit the communities and thus begin the process of implementing the activities".

Regarding inter-agency participation in these projects, the teacher argued that "there has been good coordination with local authorities and more institutional actors since that institute, which is very positive, in advancing the technical part of the initiatives."

It should be noted that these projects are being implemented in coordination with communal authorities Rama Kriol, in the territories of Awaltara and the Indian Maize Biological Reserve.

In the same context, teacher Xiomara Treminio, coordinator of IREMADES, explained that the meeting also addressed the culmination of a pilot project developed by the institute on the conservation of tapir.

"The only thing missing is some approval activities by one of the leaders, regarding some tools and plans that we have developed, which have not been developed because of the context we are facing in the face of the COVID-19 pandemic."

According to Treminio, this new project is stipulated to be implemented in three years. Progress has been seen in Awaltara territory, as the team has met in a virtual way and coordinated actions, resulting in everything related to planning.

"With them we are working on a tripartite agreement between URACCAN, with the Awaltara territory, and the municipality of la Desembocadura; in this way be able to execute the project and actions; and this requires the approval of leaders and community leaders to work in coordination with them," she said.

Similarly, IREMADES is working on another project, which consists of the internal regulation and conservation of the Maize Indian Reserve, which is executed in the South Caribbean, in Rama Kriol territory.

In response, Treminio stated that "Wile Life Conservation (WCS) funding is available, and will be implemented in coordination with FUNIDES, as entrepreneurship activities will be carried out; working on the coconut value chain, as well as the part of an apiary, for the production of honey; another action is to support the territory in internal regulation, with the creation of some regulations."