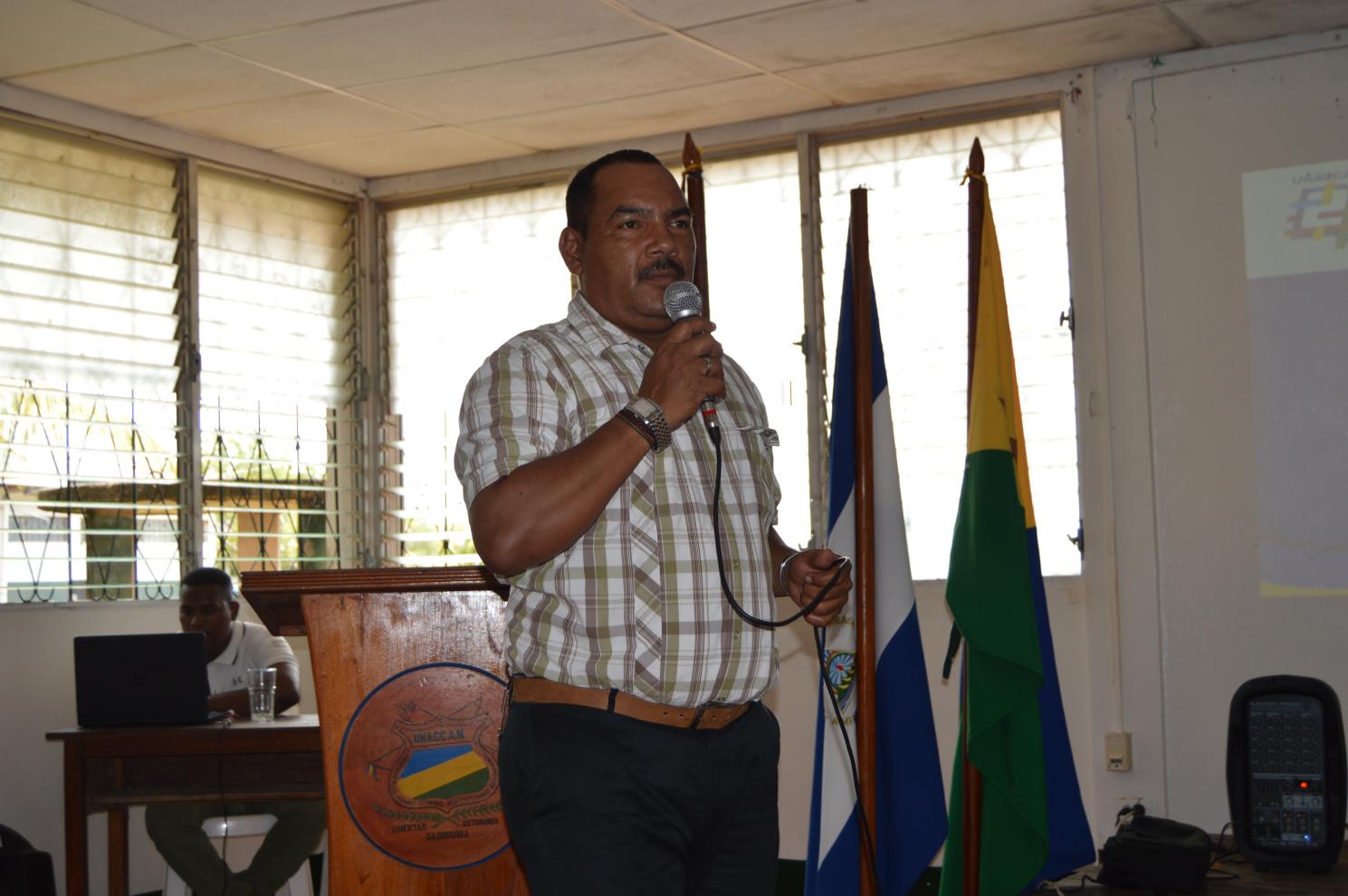 As part of the official launch of URACCAN's 25 years at the Bilwi university campus, promoted under the articulation of the Institute for Studies and Promotion of Autonomy (IEPA), the Institute of Linguistic Promotion and Research and Cultural Rescue (IPILC), Institute of Natural Resources Environment and Sustainable Development (IREMADES) and the areas of Humanities, Legal and Social Sciences and Student Welfare was held the presentation "Contributions of URACCAN to the regional process of the Coast" , led by the Vice-Chancellor General of Yuri Zapata University.

Master Zapata made a brief historiography of the beginnings of URACCAN's formative walking, "URACCAN was built to prevent brain drain," he argued, mentioning that in the collective memory of the inhabitants of the Caribbean Coast there was always a need to create a higher education institution of its own "to develop the processes of formation of human talent," he said. 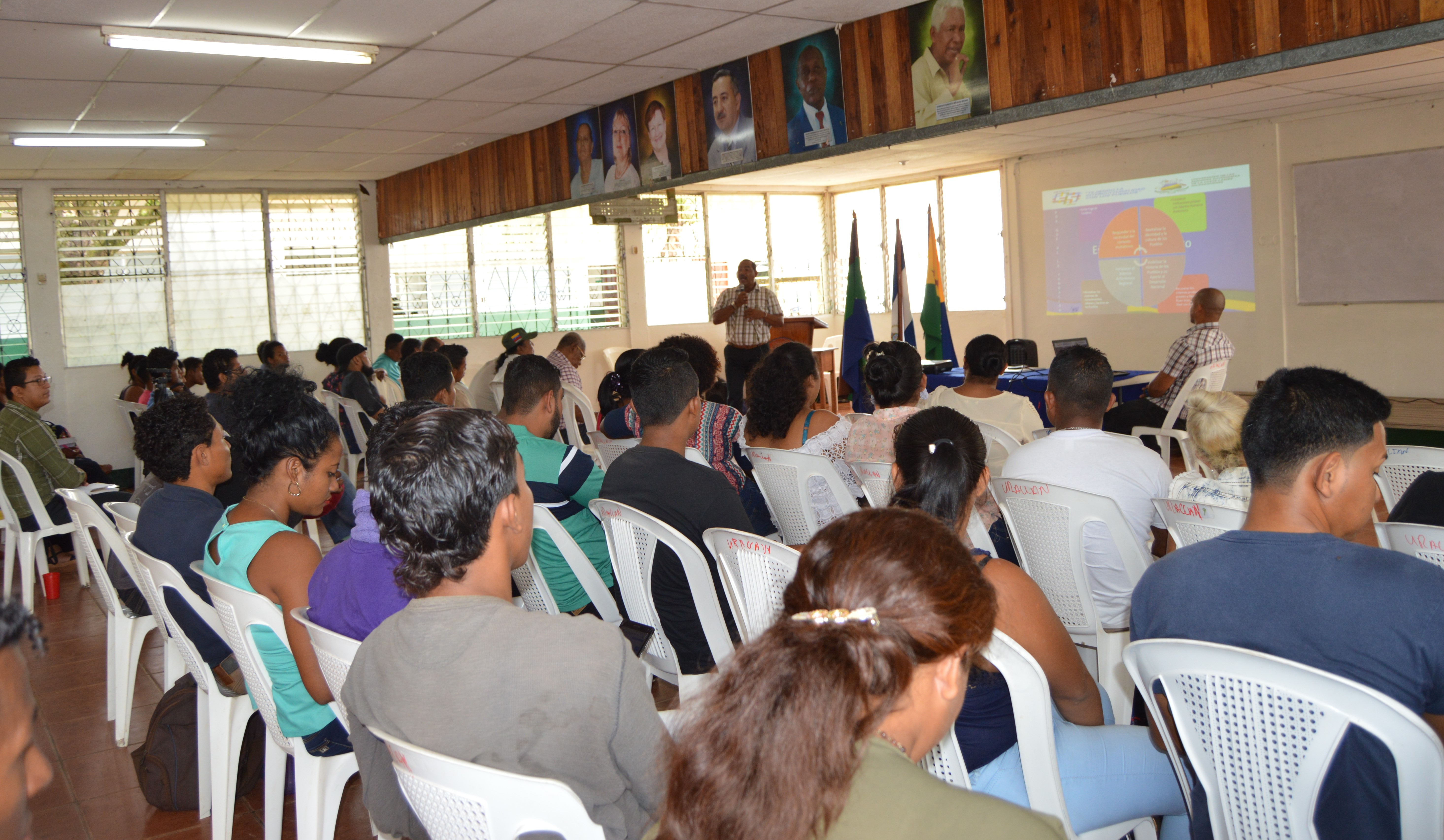 In his speech, Zapata recalled that in the 1970s and 1980s there were some instances and organizations that met with the intention of creating university programs that resulted in a total failure, in those years it was given access to a project called "distance higher education program" where many teachers from the Caribbean Coast managed to study, but never completed their careers Related.

In the 1990s, a group of people concerned about the region's educational well-being gathered to formulate a project for the opening of a higher education body, according to the vice-chancellor, this project is now known as "URACCAN, the Intercultural Community University", because in 1992, URACCAN had the approval of the National Council of Universities (UNC) , to begin the operation as a higher education institution, as early as 1993 it received legal status, but until 1995 URACCAN opened its doors for the entire community, he said.

"Our first students were adults, an average of 38 years, today the average age of students is 16 to 17 years," Zapata said, this is because the Autonomous Regions of the Caribbean Coast now have a university forming professionals committed to the development and management of autonomy, who work for indigenous, Afro-descendant and mixed-race peoples.

URACCAN was born to respond to the need for multi-ethnic contexts, "to have an institution that represented the cultural ethnic diversity of the region, which could revitalize the cultural identity of peoples... also to respond to the regime of regional autonomy," he continued, considering that this house of intercultural higher education was born under that regional regime, Yuri Zapata said.

Master Yuri Zapata, mentioned each of the cross-cutting axes and institutional principles that have been walked through these 25 years of articulation and educational training on the Caribbean Coast of Nicaragua under a philosophy typical of URACCAN, "spirituality is a fundamental element of respect so that our students and our teachers, our administrators are in natural and social harmony , so that things can be done well, to speak of quality, because through spirituality we have to understand the manifestations of joy, of love, of peace, of harmony," Zapata said.

To culminate, the teacher referred to the constant knowledge that has been achieved through the professionalization of human talents working at the university, argued that there are already "14 doctors of the URACCAN", in addition that most teachers have drawn master's degrees and others are in the process of studying.