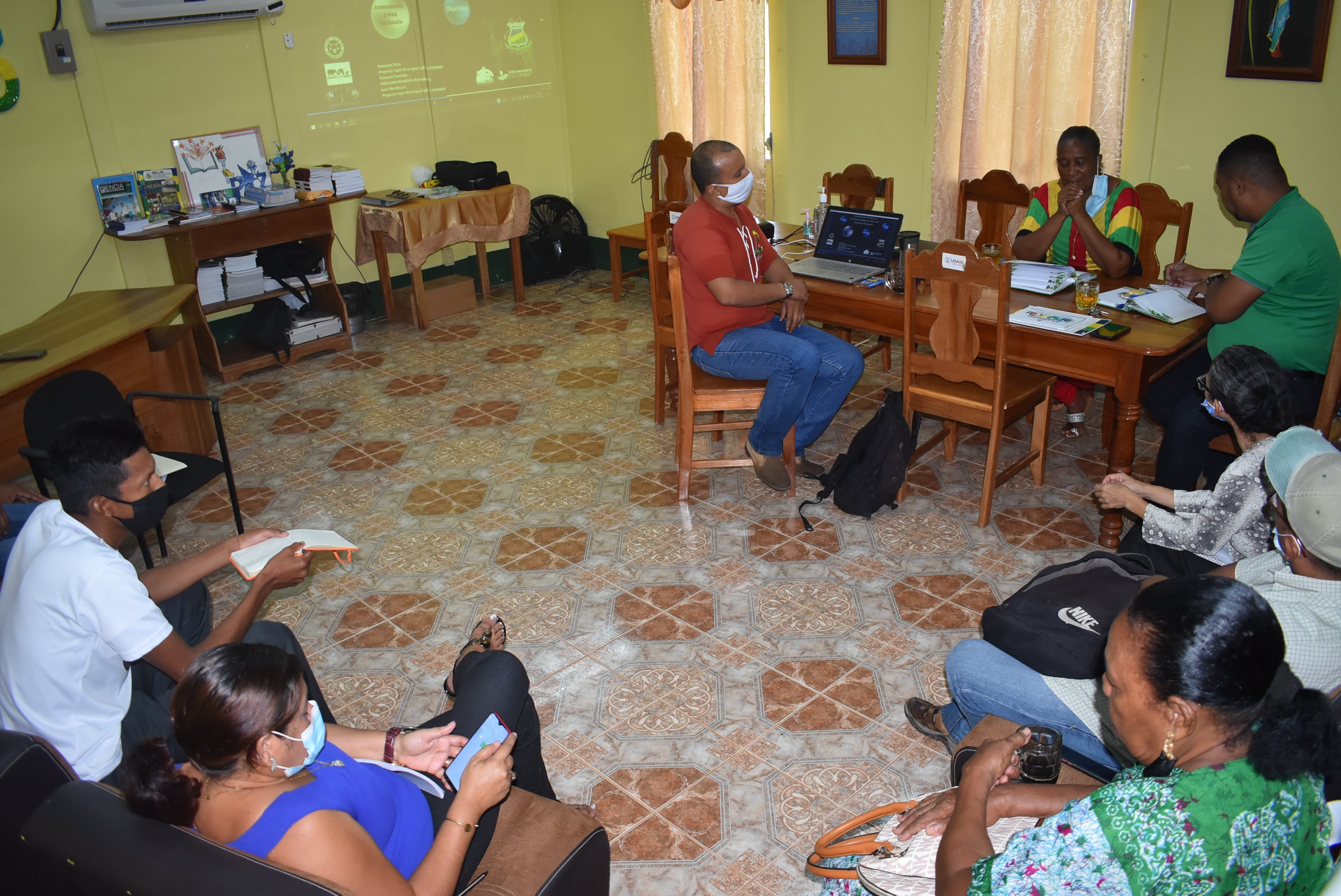 Within the framework of the strategies of preservation and conservation of the species the Tapir on the territory of the Caribbean Coast, promoted by the Institute of Natural Resources, Environment and Sustainable Development (IREMADES-URACCAN) and the Tapir Nicaragua Project, have been articulating actions with territorial governments to work hand in hand with the Indigenous, Afro-descendant and Mestizos peoples of the Caribbean Coast.

In this regard, sessions have been held with members of the Creole Community Government of Bluefields, to present the initiative of these actions and implement them in the territory.

During the session, IREMADES coordinator participated in the Bluefields venue, MSc. Xiomara Treminio; Ing. Juan Mendoza, representative of the Tapir Nicaragua Project; the deputy chancellor of the compound, MSc. Diala López, accompanied by technicians from the Institute.

In this context, each of the actions that have been implemented in the preservation and conservation of this species and the importance it has for the forests of the territory were raised. That is why the interest of carrying out actions in coordination with the Creole Communal Government.

From this perspective, Ryan Downs, first secretary of bluefields' Creole Community Government, said: "This initiative is very important to implement from the environmental side of our region and considering that there are funds to carry out the activities," he explained.

In addition, Downs emphasized the importance of these meetings between URACCAN and the Creole Community Government of Bluefields, for the strengthening and consolidation of the work together, which allows the environmental development of the territory, through the care and protection of flora and fauna.

"Another important point is the awareness towards the population, so that together we collaborate for welfare, in this case the Tapir, also within the project that has the university, the labels are established on the road, to respect the areas where there is access of animals," he added

Finally, the Secretary of the Creole Communal Government thanked URACCAN's initiative for continuing to promote these actions to protect Mother Earth, and for taking into account the participation of Creole government members in implementing these actions.