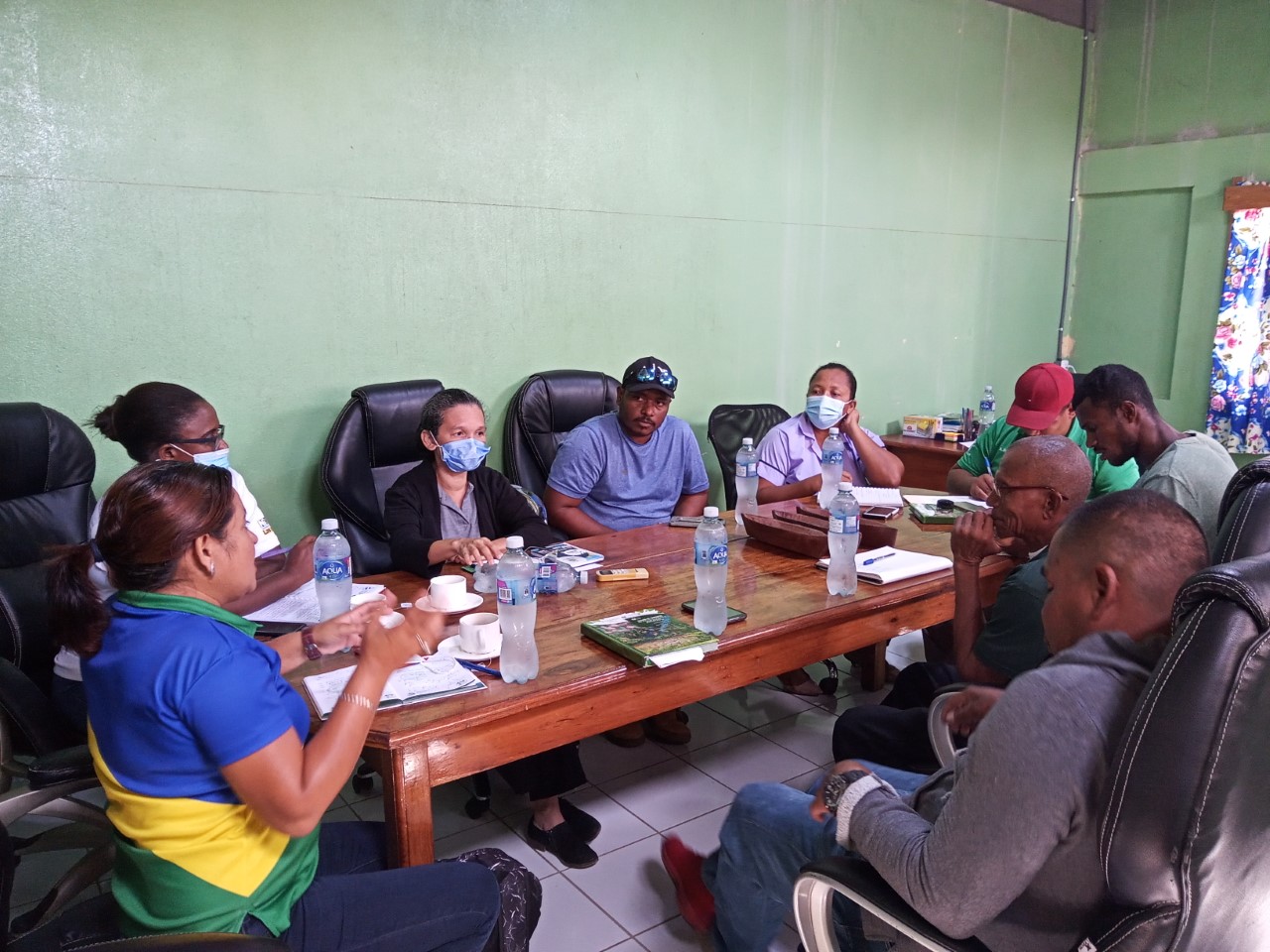 Authorities of URACCAN Bluefields enclosure, in coordination with the Institute of Natural Resources Environment and Sustainable Development (IREMADES), participated in session with authorities of the Territorial Government of Laguna de Perlas, with the aim of articulating the relationship and communication with this body; to strengthen accompaniment in this territory and to create work partnerships, to develop actions together.

Proposal set out at the session

In this sense, teacher Xiomara Treminio, coordinator of IREMADES on the premises, explained that "the board of directors requested accompaniment from the university on leadership issues, in accordance with Law 28 and 445", she said. It also stated that support was sought to consolidate and strengthen the committees of the rules of procedure in the territory on the environment, education, culture and health.

According to Treminio, one of the proposals presented is focused on the opening of a university extension, so that young people from the territory access an Intercultural Higher Education with relevance and quality.

From the environmental side, support in sanitation and a cohabitation plan were also raised that will make known to the different communities, so they consider it important to accompany URACCAN in these processes, as an intercultural community institution.

In this context and because of the importance of these actions, Treminio added that the possibility of an agreement between URACCAN and the Communal Government of Laguna de perlas is considered, carrying out each of these elements, as they comply with the vision and institutional mission and strengthen the accompaniment and impact to the Indigenous, Afro-descendant and Mestizos peoples of the Caribbean Coast.

For her part, the teacher Diala López, vice-chancellor of URACCAN Bluefields enclosure, emphasized the importance of this space to expose the walk of the university, from Intercultural Higher Education, based on the accompaniment to the territory of Laguna de Perlas."We share with them the general lines of the strategic plan 2021-2030, in order to find those actions in which we agree to articulate and contribute to that development with the identity of each of the communities of the territory of Laguna de Perlas," he said.

Finally, López reported that actions were coordinated with the mayor of the municipality, oriented to issues related to education, gender and health; what he considers important to follow in that walk and strengthening of each of the communities.