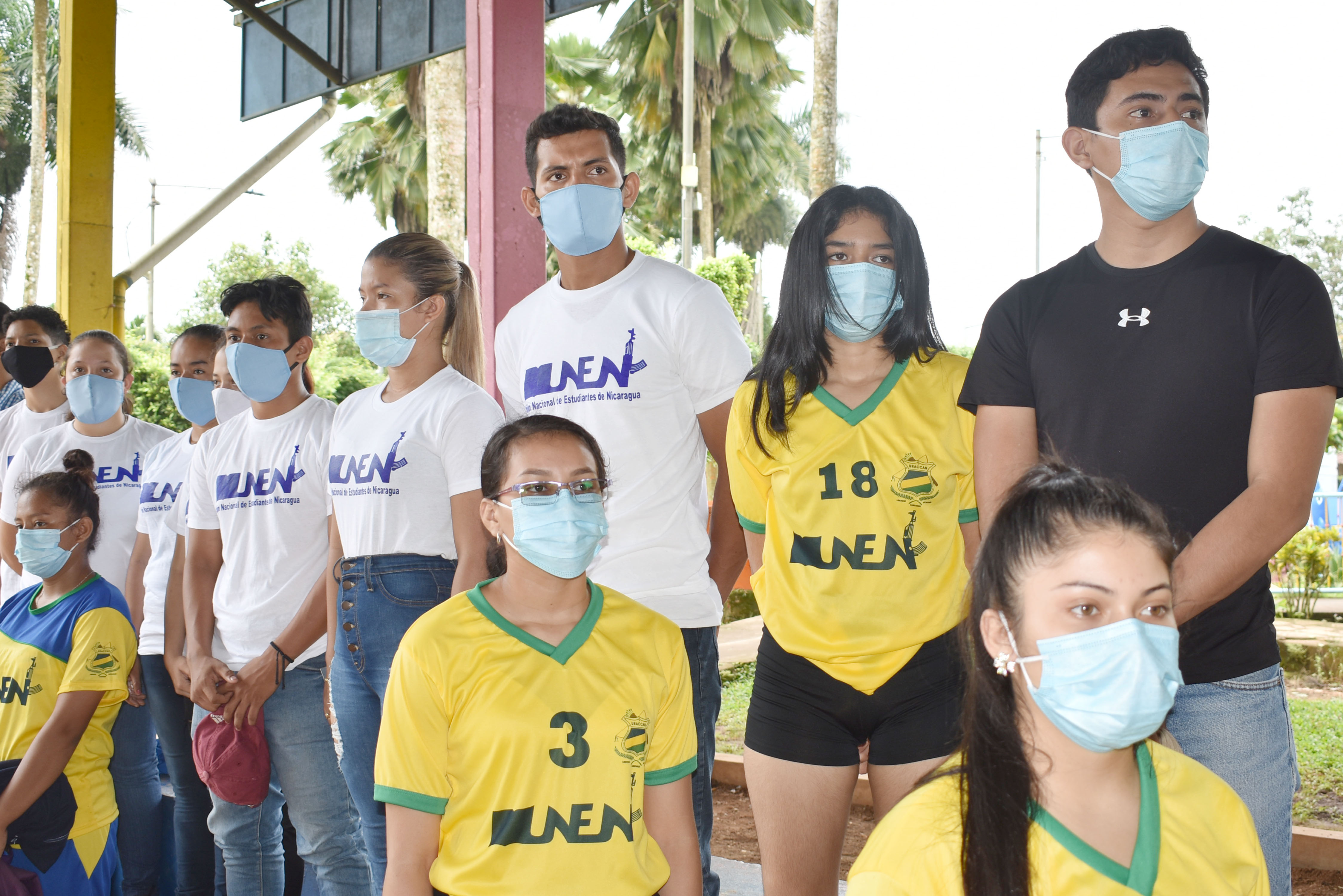 Carmen Rojas: "We here live together as athletes, we make friends, we exchange cultures."

Promoting the value of interculturality among students

The more than 80 young people who participated in a friendly sporting meeting between the New Guinea and Bluefields venues were satisfied, both for their athletic performance and for the bonds of solidarity and companionship promoted by URACCAN, where cultural exchange is also practiced.

For UNEN representatives of both venues, the objectives of the event were met, highlighting the unconditional support of the URACCAN authorities. For Virginia Aragon, student president of the Bluefields campus, "it is an honor to be visiting the New Guinea campus, where students are exchanging knowledge, friendships, since in addition to making this exchange in greeting to the 26th anniversary of our university, it is also that the boys get to know each other and can know more about one precinct and the other."

In addition, the student leader emphasized that these activities strengthen the principles and values of this university. "We are practicing interculturality. In New Guinea there are quite a few half-breed people, from Bluefields come quite creoles and miskitus, which allows to know more about each culture," he concluded.

Katerine Huete, student representative of UNEN New Guinea, said that "it has been one of the best experiences, a fairly friendly meeting; one of the main objectives, which is to interact between students in the venues, has been met."

Huete is also confident that on 17 October the same friendly exchange provision was in place and thanked "always having the backing of our university authorities".

Elton Oporto, a third-year civil engineering student at URACCAN New Guinea, argued that "this meeting seems quite motivating to us, because we were preparing for many days ago, because we knew the importance of the event; so the expectation was met."

In this sense, Carmen Rojas, students of Sociology with Mention in Autonomy of the Bluefields enclosure, stated that "we, when we get here we get a great experience, an exchange of culture and that is that as a university, in its method of learning, there is interculturality and we here live together as athletes, we make friendships, we exchange cultures".

Rojas applauded URACCAN's initiative to promote these spaces where "we are not only in a classroom, but also teaches us to train in values as people."