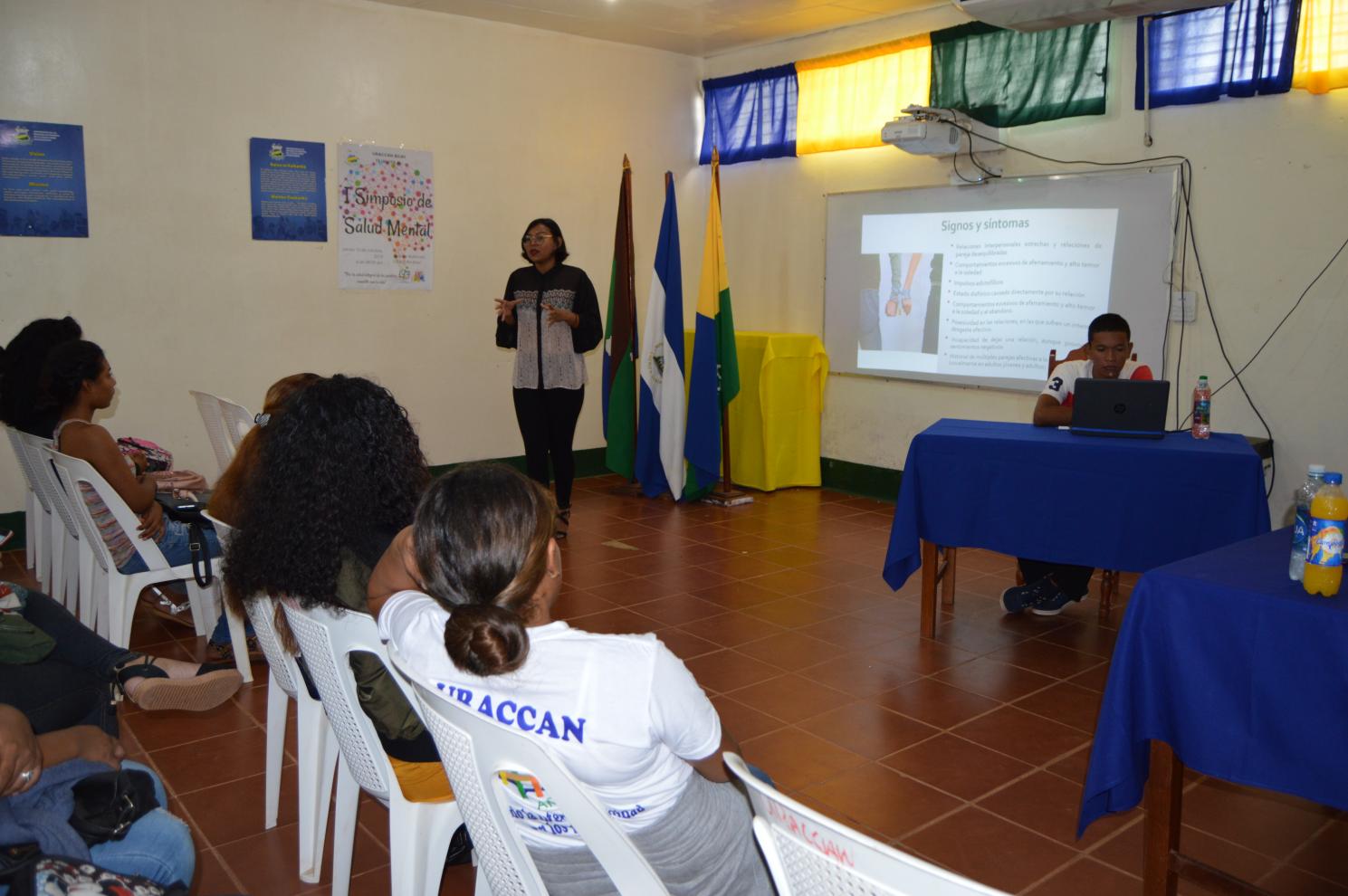 Committed to the company

As part of the celebration of World Mental Health Day, URACCAN, through the Bilwi Multicultural Context Psychology career, held the First Mental Health Symposium, where they addressed topics of interest to the student community.

Among the main topics presented was suicide and self-harm, taught by psychologist Vielka Torres, a professor at URACCAN in Bilwi, who gave some main characteristics that lead to self-harm and therefore suicide, "no one is exempt from taking their own life and that is the need for the university to educate our people on this issue that is of paramount importance to young people and parents" Torres said.

Most of the attendees in these workshops were students from different careers who through registrations decided to participate in the topic that stood out the daily work of their lives, the workshops were based on "Biopsicosocial Consequences of the Use of Addictive Substances", taught by Dr. Lynn Hansack, also "experiences in the neighborhood or community with people who assume psychoactive substances" and "psychological profile of the addict" , led by briggette Bucardo.

In another space, workshops "Diagnostic characteristics of emotional dependence" were held, led by the licensee Ada Rodríguez, who in turn advised young people not to get carried away by toxic relationships and to denounce when suffering any kind of violence in courtship relations, also addressed the theme of "relationship between machismo and emotional dependence" , this was exhibited by teacher Anny Marley and psychology student Michael Morris.

According to the World Health Organization (WHO), "mental health includes our emotional, psychological and social well-being", in this sense, URACCAN extended the call to entities outside the university to participate in this activity, in response, were attended by non-profit organizations who shared their experiences according to the topics set out in the symposium.

Salvador Badilla, representative of the Therapeutic Community of the Maresme mental health services SCCL (CTM), which is a non-profit cooperative that operates in Barcelona- Spain, said that his visit to Bilwi and therefore in the university consists of "establishing mental health networks, establishing networks where there are the necessary resources to give them answers to mental health problems" Pointed out.

With regard to the first symposium created by URACCAN, Badilla argued that she found it a fantastic idea, "when I was told that URACCAN was going to do a day on mental health (...) we always care about physical health but never the health of the head (...) therefore these initiatives have to be done constantly, but come on, URACCAN has the power of Psychology and they are not studying to solve only heart problems, but also problems of the head", emphasized the Spanish citizen.