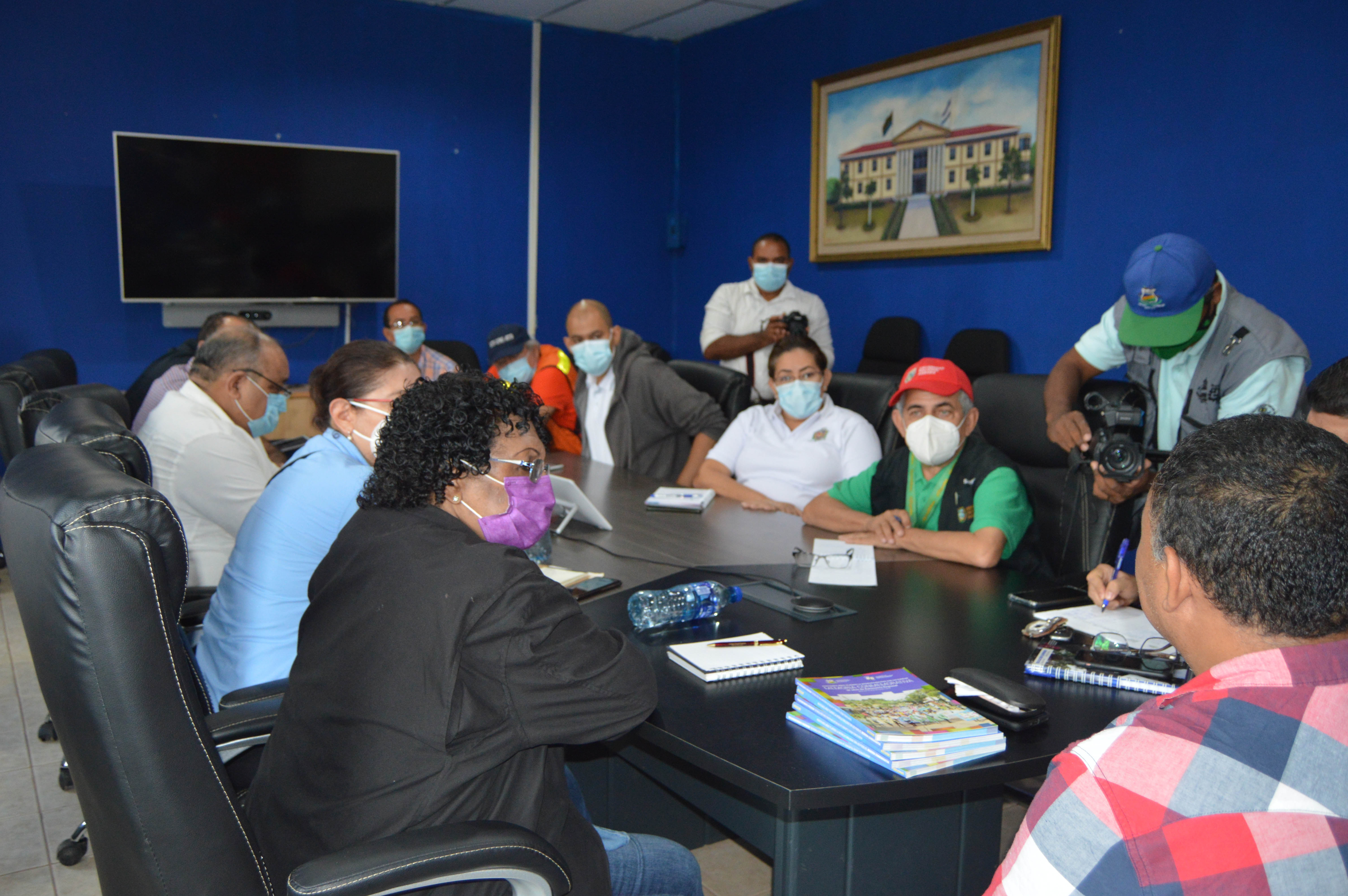 Solidarity and commitments to the Caribbean population

On the morning of this Wednesday, On 02 December, honorable members of the UNC IN THE company of Dr. Alta Hooker, rector of URACCAN, and Enrique Cordón, PhD, vice-chancellor of the Bilwi compound, met with representatives of the Autonomous Regional Government of the North Caribbean, to analyze the current context after the passage of the two powerful hurricanes and, in addition, to stand in solidarity with the Caribbean sisters and brothers who suffered the onslaught of these natural phenomena.

Dr Hooker highlighted the articulation that has been being worked on with the UNC and the regional authorities. "We celebrate Autonomy together and that helps us move faster, the UNC has been keeping an eye on us, its community universities from the outing and fore," she stressed.

Hooker also mentioned the brigades of psychologists, psychiatrists and infrastructure that were sent from UNAN-Managua to support the physical and mental reconstruction of the entire university community of the Bilwi campus. The rector also stated that since the covid-19 pandemic period and now these two hurricanes have been working continuously with territorial governments.

With regard to hurricanes, URACCAN's highest authority stressed that the government mobilized "in a way not before seen, we had Hurricane Felix, and the light took quite a while to return, but now not, the next day there were already neighborhoods that already had their light, then the other neighborhoods."

Another relevant topic discussed at this meeting was the specialization of the region's general doctors, a topic that has been very important to the UNC, URACCAN and the Regional Government, taking into account the construction of the new hospitals in the Autonomous Regions of the Caribbean Coast.

Unconditional support for peoples after hurricanes

For her part, teacher Ramona Rodríguez, president of the UNC and rector of UNAN-Managua, said that these sessions are held for the purpose of evaluating the work of university brigades throughout the North Caribbean territory, "composed of students, workers, administrative and teachers, we believe it was important that the authorities become present to express our solidarity and our willingness , to accompany both the university authorities (URACCAN and Bicu), but also the authorities of the territory".

One of the iconic phrases expressed by both the rectors and rectors of national universities has been "learning in the midst of pain", this means that from the intercultural community universities of the Caribbean Coast we have new knowledge, principles and values, "that trains us as professionals, but also our students, this opportunity is wonderful for us, too , it is something that allows us to share with you that pain that is being lived in the region and to prepare us more sensitively, to accompany you in everything that is necessary," Rodriguez emphasized.

Also, the MSc. Carlos Alemán, coordinator of the Regional Government, stated that the visit of the honourable members of unC And URACCAN means "a solidarity expressed with us (...), the fact that they are visiting us is also recognized as a great contribution by the UNC with the Caribbean".

"We are seeing who is with us in the good and the bad, and as they said, in the most evil ones, and the fact that all the rectors are in such a short time also shows that great appreciation they have with the Caribbean on the part of the universities," German said.