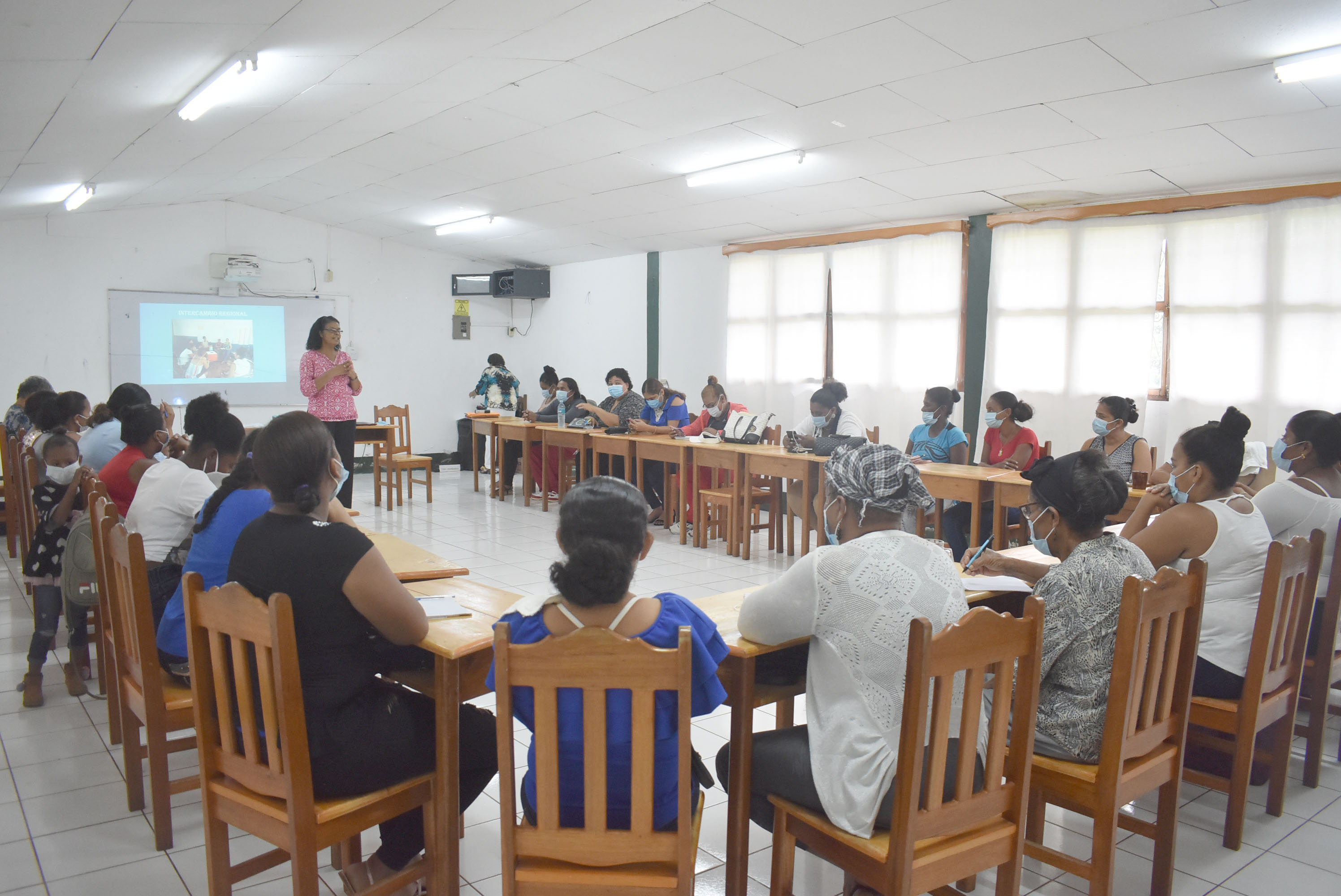 Teacher Antonia McCoy: "What we did was implement that action plan that emerged from the women themselves."

URACCAN's Centre for Multi-Ethnic Women's Studies and Information (CEIMM), within the framework of the Decolonization and Depatriarcalization project for Transformation from Liberating Education, funded by the Norwegian Student and Academic International Assistance Fund (SAIH), conducted an exchange of experiences among women on the action plan resulting from the research-action "Gender Violence and Spirituality".

This meeting brought together 35 women and leaders from the communities where the research was carried out: Laguna de Perlas, Orinoco, Kakhabila, Awas, Raytipura and Haulover; also from Bluefields participated women from the Rama Cay and El Bluff neighborhoods.

In this regard, teacher Antonia McCoy, coordinator of CEIMM, explained that this process that has been worked on with these women is an action plan as a result of this research, where awareness-raising and awareness-raising activities proposed by themselves were established.

"This research was carried out two years ago, this year what we did was implement that action plan that emerged from women themselves and we closed that process with the exchange of experiences," she said.

"The main objective of this space was to bring all women together for the first time and precisely to exchange their ideas, their learnings and what they have put into practice during the year of work and continuous training on issues of violence, discrimination of women's rights, indigenous peoples, the path to justice for women, self-esteem , among others; it was quite a thematic plan that was developed with them and they in 2019," the CISMM coordinator concluded.