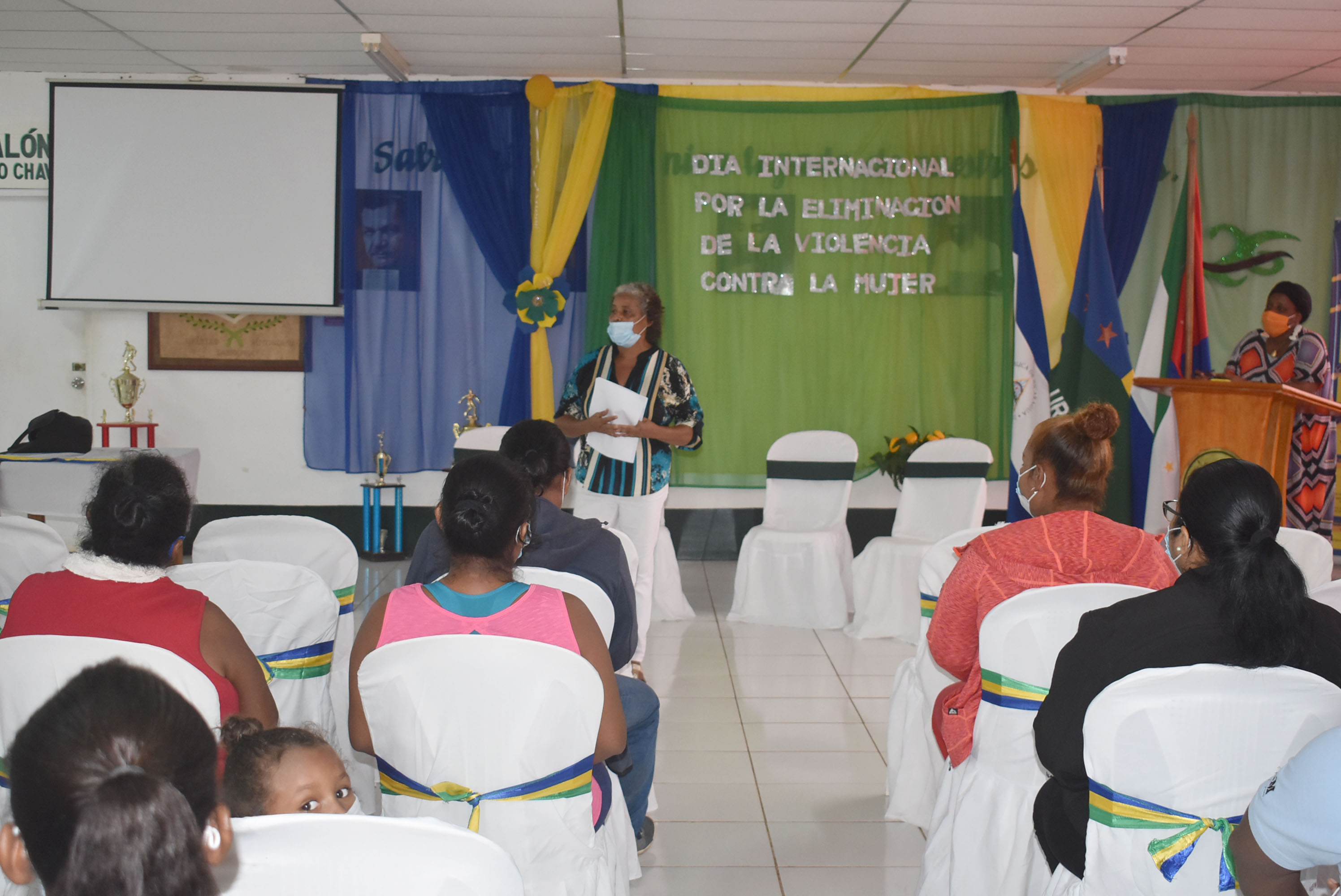 Participants suggested that these activities should also take place with children.

URACCAN's Center for Multi-Ethnic Women's Studies and Information (CEIMM) contailed the International Day for the Elimination of Violence against Women, with the participation of women from Bluefields communities who were part of the "Gender, Violence and Spirituality" research, as well as members of the university.

In this activity, students of the fourth year of Psychology in Multicultural Contexts dramatized cases of domestic violence that are lived daily in society that in many situations end in tragedy because they do not have free information about their rights.

In the same sense, teacher Antonia McCoy, COORDINATOR of CEIMM at the Bluefields venue, explained that "for the first time we had the opportunity to coincide and unite the two activities, the meeting of women and the commemoration of the Day of Non-Discrimination, in this space we were able to convene women from the communities who have worked with us in the Gender research , violence and spirituality".

"It is this space that there was a representativeness of the 35 women who participated and shared their experience of experiences in their communities, on how they address the issue of violence and discrimination," McCoy explained.

One of the participants in the Rama Cay community expressed her appreciation with CEIMM and URACCAN for the training they have received on issues of discrimination, violence and self-esteem, and suggested the creation of spaces where they could include children to know these issues and to be trained under the intercultural gender perspective, so that there would be real change in society.

Finally, the CIS coordinator said that "this space, year after year, we do so to continue to raise awareness and share the importance of this day with the educational community".

At this event, students who won at the venue level were invited to the student arts against violence and discrimination competition held by this center, who shared some of the products they made in this contest and were given the award in recognition of their participation.