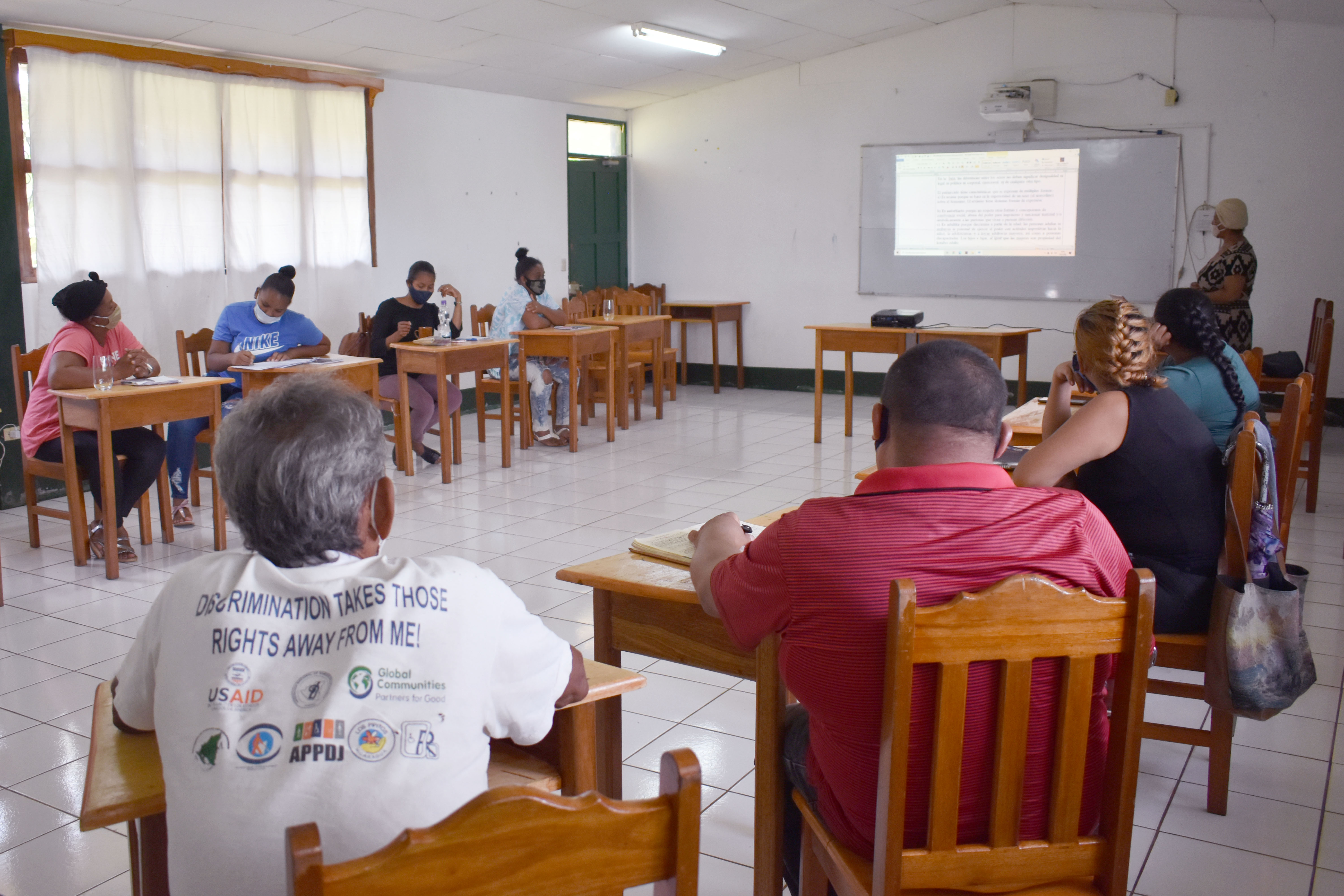 URACCAN promotes inclusive education, based on its intercultural approach to gender

URACCAN's Center for Multi-Ethnic Women's Studies and Information (CEIMM) at the Bluefields campus, he developed the fourth methodological meeting of university-community activist discussion seminars with the theme "Decolonization and depatriarcalization from liberating education with a gender intercultural perspective", where LGBTIQ+ groups, people with disabilities, survivors of violence, single mothers, indigenous and Afro-descendant communities participated.

The CIS coordinator at Bluefields, MSc. Antonia McCoy, stated that "we have seen in this fourth meeting the themes around the conceptualization of decolonization and depatriarcization and liberating education, since from the university we consider them important, as well as for the group with which we are working, taking into account the educational model of the university, which is an important education, because it seeks to integrate these different groups of people existing in our society".

According to Teacher McCoy, this process takes place "since last year and ends with an action plan that has already been drawn up by the groups, so the next meeting will proceed to the presentation of this plan to the different instances that are in the city and that can respond to the problems they face and present in their plan".

Ms Luz Aguilar, activist of the group of single mothers, explained that "the methodological system that we have been developing in these spaces provided by CEIMM has pleased us, has made us keep the group active, because the main idea of participating in these meetings is to present the proposals of the most vulnerable sectors in society and we can have an action plan that solves many problems and social challenges that we live."

In this order of ideas, Ricardo García, activist of the LGBTIQ+ community, stated that "we from this space provided by the university prepare a document in which our proposal for LGBTIQ+ actions is detailed, the document collects a history of struggle as a group that seeks to establish respect for our rights".

"We propose as citizens a dignified education, where there is no discrimination, as well as comprehensive and dignified health care, and that the collective has the same job opportunities as anyone in society," Garcia added.

The document will be presented first to the URACCAN authorities and then to authorities of the Ministry of Health, Education and other institutions that ensure the rights of the population.