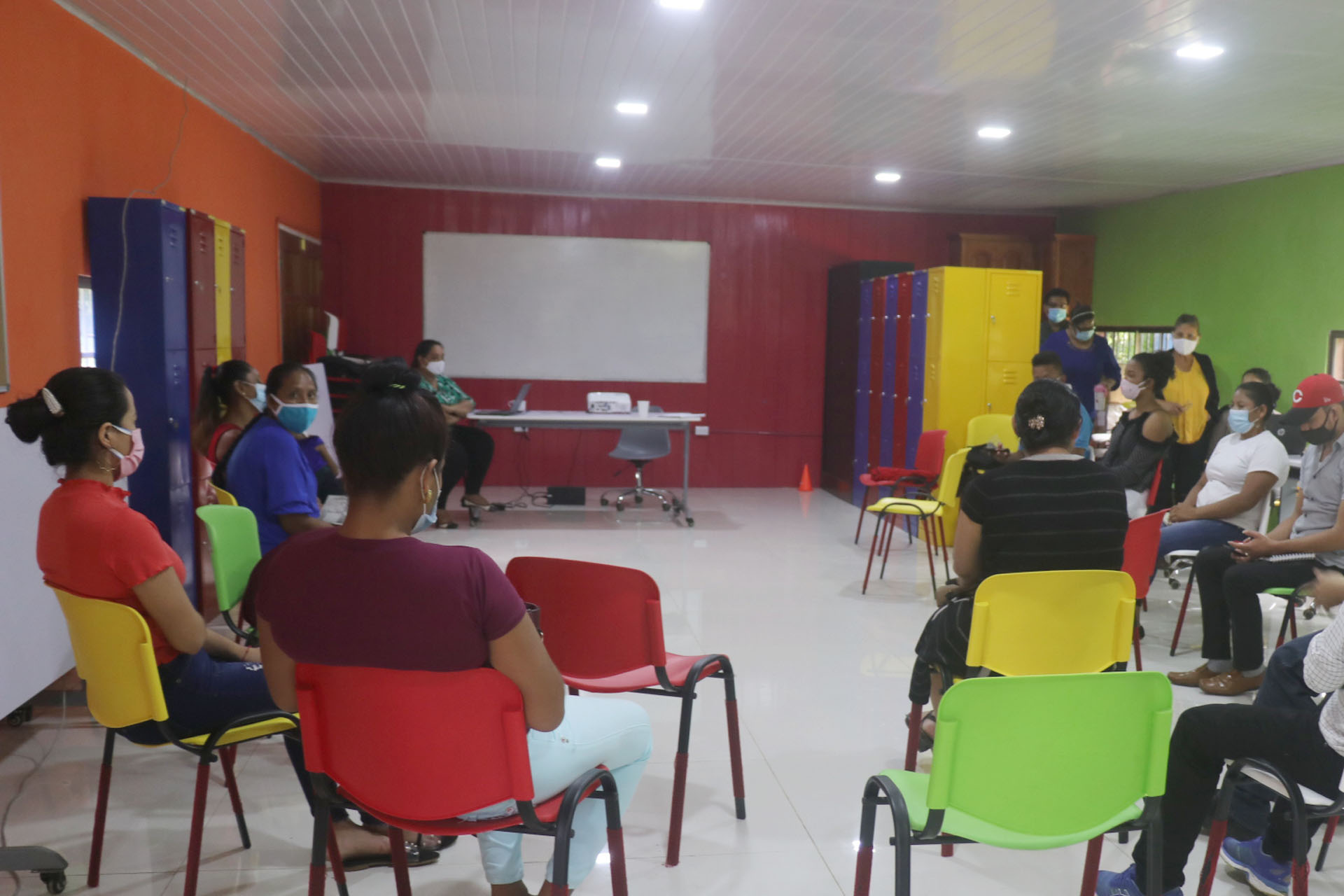 For two days, a group of men and women, with disabilities, single, indigenous and Afro-descendant mothers of Siuna, participate in the fifth meeting of the seminar entitled Debate of Activists, which is held from the Center for Multi-Ethnic Women's Studies and Information (CEIMM) of URACCAN at the Las Minas campus, on its campus in Siuna.

CEIMM coordinator in Las Minas, Jacoba Dávila Molina, Ph. D, he said the seminar is called the Activist Debate, made up of five groups: Afro-descendants, indigenous people, single mothers, women survivors of violence and people with disabilities, and today it continues but has already had several meetings.

"We are now developing the module with topics that have to do with liberating education, co-education, which is part of how we want the inclusive education model and today we start to know the Pedagogical Model that URACCAN has and from there work on proposals," said Dávila Molina.

The academic said that it is a question of proposing actions of an inclusive education, where these populations are not discriminated against. Dr. Dávila also explained that "the idea is that since the university's action we have been working on how to make that inclusive education and that there is access for the different groups of Caribbean society".

For her part, Margot Morales Cálix, a graduate of Social Sciences with mention in Local Development and a single mother, said that this process has been of great importance to her, because she has been able to get ahead little by little. Morales managed to finish his career and is in the process of defending to earn his bachelor's degree.

"It's not easy for you as a single, young mother on the street to tell you why you're alone and bullying you by saying you're violent, but you know how little has been progressing, it's not easy, but it's getting ahead. You try outside to be very strong, trying not to get hurt or emotionally affected by what you're told, that's why we're a group of activists looking to include ourselves within society and we've learned that in this seminar," Morales Cálix concluded.