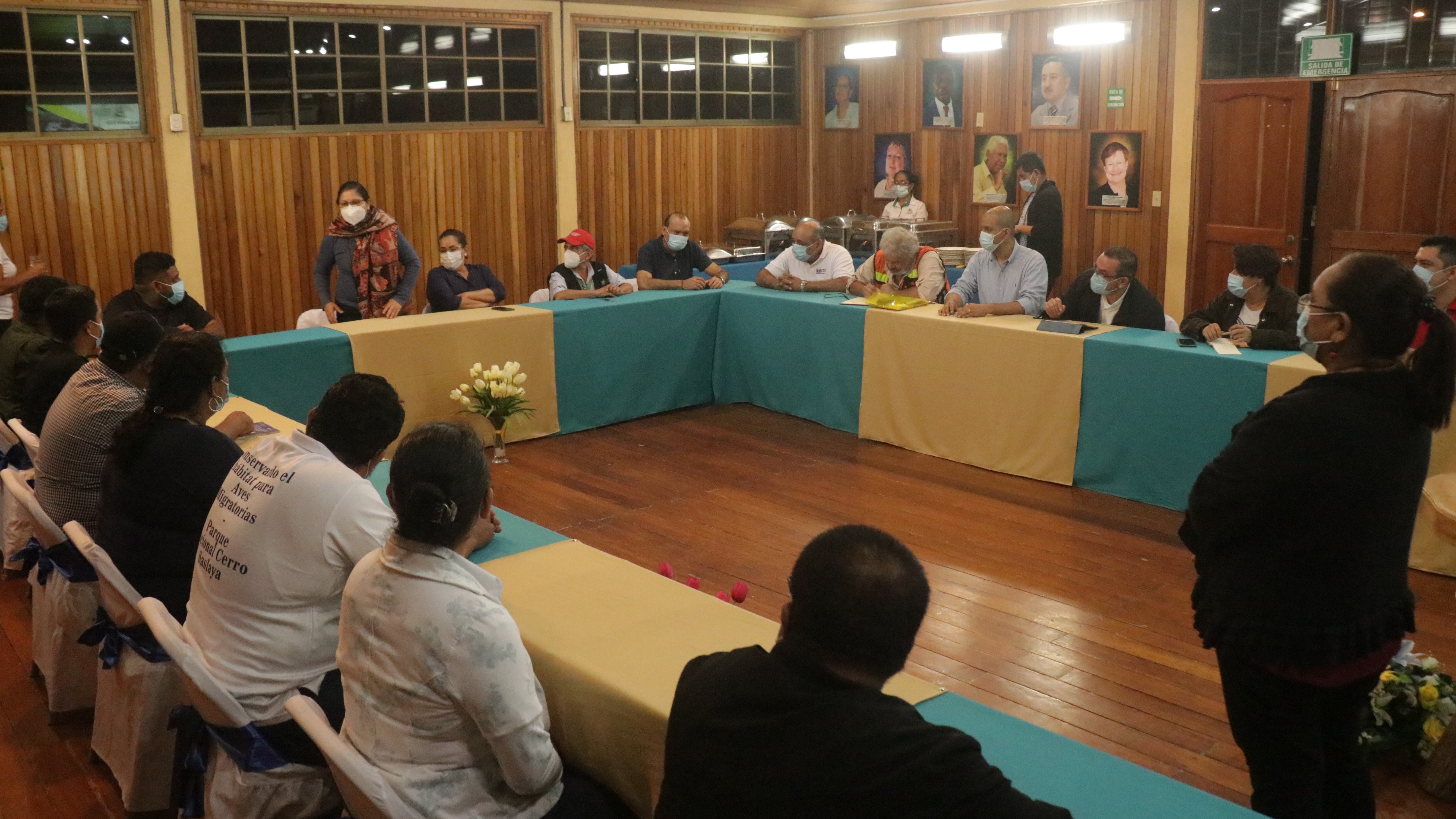 Friar Carlos Irías: "Where pain dwells, love is emerging, and both bring out the best in the human being."

The authorities of the National Council of Universities (UNC) have armed the two coastal universities, Bluefields Indian and Caribean University (BICU) and the University of the Autonomous Regions of the Nicaraguan Caribbean Coast, as well as the population of the North Caribbean for the damage and affectation caused by Hurricanes Eta and Iota.

This was expressed by the teacher Ramona Rodríguez, president of the UNC, on her way to Siuna, where she was received by Dr. Angélica Leonor Ruiz Calderón, vice-chancellor of URACCAN Las Minas and municipal authorities.

The UNC made the decision to take the tour because they have more than 600 university students, workers and teachers who have been displaced since November 19 throughout the territory doing an accompaniment and damage assessment, and that allows them to have an approach and know the worldview of the population of the Caribbean Coast, explained Master Rodriguez.

The president of the UNC reported this is an accompanying visit, but also of solidarity with the two sister universities of the Caribbean Coast that were affected by the two hurricanes, especially URACCAN which had impacts in their different enclosures.

"Also express for you our solidarity and tell you that as universities we are contributing in every way possible.We have contributed to academics, specialists to make a psycho-emotional accompaniment, with construction specialist and with all that is required," she said.

Ramona Rodríguez said they have told URACCAN Rector Dr. Alta Hooker of her willingness to support her in everything necessary for the reconstruction of the affected enclosures.

Alberto Sediles, rector of the National Agrarian University (UNA), said they are accompanying the people of Nicaragua's Caribbean Coast to contribute as much as possible, with the UNC effort to assist in the restoration and support of families who have suffered the onslating of the two hurricanes that impacted the Caribbean.

Carlos Irías, rector of the Antonio Valdivieso International University (UNIAV), stated that the aesthetics of URACCAN are part of the meaning of "care", since "when we relate to life from care, then life flows, life continues to emerge and that is what happens here in URACCAN, because there has been a dramatic situation".

The rector of UNIAV also said that "as the relationship of life comes from care, that means that we will resurface, that we will succeed and as the rector Alta Hooker says, we will rise up, and that is why we come closer to where the pain has inhabited these days, to testify that where pain lives is emerging love , and both bring out the best in the human being and it is best to unite, to heal our wounds."

Arturo Collado, unSC technical secretary, argued that close work is under way with Caribbean universities and with the needs of the population and some resources have been allocated with the necessary talent to contribute, as the Government and various institutions do, with the accompaniment that students of universities do as part of their training and the work of the UNC is to learn in the Caribbean.

The UNC will hold a separate meeting with the two Caribbean universities in Bilwi and will subsequently meet with regional government coordinator MSc. Carlos German Cunningham and other Caribbean authorities.