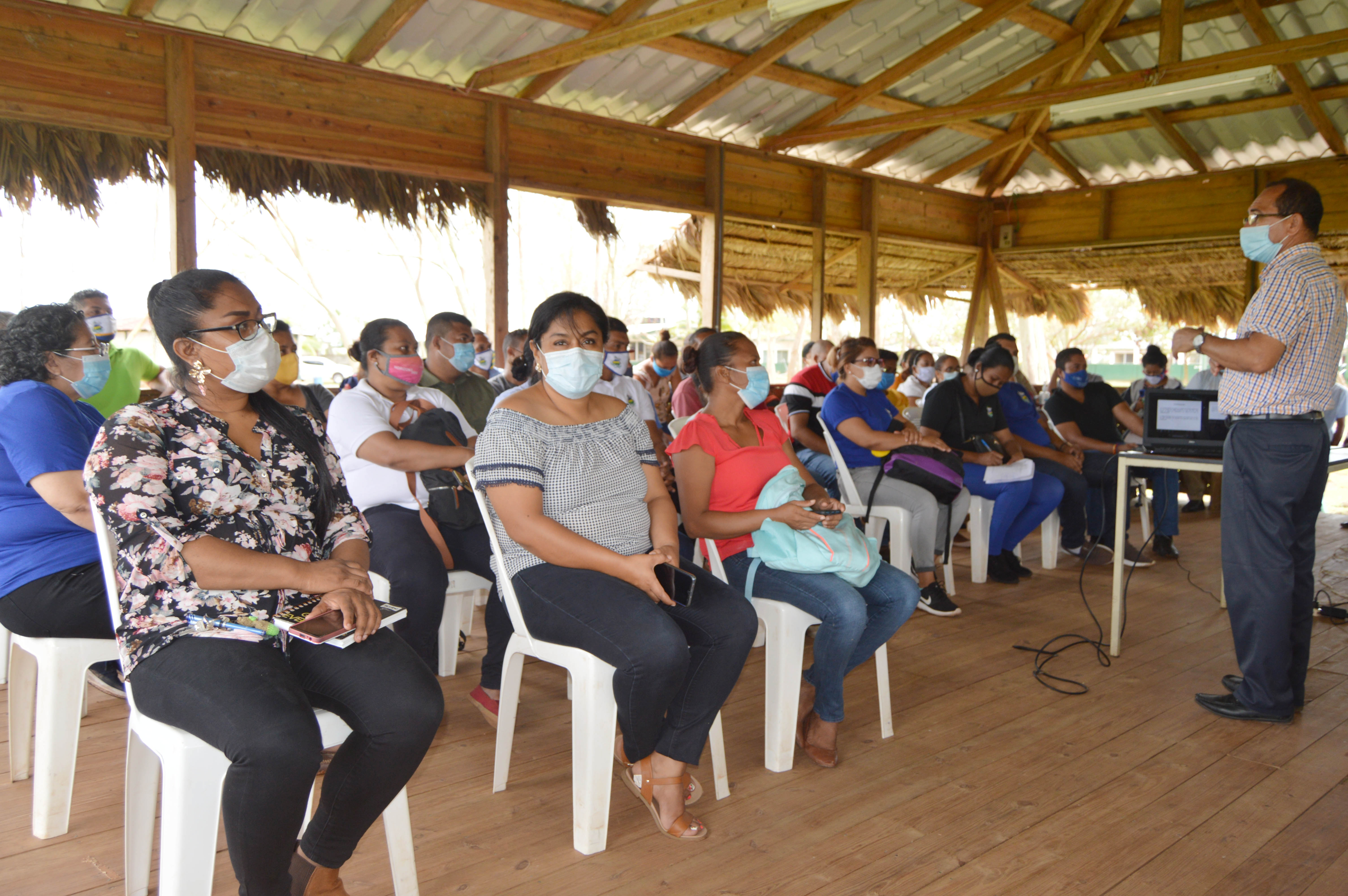 Phd. Enrique Cordón: "The quantification of damages is estimated preliminary in an amount of US$ 1.89 thousand dollars".

Reporting of damage caused by Hurricanes Eta and Iota

At the premises of the Intercultural Classroom, Dr. Enrique Cordón, vice-chancellor of the Bilwi compound, met with the administrative guild and the teaching guild to present to them the report of the evaluation of damage caused to the facilities of this university campus by hurricanes Eta and Iota.

In addition to presenting the damage, a budget projection was also made and how to rehabilitate the campus, as well as "the steps to follow to restart all the academic processes that we are developing," he said.

Cordón said that, "in the case of the Bilwi enclosure, between 90-95% of its infrastructure was impacted: classrooms, auditoriums, library, laboratories, wineries, offices, recreational areas, among others, being a total of 42 buildings built of concrete and wood".

It should be mentioned that commitments were made on the part of the guilds that route the constant procedures that are carried out from the venue. "They are going to look for a space to relocate while creating all the necessary conditions, but more than that, the commitment was that they would put all of their efforts to conclude with the academic calendar and support the rehabilitation and restructuring of the university," he said.

The report stated that: "The quantification of damage is estimated preliminary in the amount of US$ 1.89 thousand, this based on the diagnosis of damage to the entire infrastructure," Cordón said.