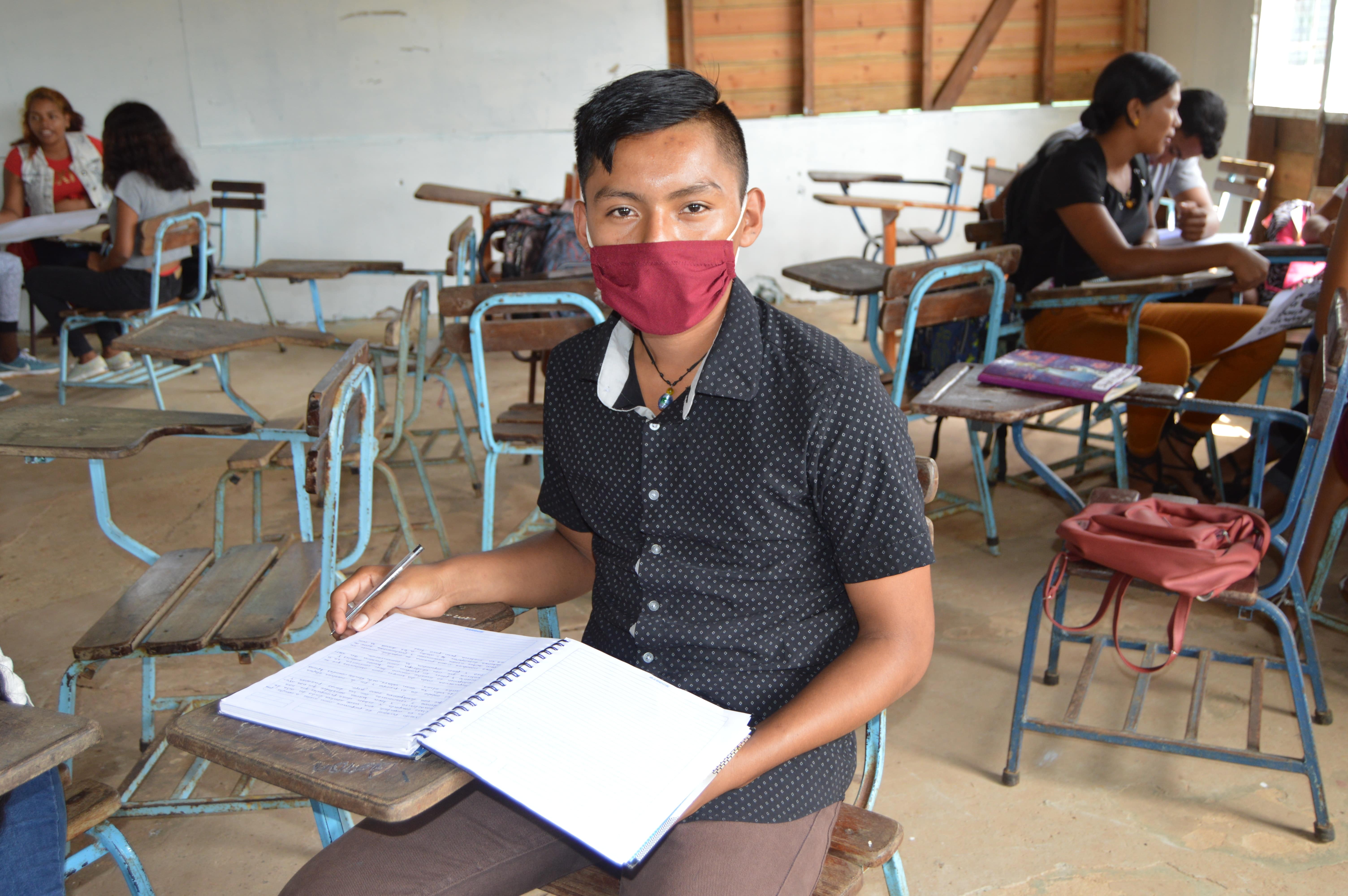 The 18-year-old aspires to become a civil engineer. García believes that studying at this university is a new challenge for his life, in addition to having direct communication with the other indigenous peoples, Afro-descendants and half-breeds of the Nicaraguan Caribbean Coast, "I like the specific place and career I decided to opt for," he said enthusiastically.

Also, Garcia narrated a little about his experience in primary education, "it was 3 years that I studied there, I got good experience, I was able to relate well to my teachers, I also liked the practice of values, and cultures," he said.

In addition, he rated his time in high school as a positive experience, which has strengthened the new ideas he will project in his current university life, "that's where I learned to develop new ideas and also have competencies with students, helping each other regardless of origin," he stressed.

According to García, so far the greatest impact it has had with URACCAN has been to know its values, the mission and vision, which make up the institutional philosophy, where professionals are trained with humanistic sense, innovation and entrepreneurship and committed to the different cultures of the Coastal peoples.

Finally, Garcia said he chose Civil Engineering, because that way he will contribute to the development of his community and surroundings, "it is the career that I like, I like to make designs, help others to have a better economy within the country (...); in some places yes (I would contribute), because in some places there are no roads, we know that Civil Engineering is not only to make roads, also to make designs, I like also because I can draw, make plans, and that was what caught my attention the most in this race," concluded the student.