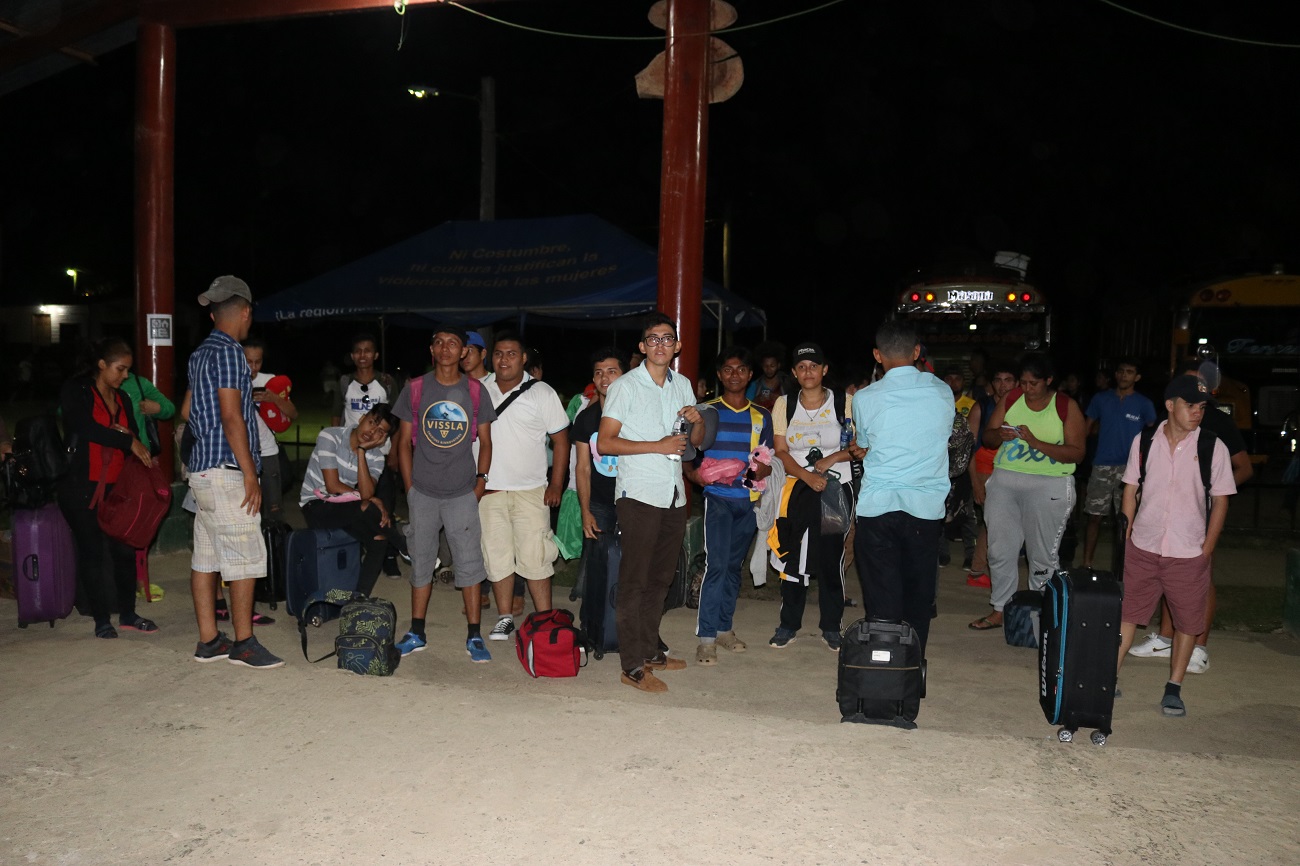 Dedicated to URACCAN Institutes and Centers

As saturday afternoon fell, all 300 students arriving responding to delegations from the Bilwi, New Guinea, Bluefields and Bonanza, Rosita and Waslala campuses, with the purpose of participating in the Eighth Student Congress of URACCAN to be held this Sunday, February 23 of the current, on the Siuna campus of the Las Minas campus.

In this sense, Félix Araúz of the National Union of Students of Nicaragua (UNEN-URACCAN) of the Siuna campus, said that they have organized the hostels, which are divided a group to serve women in a business administration pavilion, and in the pavilions below will be the men, also stated that "there are about 300 delegates who will be present at the student congress".

The congress is being dedicated to the URACCAN Institutes and Research Centres as a recognition of their contribution to strengthening the autonomy of peoples on the Caribbean Coast.

Welcome from the Las Minas venue

The Msc. Ariel Chavarría Vigil, Academic Secretary of URACCAN welcomed them on behalf of Leonor Ruíz Calderon Ph. D, vice-chancellor of the Las Minas compound, "on behalf of Dr. Leonor Ruiz we warmly welcome you to this venue and hope you feel at home," said the academic secretary.

For this Sunday, February 23rd, the eighth UNEN URACCAN student conference is scheduled to start with the presence of the URACCAN authorities, and former UNEN presidents from the four venues and special guests will also attend.

Jehú Castro, president of UNEN- URACCAN Bilwi venue, said that among the participations that make up the delegation of that venue, is the dance group that will share with the participants in the congress indigenous dances of the region, in addition to the formation of "60 students, 50 of Bilwi and 10 of the extension of Waspam".

Virginia Aragon, UNEN president of the Bluefields venue, said the journey path of more than 400 km "was a nice experience the journey from that city in the southern Caribbean to Siuna, where a delegation of 50 students participated in the student congress," he said.

Also, Katherine Huete, president of UNEN- New Guinea, said that the experience is unique because 50 delegates from that Campus come with participation of cultural numbers and the candidate for Miss URACCAN that has been preparing for several months for this event.

It should be mentioned that the candidate for Miss URACCAN Bluefields, could not arrive in this delegation, because she is also participating in a national event and therefore will be absent in the competition this year, but they will support the other candidates, Aragon said.