Skip to main content
The reconstruction of infrastructure affected by Hurricanes Iota and Eta is advancing, in leaps and bounds, 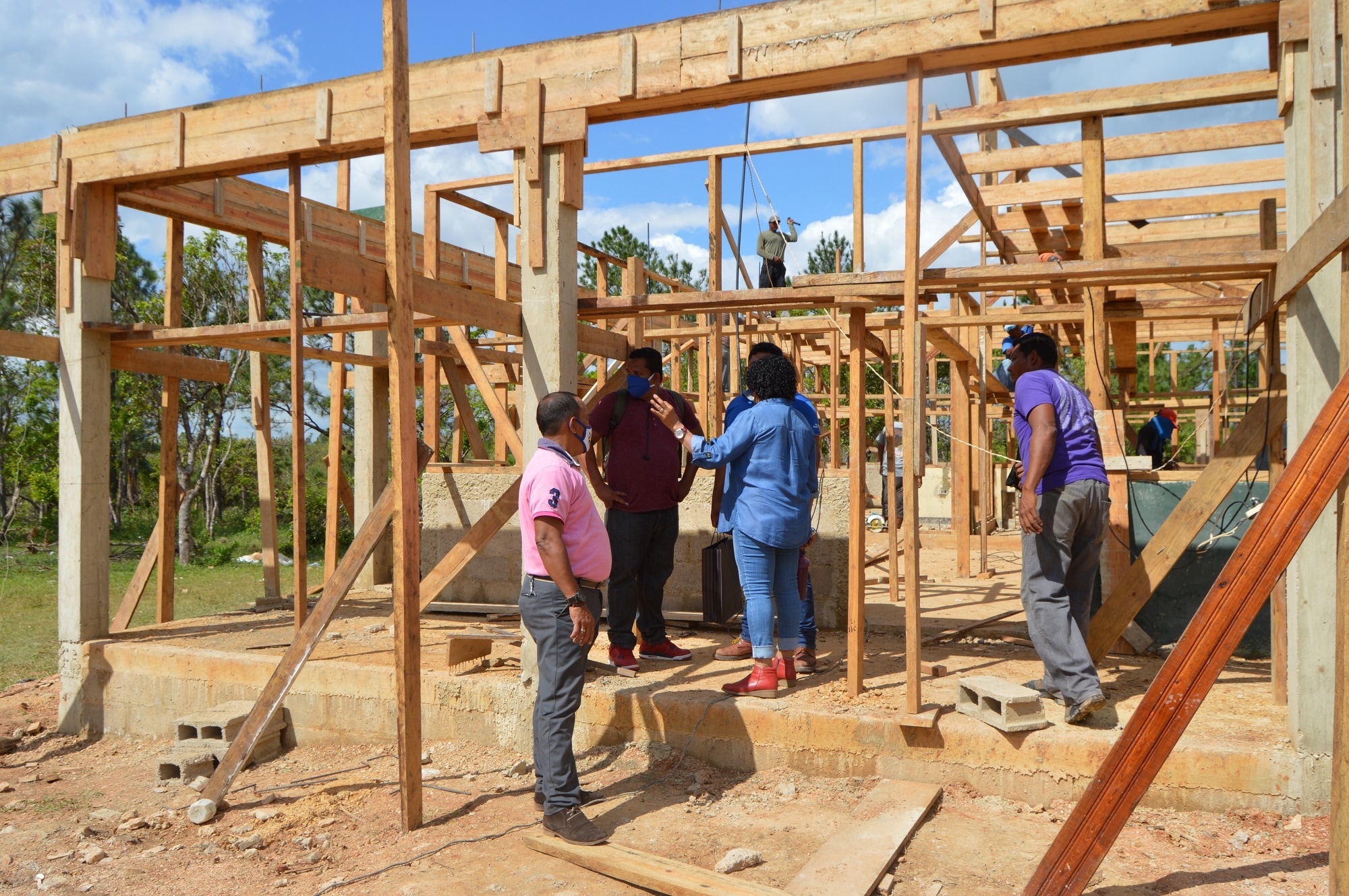 According to the report delivered to the National Council of Universities (UNC), 94% of URACCAN's Bilwi enclosure infrastructure was destroyed after hurricanes Iota and Eta passed, so URACCAN authorities, headed by URACCAN Rector Dr. Alta Hooker Blandford, began the process of rebuilding the infrastructure of this site, since November 28, 2020.

According to Hooker, it began with the work of rebuilding the classrooms, despite all the efforts, however, it could not start with the propedeutic course this past January 06 of the current year, as planned in the academic calendar, waiting until Saturday 09 and Monday 11 of the current, explained the rector.

"We started with module 1, we have expanded the classrooms, (...), there are 4 (classrooms) in this first module, in the second there are another 4, in the first one is prepared for 40 chairs, the other only 25 or 30," Dr Hooker said.

Another of the buildings that was completely destroyed by Hurricane Iota was the teaching room, but "that's already repaired, it's in good condition," said Hooker, who added that, "the dining room is being improved, so that it has the conditions ready, (...) in the first stage is module 1, module 2, the dining room, the bathroom battery, the medical students' residence, the science lab, (which is already ready), there is the rectory office, those are the first infrastructures we are investing in," said URACCAN rector.

The rector also stated that 6% of the UNC was supported, "who also came here to visit us to see what conditions we were in, but also, each of the universities gave donations in zinc, there was food, clothing, we have had financial support from friends who have always supported us, such as SAIH, Sei So Frei and other organizations. It is important to mention that all the guilds of the universities came together, raised funds and also sent it to us, there has been (support) in a personal name like Professor Guillermo McLean who made us a donation," he added.

According to the URACCAN authorities, by January 20, 2021 the buildings that are currently being rebuilt in this first stage will be ready, "there are already spaces prepared for students, so that they receive the school year in good condition," Hooker said.

Finally, the rector emphasized that the Intercultural Community University is waiting with open arms to all who wish to be part of this great family, "who regardless of having been hit with hurricanes, we have risen up, we have been rebuilding; the most impressive thing is that no one has left us alone, telling them that, with all our heart, we're still here, and that their university is stronger than ever," Hooker concluded.

Preparations for the 2021 school year

For its part, the PhD. Enrique Cordón, vice-chancellor of URACCAN Bilwi compound, said that although more than 90% of the infrastructure was affected by hurricanes, 70% of these damages are currently being repaired.

"We are already ready and on Monday we welcome all of our first students from the new entrance to the propedeutic course, to fulfill the academic program we have designed for this 2021," Cordón said.

Another of the relevant topics mentioned by the academic were the prevention measures before Covid-19, which will continue to be implemented in the enclosures and extensions of this alma mater, highlighting that on Monday, January 11, an informative assembly will be held with the new student community, to inform them about the security protocol before the pandemic.

Similarly, the issue of pre-enrollment and tuition was highlighted, where the student overflow has been observed, who, accompanied by their parents, have come to the campus facilities to carry out the first admissions procedures, "a lot of mobility has been seen, a lot of academic activity, in this sense we find all the willingness to attend them", concluded the vice-chancellor.