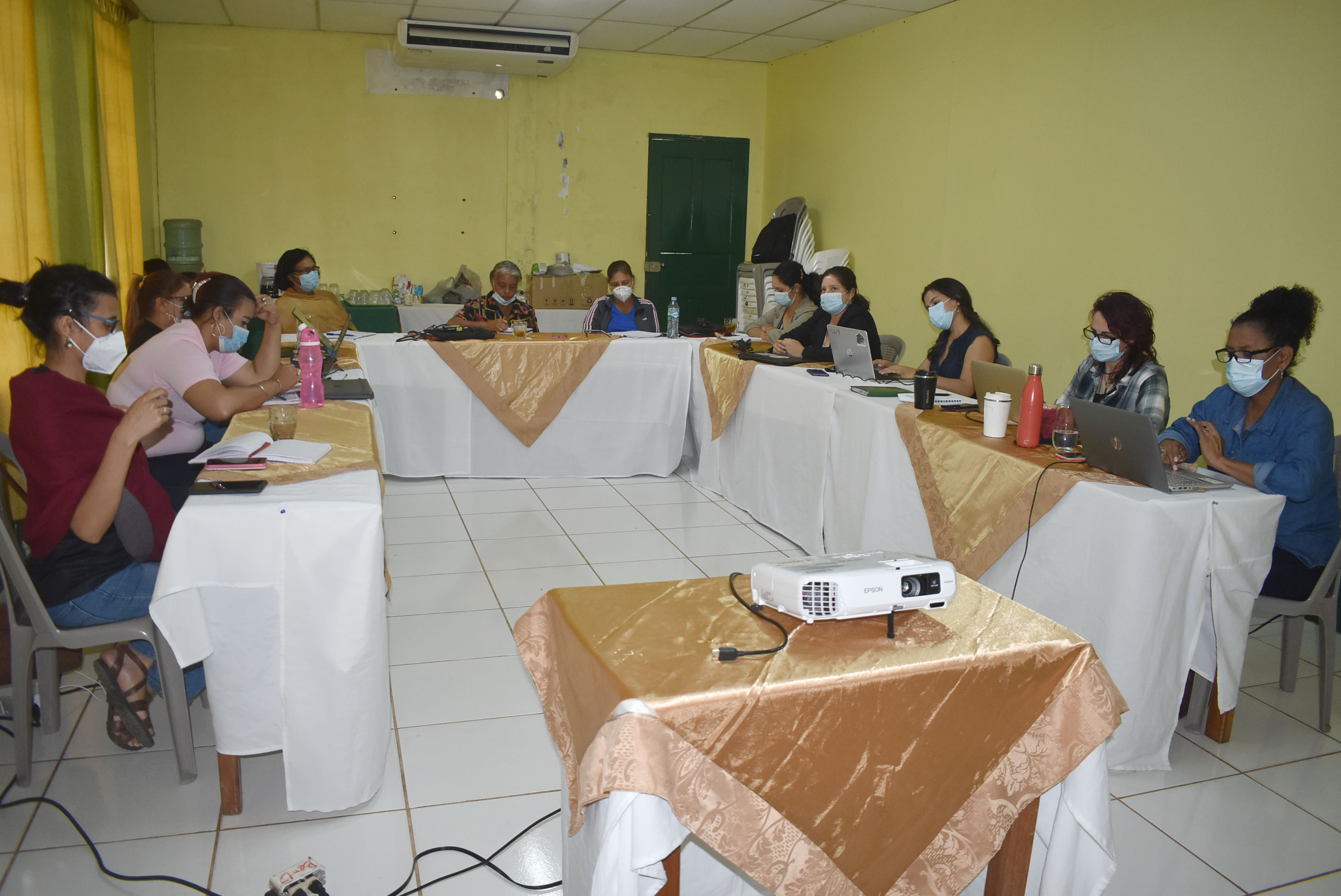 During this meeting, THECMM's actions will be evaluated and planned in correspondence with the Institutional Strategic Plan 2021-2030.

From URACCAN Bluefields venue, the team of the Center for Multi-Ethnic Women's Studies and Information (CEIMM) holds its annual meeting to evaluate, from an intercultural gender perspective, the actions carried out during this 2020 and plan for the coming year, according to the context that is being lived.

THE DIRECTOR of CEIMM, teacher Bernardine Dixon, reported that for four days they will be meeting, addressing the Strategic Plan 2021-2030 and "how we look and how we intend to look like CEIMM for the next ten years that are contemplated in the Strategic Plan".

At this meeting, according to the director of CEIMM, "our work as a team from an analysis of how we feel will be rethed; we have had a long period for several situations; we hadn't met as a team, but the effort to meet is precisely to analyze and raise our work from what we are living and what we have."

Among some achievements they have had as a team, despite the difficulties in the context, is to have concluded with projects and actions that were planned for this year. Among them, the director said, were "working internally in the enclosures, awareness-raising plans we managed to include in our actions the intercultural gender perspective".

"We have been working externally with other populations that we are calling the excluded groups, women living in violence, young people from the LGBTIQ+ community, sector of people with disabilities, indigenous women and men, Afro-descendants, with them we hold situational reflection sessions and propose actions to improve," the director of CEIMM concluded.