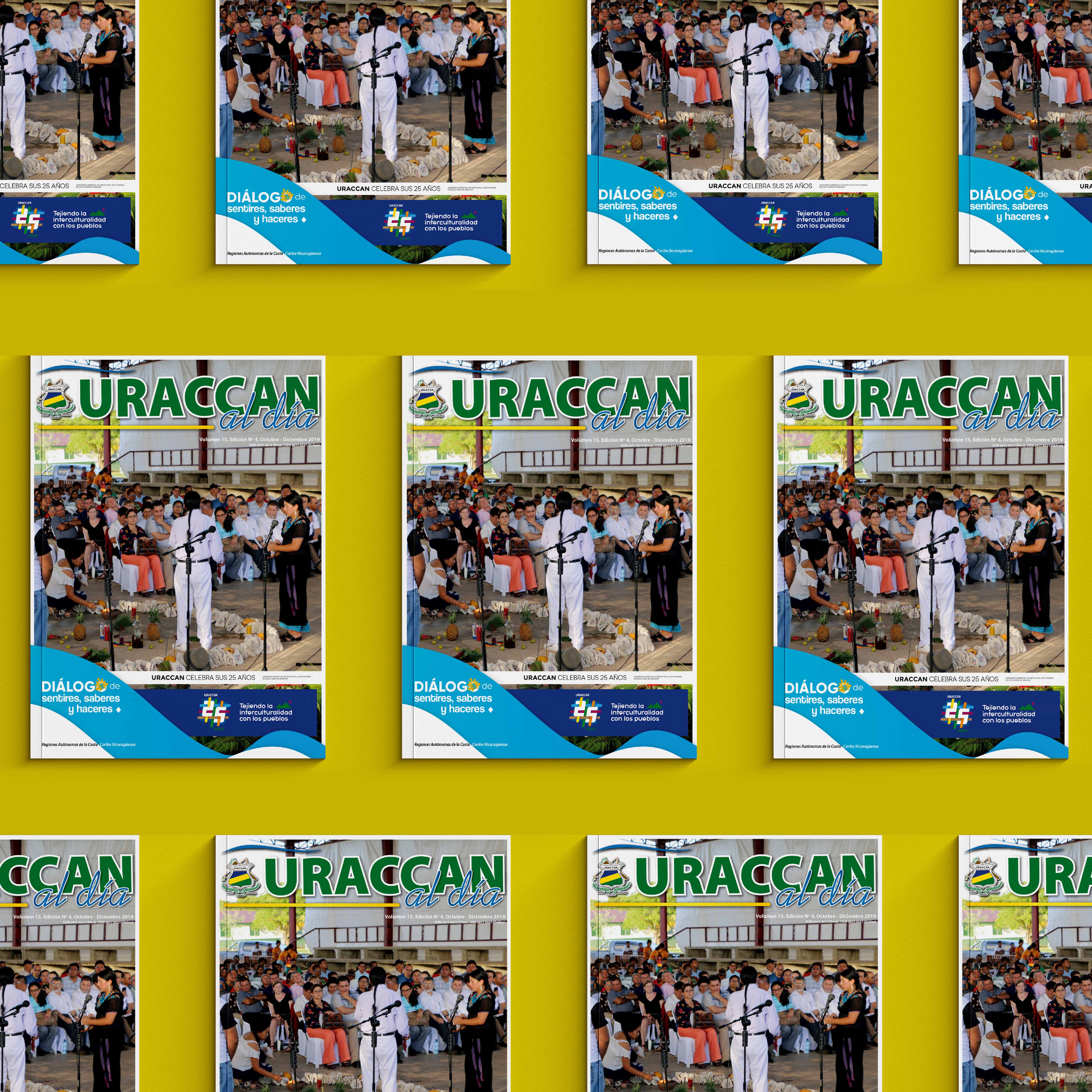 Cover of the magazine, where you can see the spiritual ceremony before the central event for the 25 years of URACCAN.

30 great articles tell you all about URACCAN's 25th Anniversary

The latest volume of the magazine "URACCAN per day" is now available on the website and social networks of this intercultural community university. The central theme of this valuable publication, which was made possible by funding from the Norwegian Student and Academic International Assistance Fund (SAIH), is the celebration of the 25th Anniversary of URACCAN, listed by its rector, Dr. Alta Hooker, as "a collective party".

This holiday was "shared with brothers and sisters from different parts of the region, the country, Latin America, the United States and Europe, where we celebrate the harvest of life from education, starting from a humanist approach where interculturality radiates the educational walk of this house of greater knowledge, forged from its ideals, policies and institutional regulations that mark the way forward in order to contribute to the development with identity and the good life of peoples with the accompaniment of the elders and ancestors who opened the way for higher education on the Caribbean Coast to be a reality today," Dr Hooker said.

"URACCAN per day" contains 30 great newspaper articles that relate lively to the set of activities through which this First Intercultural Community University in Latin America was honored. Among them, they stand out: the participation of the Caribbean population through spiritual ceremonies, parades of floats, beauty contests, dances, dances, recitals, a waste of culture and tradition.

In addition, there were also various tributes to URACCAN from regional governments, community leaders, national and international universities, as well as local and Abya Yala indigenous institutions. Representatives of the National Council of Universities, the Universidad Centro Americano Superior Council, the Abya Yala Network of Intercultural and Community Indigenous Universities, the Intercultural Indigenous Autonomous University, the Central American Black Organization, the University of Southern Mexico, among many other international institutions and organizations, were present there.

UNC President Dr. Ramona Rodríguez said that "we are pleased to be sharing the 32 years of Autonomy, 32 years of achievements, satisfactions, struggle for the improvement of the people of the Caribbean Coast, and also to be with you sharing the 25 years of URACCAN, Daughter of Autonomy, because 7 years later it is founded (URACCAN); that's very emotional for us to be with you celebrating these anniversaries, because it's also time to know how far we've come but how many accomplishments you have."

How was URACCAN born a day?

The director of URACCAN a day and director of URACCAN Institute of Intercultural Communication (ICI), MSc. Yulmar Montoya, explained that this magazine "was born with the intention of making visible, blurring and disseminating institutional chores from its different levels, with the idea of positioning our university. But also, to share a magazine specialized in intercultural communication."

Likewise, this publication emerges as a proposal from the ICI, to share everything that occurs in the territories and rectory, but also to promote the culture and identity of the peoples of the Caribbean Coast, from an intercultural community perspective.

"As a university," concludes the director of the ICI, "allows us that possibility of sharing institutional chores."