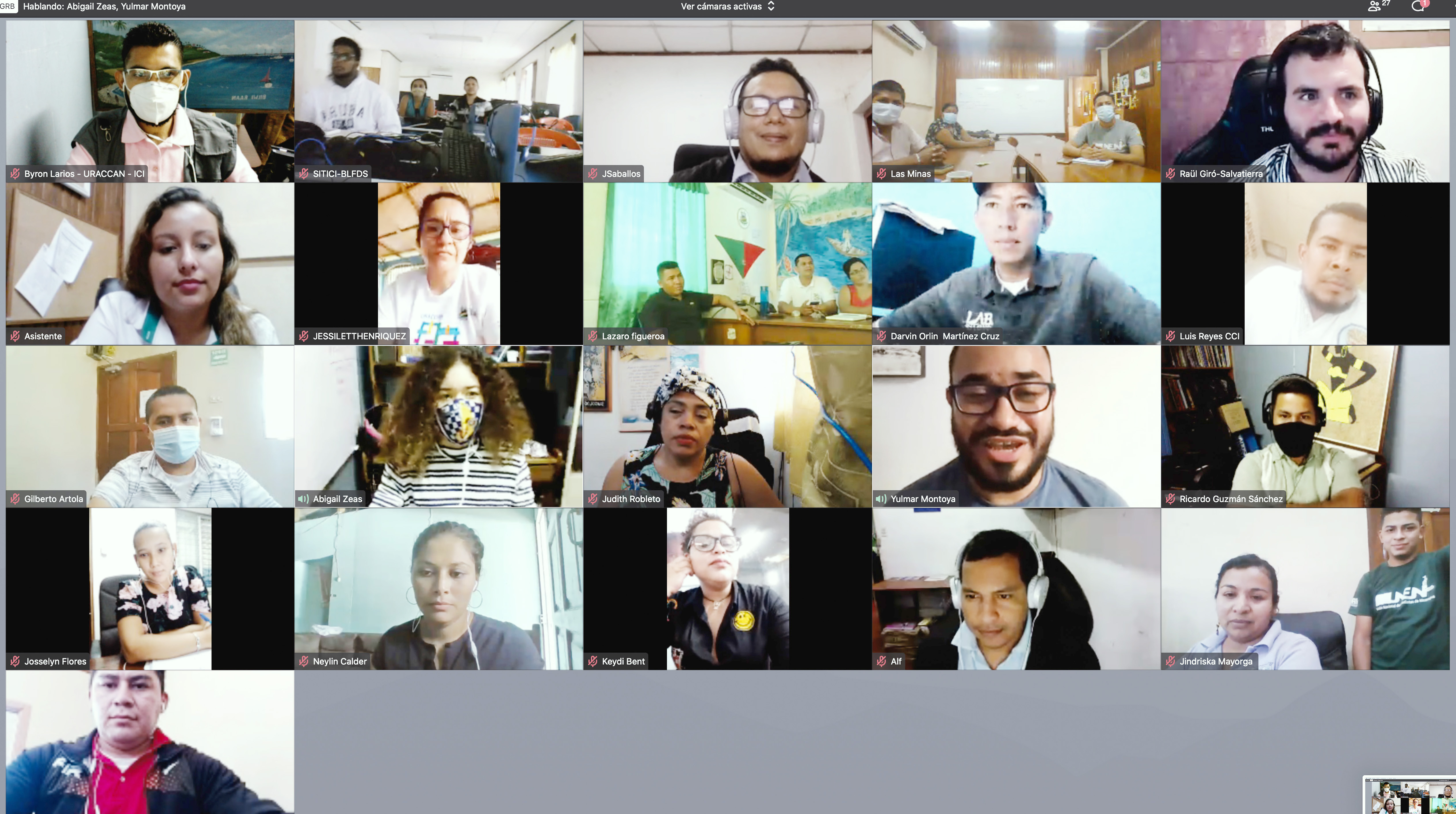 The videoconference generated great enthusiasm and commitment among the participants.

On the morning of Wednesday, July 29, URACCAN's Intercultural Communication Team and Communication Students participated in a video conference entitled "The Role of University Media and Digital Marketing as a Key Mechanism for Economic Self-Sustainability," organized by URACCAN Rector Dr. Alta Hooker as part of its strategic commitment to training , update and strengthen its collaborators, in coordination with the Directorate of the Institute of Intercultural Communication (ICI).

He was the expert in charge of this academic exchange activity. Giró-Salvatierra, who is also a PhD in Strategic Communication, Advertising and Public Relations, contextualized the situation of the community and university media in Spain, as well as its challenges in the face of new trends and the pandemic.

Prior to the intervention of the Spanish specialist, Dr. José Saballos, Secretary General of URACCAN, gave the words of welcome, recalling that one of the objectives of this study house during the process of its foundation was to tear down the walls of exclusion towards the Caribbean peoples.

University and community media in the current Spanish context

Giró-Salvatierra divided his conference into three parts: in the first he addressed the UAB's communicative media; in the second, he developed the general situation of the Community media in Spain; and in the third, he reflected on the empowerment of transmediality. The experiences shared by the Spanish creative, his analyses and reflections generated great enthusiasm and commitment among the team of intercultural communicators of URACCAN.

With regard to Community media, the Spanish master's degree explained that the Spanish State does not recognise them, so they find it difficult to achieve economic self-sustainability, since they are prohibited from advertising commercially and therefore depend on other sponsoring instances. Despite this, these radios are a valuable space for the practices and development of students of communication-related careers.

In addition to the above, the UAB shares multilingualism with URACCAN, as there are in Spain the variants: Catalan, Basque, Galician and Asturian. And its educational programs are offered in different languages, promoting the revitalization of regional languages, as in the case of our Caribbean Coast.

According to the Spanish master's degree, the community media of the UAB are not legally regulated in Spain and those who work in them are universities, students and individuals who provide voluntary services.

In this context, UAB radio, television and community networks are working on a campaign to standardize sociocultural values. URACCAN, from its intercultural gender perspective, promotes campaigns to eradicate racism, discrimination, intolerance and gender-based violence, being an inclusive space for higher education.

The above paragraph gives way to what the UAB creative calls "Empowering Transmediality", which consists in the updating and diversification of information platforms for community purposes. This implies that, in view of the reduction of mobilizations due to COVID-19, spaces must be integrated, real coexistences and internal communities that act in the same direction, depending on the institutional guidelines and the good of the communities.

We must restore the transcendence of interpersonal communication, return its value to human beings as sources of inspiration. "The death of human contact is the death of creativity," Giró-Salvatierra concluded.

The dissertation of Giró-Salvatierra generated many positive echoes among the participants, but he was also surprised and motivated to hear the experiences of institutional strengthening in URACCAN, thanks to the work of the Intercultural Communication Team, which has grown in professionalism, interdisciplinarity and technological skills.

In this sense, the director of the ICI, MSc. Yulmar Montoya shared the achievements that this team has achieved, thanks to the unconditional support of the rector Hooker, which I have significantly improved the communicative, informative and community work on the Caribbean Coast, where URACCAN is a benchmark of higher education and promotion of Regional Autonomy.

Montoya, who is currently studying his PhD in Strategic Communication, Advertising and Public Relations at the UAB, explained that URACCAN put at the service of the Caribbean population four community radios and a community channel, as well as promoting various educational and prevention campaigns through social networks and inter-agency networks.

The intercultural communication laboratories, detailed by the director of the ICI, due to the timely efforts of Rectory, have been equipped with new technology, which has allowed to reach the entire Caribbean population, inside and outside national borders, and, from those spaces, promote the culture, language and identity of indigenous peoples, Afro-descendants and mestizos of the Autonomous Regions.