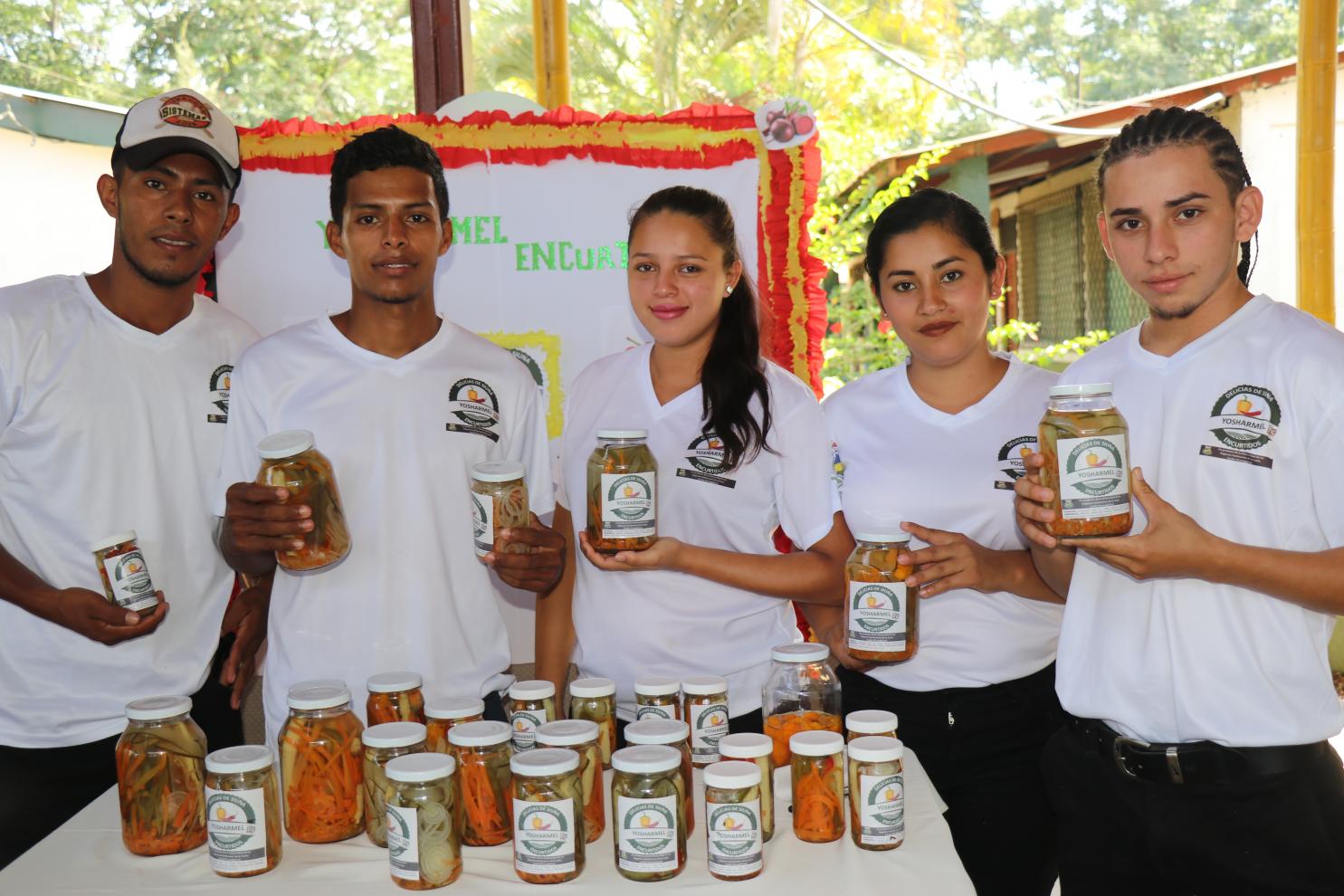 With great enthusiasm and joy the innovation and entrepreneurship fair was held at the Mama Cheya auditoio, URACCAN Las Minas campus, Siuna campus, where students from different careers carried out their innovation and research projects carried out during 2019, as part of their training processes.

The fair presented projects that gave it an original and typical touch of the area, such as Café Doña Ale, inspired by the coffee of Jobeiling Juárez's grandmother, with an ancestral touch, but the innovative flavor of its creators, adding the flavor of cinnamon and chocolate.

Orchids carried by the Mayangnas indians were also presented to rescue indigenous culture in bamboo and coconut; as the domestication project of plants, which shows the culture and its traditions recreated through these spaces.

In addition, during the fair more varieties and projects were presented, which have been thought and created from the worldviews and cultures of the peoples of the Caribbean Coast, strengthening the spirit of entrepreneurship in students, but also fostering the culture and rescue of ancestral practices.

URACCAN, as part of its training process, has been working on the issue of innovation and entrepreneurship as a fundamental element in the academic training of future professionals of the Caribbean Coast, so that they can undertake and form a life plan from early on.