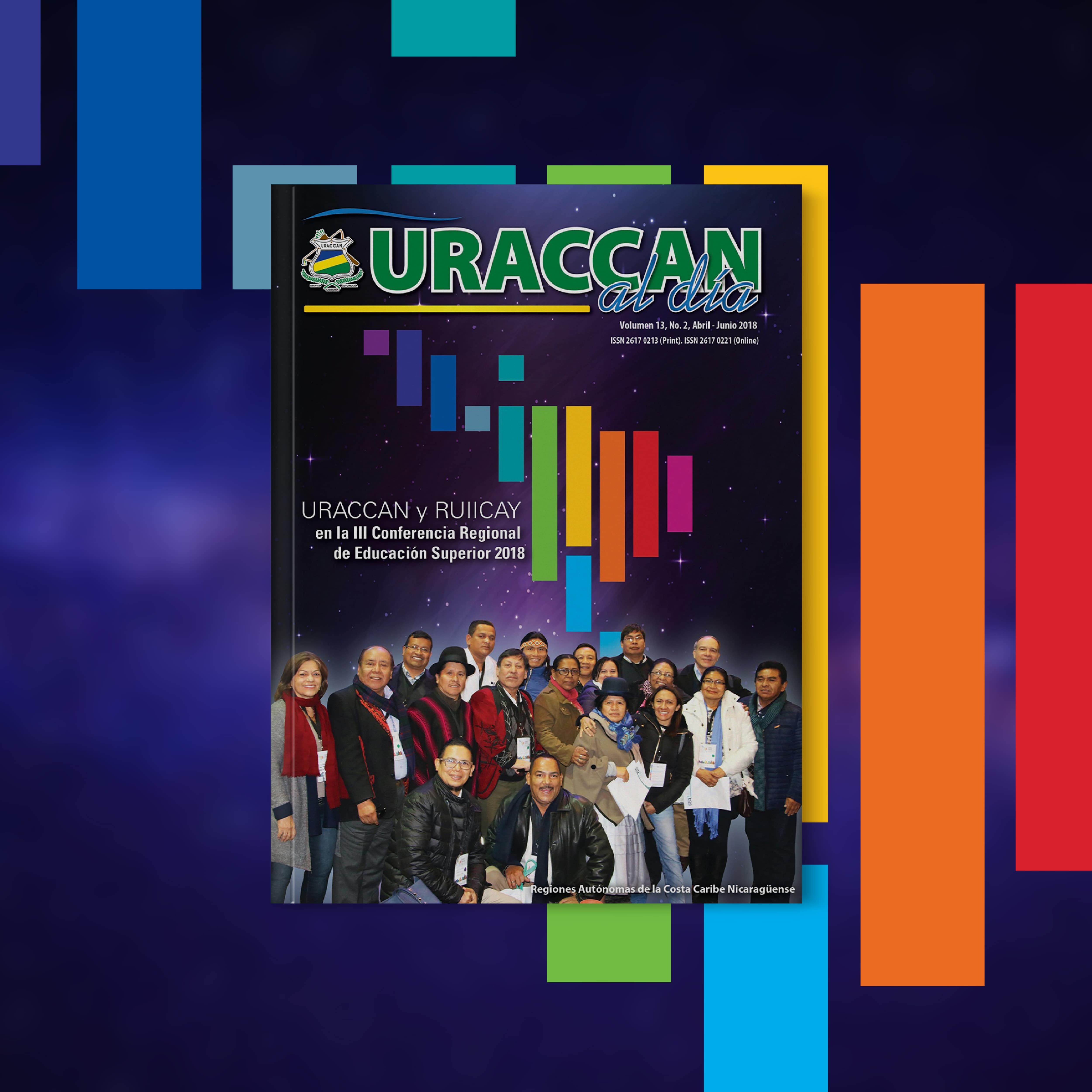 Cover of volume 13 of the magazine "URACCAN al día", whose thematic axis is cres 2018.

Education as a social good, human law and state responsibility

In June 2018, the National University of Córdoba, Argentina, hosted the Regional Conference of Higher Education of Latin America and the Caribbean (CRES 2018). There were URACCAN and RUIICAY, presenting their educational proposals in favor of the original peoples, representing their voices, claiming their rights. "URACCAN per day", volume 13, makes available to the public all the details of this important international academic meeting.

Through various academic analysis, discussion and feedback activities, the institutions and organizations (governmental and non-governmental) participating in CRES 2018 proposed an action plan for the decade 2018-2028, whose fundamental purpose is to strengthen Latin American and Caribbean education systems, as well as "reaffirm the meaning of education as a social good, human law and state responsibility" , according to the Msc. Yulmar Montoya, director of the URACCAN Institute of Intercultural Communication.

The working tables, forums, debates, symposia and master conferences revolved around seven key axes through which it was expected to respond to the adversities of higher education on our continent, without losing perspective that challenges are valuable learnings and opportunities. These axes are:

In this vast landscape, "the Network of Intercultural and Community Indigenous Universities of Abya Yala (RUIICAY), positioned interculturality, Good Living and internationalization as a fundamental opportunity for the consolidation of educational systems", says the director of the ICI.

The rectors of the different universities that are part of RUIICAY, whose coordinator is Dr. Alta Hooker, rector of URACCAN, proposed on behalf of their ethnic communities a model of inclusive education (intercultural multilingual and gender-sensitive), which is rooted in the realities of peoples and their worldviews and relations with the environment.

CRES 2028 was conducive, as Montoya states, "to share the collective efforts of the network, but also the initiatives directed from the Intercultural Community University (URACCAN), based on the impact and consolidation of intercultural higher education in Nicaragua and at the regional level. To this end, the Institutional Profile of URACCAN and the Intercultural Gender Perspective was updated from the perspective of this study house, and URACCAN a day, as a magazine specialized in intercultural communication, which includes the processes developed by each of the functions of the institution".

In this edition of "URACCAN up to date", the aqueous researcher will find the concrete proposals of URACCAN and RUIICAY, each of the notable participations that his representatives had during CRES 2018, and the results obtained from this fruitful exchange of academic experiences, linked to UNESCO's sustainable development goals and 2030 education agenda.