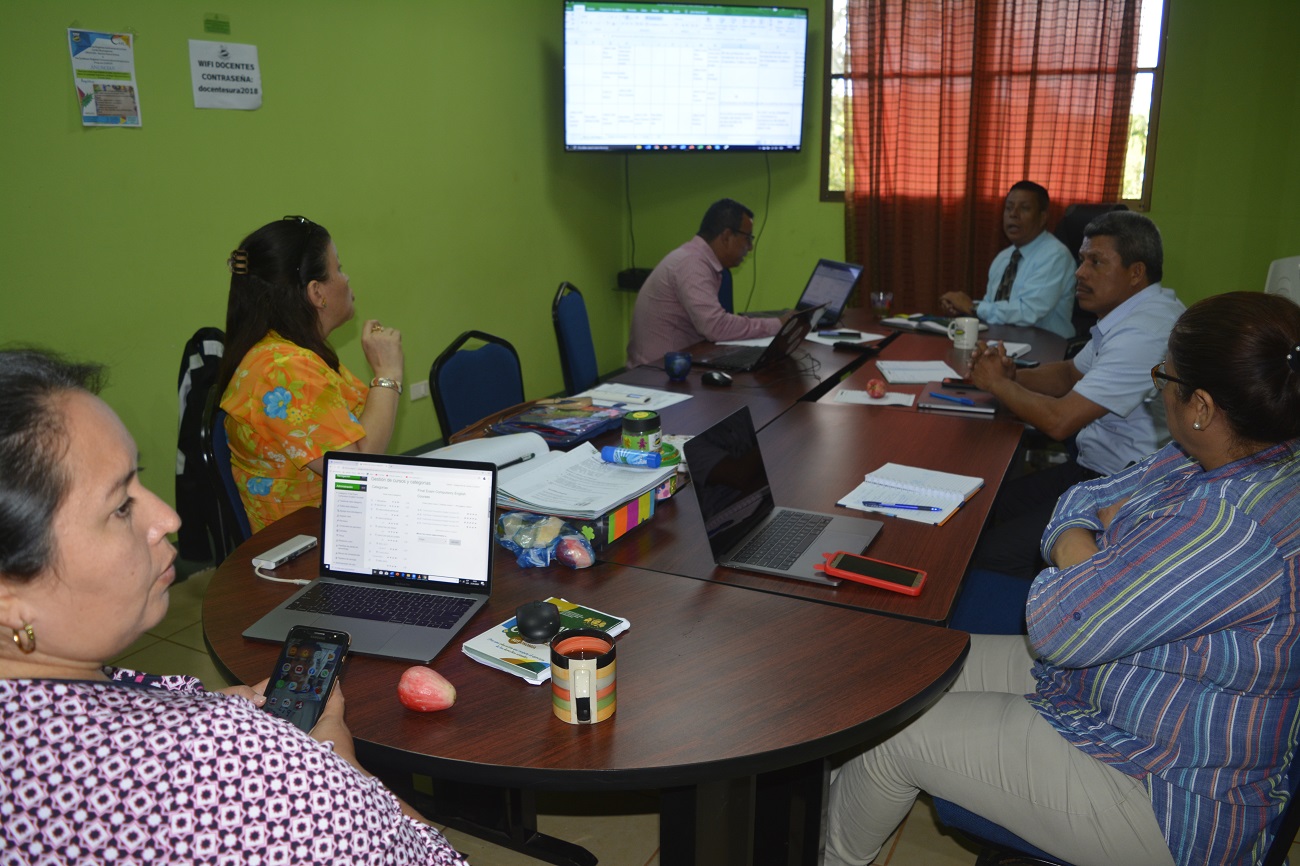 URACCAN works on its annual operational plan of the Centre for Cooperation for the Promotion, Strengthening and Transfer of Good Practices that Support, Cultivate, Adapt, Communicate, Innovate and Welcome the university community.

After the completion of the CADEP project, URACCAN University maintains the center due to its importance and impact on the ongoing work of this study house. The plan worked carried out by the coordinating team of each of the packages, views activities at the institutional and international local level with the Network of Higher Education with Acacia Center (RIESC), of which URACCAN is currently part.

CADEP-URACCAN as a member of the board of RIESC, is in the elaboration of an action plan where a strategic framework with the participation of universities is proposed as main elements; which includes general and specific objectives, scope of action.

"Having a CADEP center in URACCAN is extremely important, since it comes to strengthen the one to make this house of studies and I say strengthen in every sense of the word since it contributes to the academic, to the extension to the research that are founding areas for us like URACCAN," said Dr. Eugenio López Mairena, vice-chancellor of the Intercultural Community University in the New Guinean compound. CADEP, meeting point and training and knowledge update centre

URACCAN from your CADEP, it is in reuse of technologies, creation of accessible content and generation of necessary adaptations, didactics that meet physical and sensory needs as well as affecting the student, human and automatic detection of emotions that may be affecting the student in their academic and personal advancement, and a knowledge management system to facilitate the internal interaction of CADEP modules and their relationship with other internal and external university instances.

The territorial particularities, and ethnic diversity of the populations served by the University of the Autonomous Regions of the Nicaraguan Caribbean Coast (URACCAN), make in its enclosures spaces of intercultural coexistence; in this sense is important the mission of CADEP, which, bets on serving non-homogeneous student groups, since the diversity of language and worldviews is part of the reality in the Caribbean territory of Nicaragua.

As URACCAN and since the strengthening of its CADEP, the forms of access, attention and permanence of the student are strengthened with a learning teaching appropriate to the reality of each human being and not a space where exclusion is reproduced.