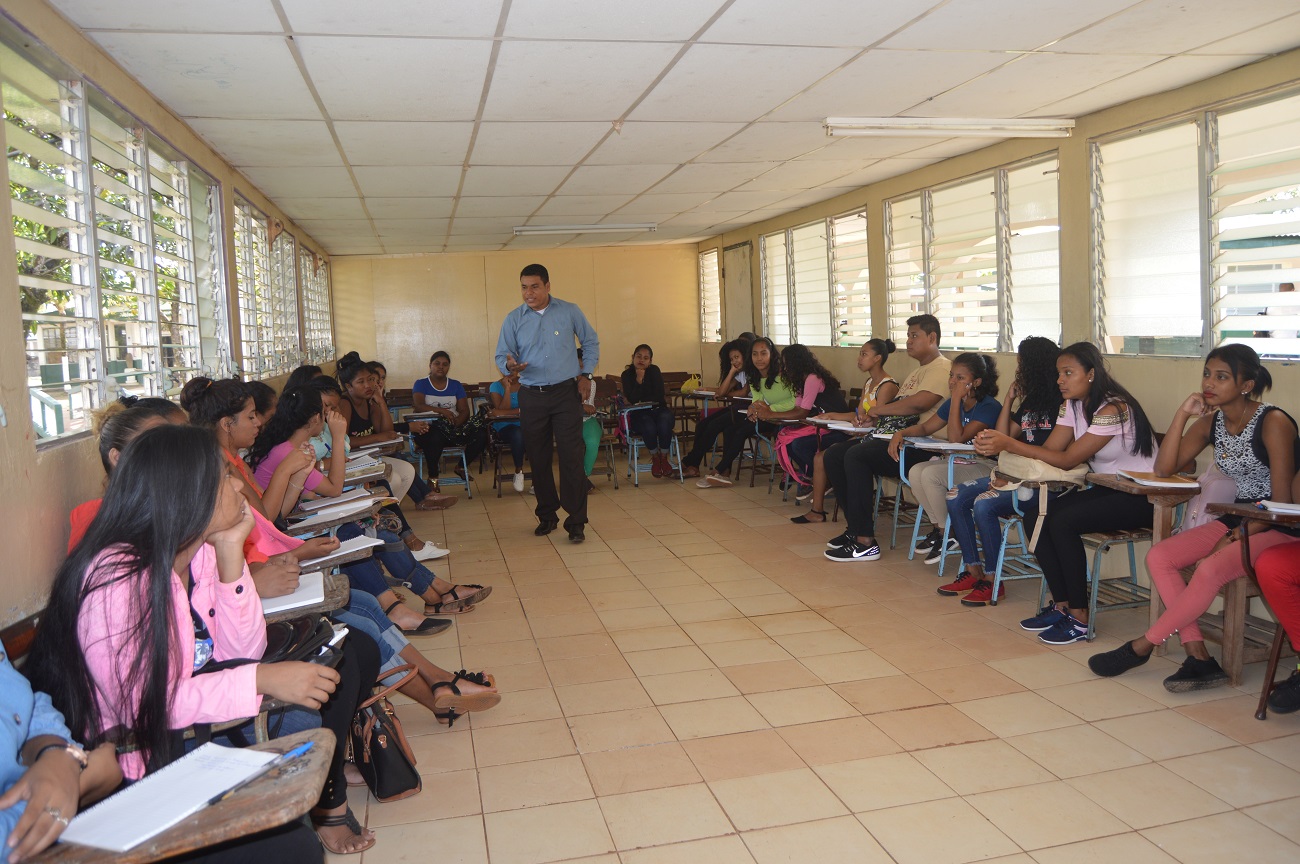 Opening of the regular mode

By: Neylin Calderón and Josselyn Flores

The University of the Autonomous Regions of the Nicaraguan Caribbean Coast (URACCAN), in its four precincts, began on Monday, February 10, the opening of the school cycle in its regular or six-monthly mode.

In the case of the Bilwi Campus, including its Waspam extension there were approximately 330 students re-entry, as reported by the master's degree Ivonne McLean, academic secretary of the campus.

According to McLean, the first incomes are in the careers of, "medicine, civil engineering, psychology, systems engineering, regular and sabatin business administration and sociology with mention in Autonomy, the most demanded being the bachelor's degree in Intercultural Medicine", he stressed.

The academic detailed that last Monday, February 03, she started the quarterly modality and on Saturday 08 the Sabatina modality.

In this regard, the academic secretary assured that "last year's enrolment of the first semester was 1,520 students, so this year it is projected with re-entry students and new income to maintain that enrolment," she explained.

Students from other departments of the country, including Matagalpa and the South Caribbean, have previously had foreign students from countries such as Colombia, Guatemala and Honduras, "the careers offered by URACCAN are relevant because they respond to the needs and demands of the Caribbean Coast, URACCAN permanently conducts feasibility studies, as well as studies of career relevance , this is also linked to the Costa's development plan," he said.

McLean emphasized that for URACCAN it is important, "the issue of quality, part of that process, we plan and develop upgrade trainings with teachers, both schedules and permanents," he concluded.

In Bluefields more than 1000 young people enter the classrooms

At the Bluefields Campus, the school year began with more than a thousand students, including young people from different communities and peoples, who are now part of the URACCAN family, in their process of intercultural higher education.

In this sense in the classrooms of URACCAN teachers create a dynamic space for the adaptation of students of new income thus strengthening the teaching and the good environment between them.

In the training process provided by this house of intercultural higher education, it has been established that from each area they are provided with accompaniment to the student community, which is now part of the first intercultural community university.

To the above, the Diala López master's degree, vice-chancellor of the Bluefields venue, explained that the commitment to accompany is so that the young people who have decided to start a career, manage to complete it and graduate from the URACCAN, "what we hope is that the number of students who have started will remain and manage to complete and graduate in the different careers that have chosen." he said.