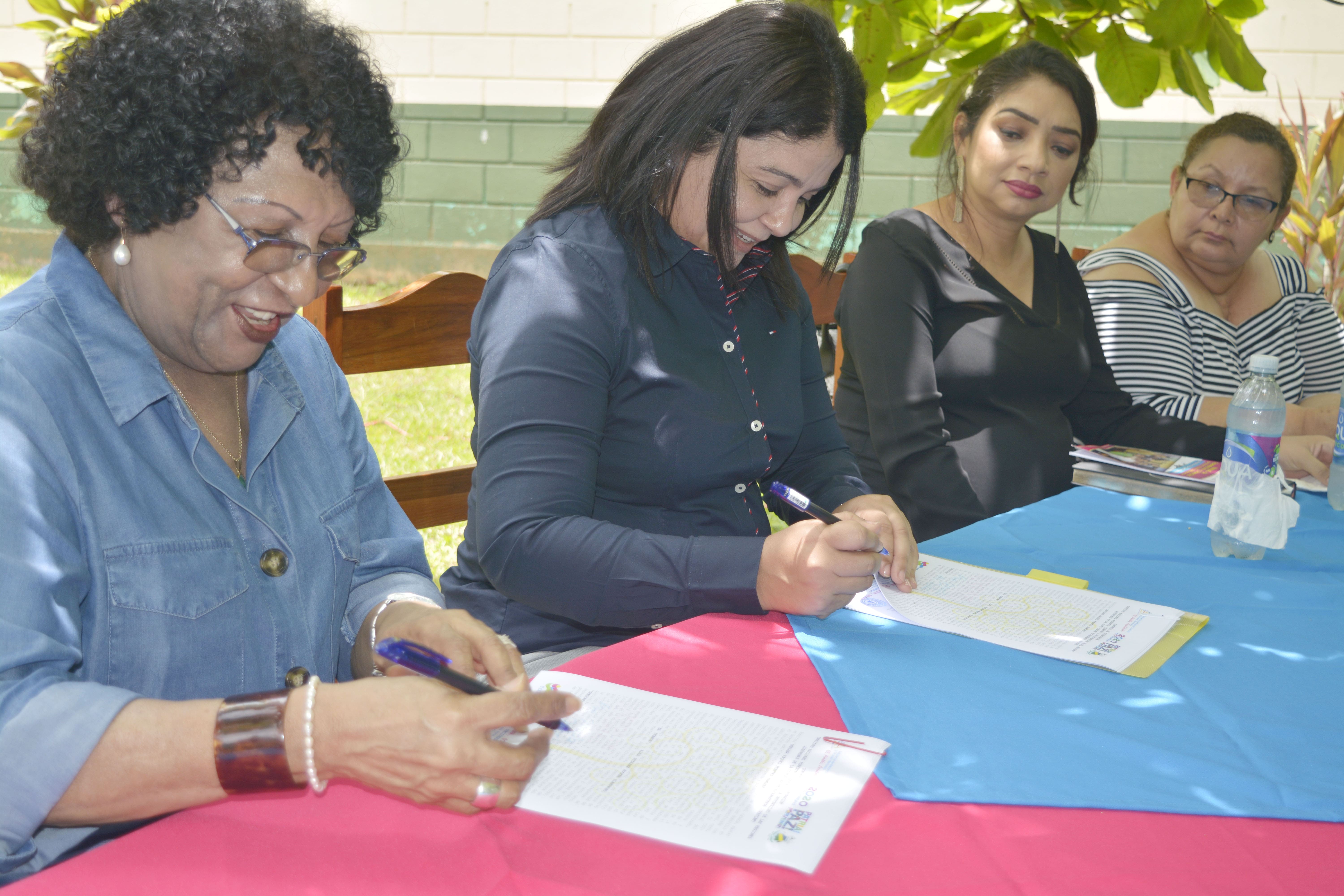 The rector of URACCAN, Dr. Alta Hooker, and the co-director of INAFOR, Dr. Indiana Fuentes, during the signing of the agreement.

On Wednesday, April 29, authorities of URACCAN new Guinea and the National Forestry Institute (INAFOR) signed an interinstitutional collaboration agreement, in a solemn event that took place in the green areas of that campus, where municipal authorities and government delegations, as well as the university community in general, also participated.

The objective of this Convention is to complement inter-agency efforts in forest knowledge management and capacities to achieve new replicable experiences in the educational community and the general population for conservation, forest protection and socio-environmental well-being.

For The PhD Eugenio López Mairena, vice-chancellor of URACCAN New Guinea, this firm represents "the strengthening of a walk together with INAFOR in the different activities that have to do with the process of conservation of Mother Earth, reforestation, research and experimentation of new ways of conserving the environment".

For Dr. Indiana Raquel Fuentes Ramírez, co-director of INAFOR, this firm formalizes actions that have already been worked with URACCAN, "taking into account that the university has the career, we want to complement the academic part with the practice and that is why INAFOR has been articulating actions with the university, and today we are strengthening them, as has been the accompaniment in the creation of nurseries , strengthen national, regional arboretums and this countless actions that bring benefits with the management of agroforestry and silvopastoral systems"appreciated the commitment this study house has shown to Mother Earth."

In this context, Dr. Alta Suzzane Hooker Blandford, rector of URACCAN, stated that "it is a great opportunity, where together, URACCAN and INAFOR, we can advance in the care of Mother Earth, in the conservation of endangered species; but beyond that, to be able to articulate ourselves with the students, producers and technicians of INAFOR to form arboretums."

The rector of this study house assured that the signing of this agreement represents, in turn, the "opportunities where the university wins, students win and the people win, because it will benefit the greatest collective".

Finally, Dr. Hooker reflected on the commitment made by URACCAN since its founding, which is the protection of the environment. "As a university, we have in our mission the care of Mother Earth and it will help us to do research together, to strengthen the conservation of Mother Earth for the good of the vast majority," she said.