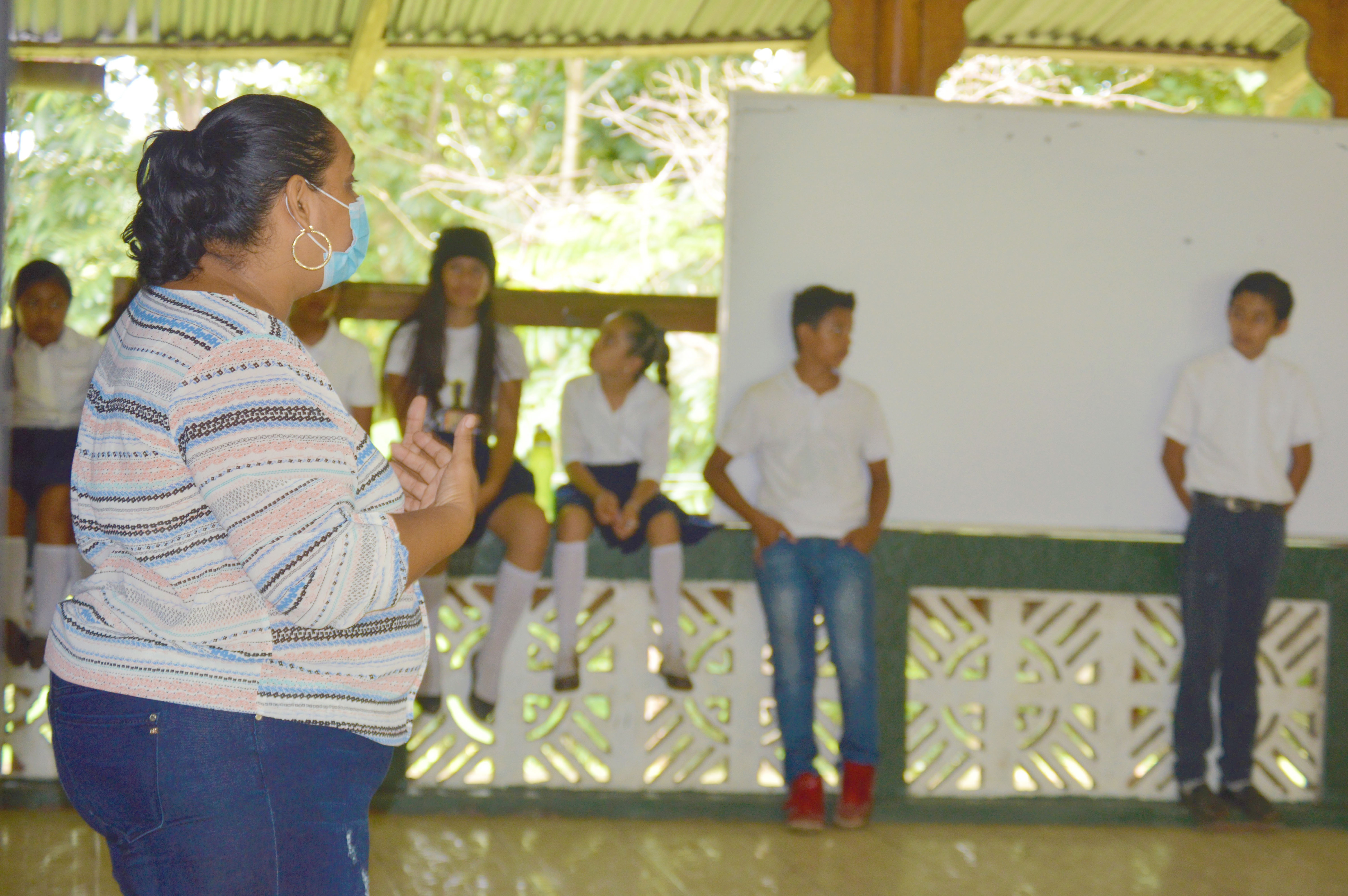 The academic secretary of the campus, MSc. Sorayda Herrera Siles, spoke with the children, encouraging them to continue their studies.

A total of 51 children from the Concepción de María schools and March 3 visited the departmental arboretum Yuluh, located on the premises of the University of the Autonomous Regions of the Nicaraguan Caribbean Coast Las Minas Campus.

"The objective of the tour is to celebrate with children the 33 years of autonomy of the Caribbean Coast and the 26 years of the URACCAN, where the Guardabarranco Environmental Movement also participated," said Ing. Luis Herrera, coordinator of the Institute for Studies and Promotion of Autonomy (IEPA).

Herrera noted that during the tour of the natural laboratory "Caño de Pita" children were explained the importance of the conservation of natural resources; infants were able to get to know the zoocriadero and the different tree spices that are in the natural space.

For her part, Vanesa Reyes Rivas, coordinator of the Guardabarranco Environmental Movement, stated that "we try to instill in children the model of conservation and protection of nature, but above all that they know species of trees and animals that are endangered in the area".

A future of conservation of Mother Earth

Teacher Ilca Pérez Castro, director of the March 3 educational center, said: "I am very happy and glad to know that children are living a beautiful experience, this drives them to grow with the mindset of conservation of the environment and create a future where Mother Earth and everything that inhabits it is respected."

The children expressed their appreciation for participating in the tour and meeting new species. Genesis Urbina Sanchez said she "liked how URACCAN has preserved trees, this is very important because they give us the air we breathe."

For his part, the boy Nelson Rigoberto Montenegro Lazo, stated that he "liked the rangers, they are very nice, but I also call on other children not to deposit the garbage on the ground, so as not to harm the environment".

At the end of the tour, the teacher Sorayda Herrera, academic secretary of the venue, said she was happy with the participation of children.

"You should know that the university is always open to everyone, when you grow up you must integrate to study at URACCAN to be the future representatives of the institutions, many professional positions await you, so you must continue studying," she said.