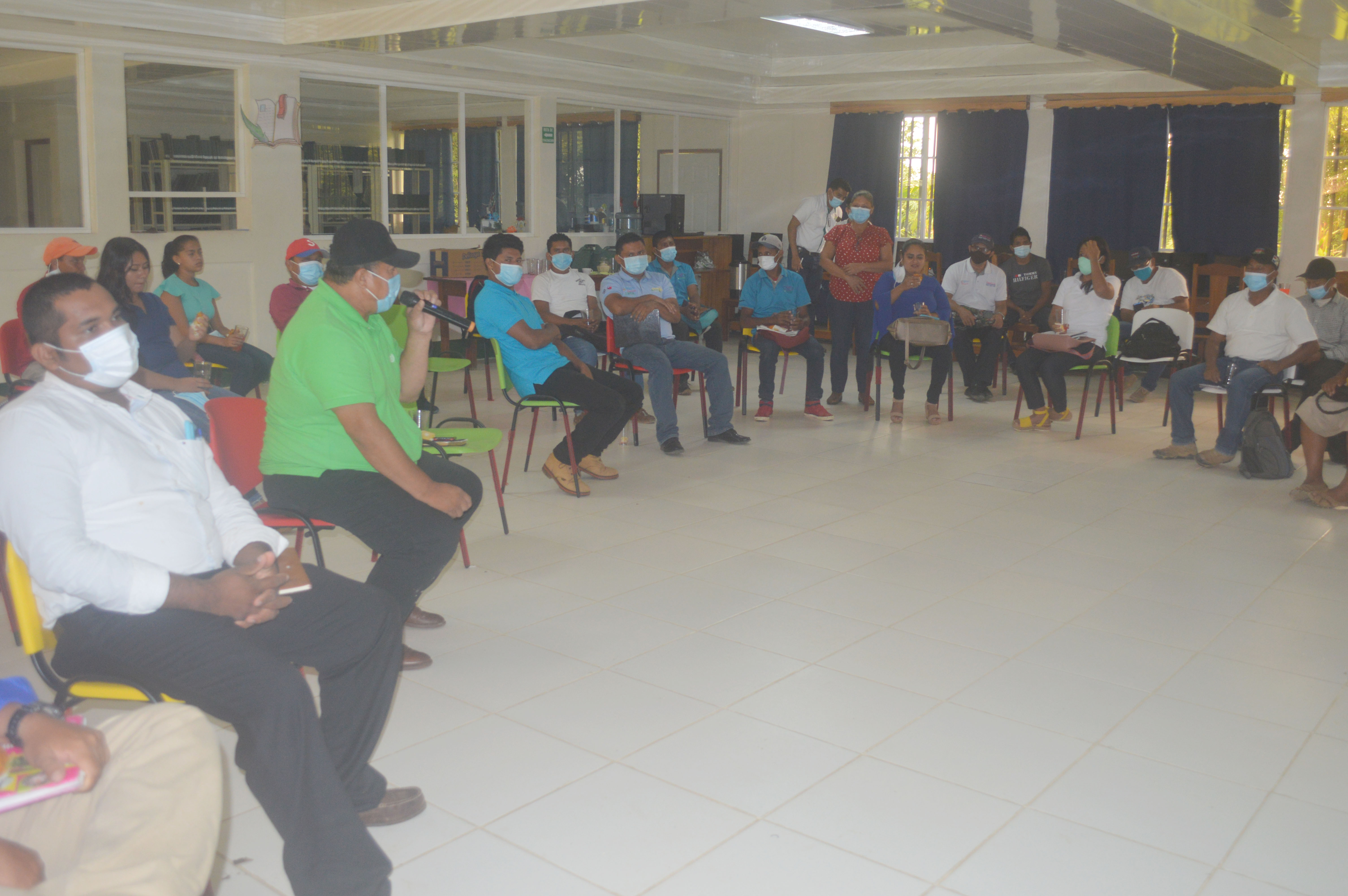 As part of the 26th anniversary of URACCAN, the Las Minas site organized the first colloquium on agricultural innovations for the improvement of food and nutrition security in the context of the Nicaraguan Caribbean Coast.

Joel Montenegro, innovation and entrepreneurship coordinator of this campus, stated that the activity was carried out in coordination with the Centre for Multi-Ethnic Women's Studies and Information (CEIMM), with the aim of sharing on agricultural innovations that are contributing to increased productivity and food security.

"In this first colloquium we had the participation of men and women producers, entrepreneurs, innovators, technicians of the institutions of the National System of Production, Consumption and Trade, delegations of the Mining Triangle, a delegation of the indigenous territory Sikilta, where we share challenges and opportunities to advance the increase of availability, access, use and stability in food from the worldview of peoples in our region" Montenegro explained.

La PhD. Jacoba Dávila Molina, coordinate of CEIMM in Las Minas, highlighted women's participation in the issue of food security. "In this sense, the university from its community and intercultural model has been accompanying these processes in the indigenous and mixed territories in order to give it that important role that women play in food," Dávila said.

However, the civil worker noted that women, although they have had a great contribution in this subject, are not yet in decision-making spaces, because "women's work is often not valued in the same way as men's work, that is why we continue in the struggle".

In addition, Eloy Roque, delegate of the Ministry of Family, Community, Cooperative and Association Economics (MEFCCA), said that "working together to promote products that guarantee food security with techniques that give more performance, so that the population has more quantity and quality of food and that is guaranteed for future generations".

Producer Justino Arma, from the community of Santa Rosa, recounted that in his community they are agents of change because they conserve the environment. "We feel blessed with the support they have given us in cooperatives, we have changed the way we produce, we no longer pollute the environment," he emphasized.

It is important to note that as an Intercultural Community University, since its institutional philosophy is committed to debating and doing actions with the communities, in the peoples that inhabit the region, explained Sorayda Herrera Siles, academic secretary of the campus.

"I think it's the right time to discuss what will happen to food security in the context of the Covid-19 pandemic," the civil service official emphasized.

He added that since the opening of URACCAN, careers have been offered that were considered emerging demands on the Caribbean Coast, such as Agroforestry Engineering, Zootechnics, Natural Resources Specialty Management and Veterinary Medicine. "The first generations today hold various positions in state institutions, such as INAFOR, MAGFOR, INTA, and from there actions have been developed for the development of our region," he said.