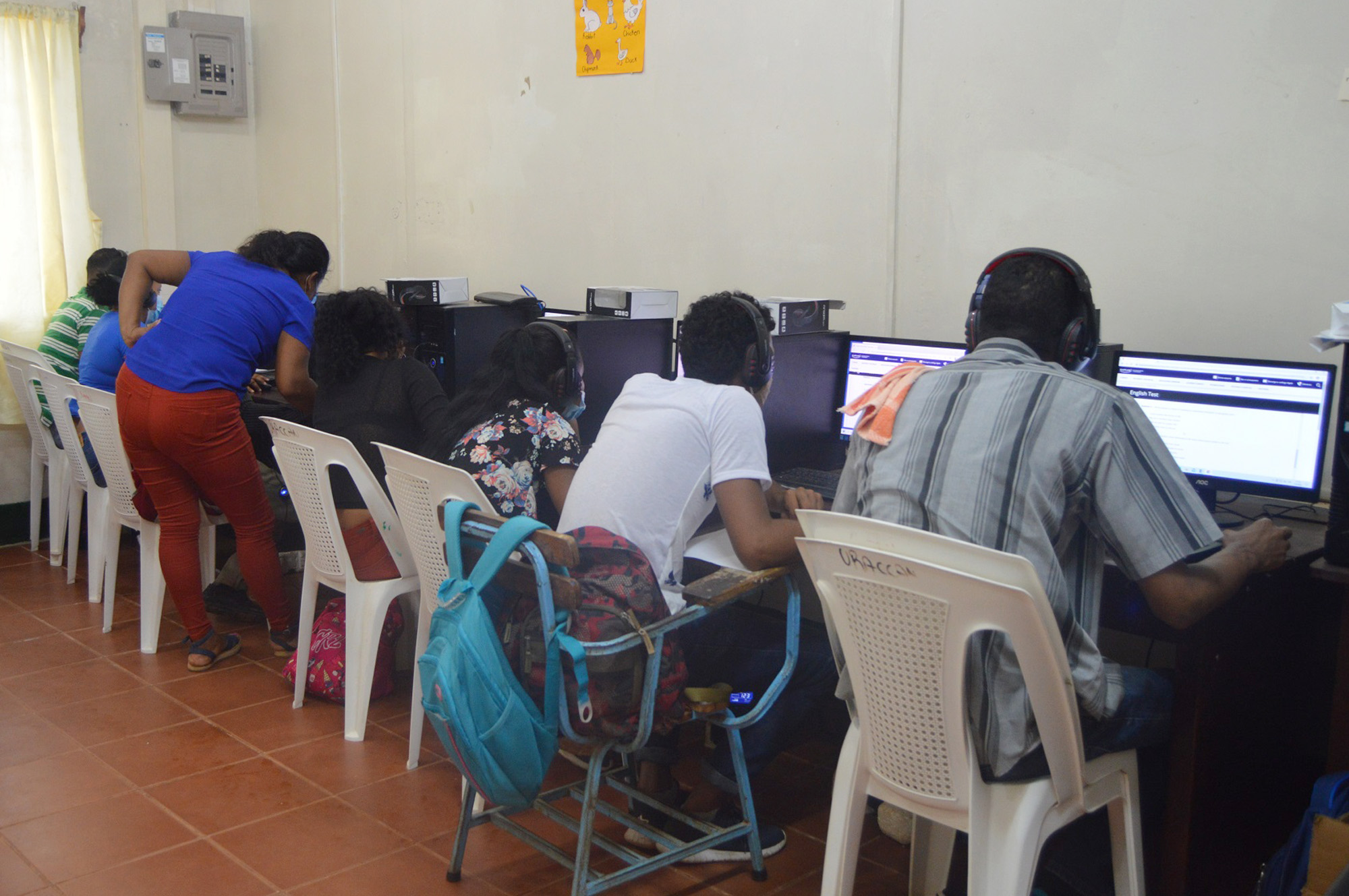 The applicants received permanent technological support from the university, through the staff assigned for the interviews.

Aimed at Nicaraguan citizens over the age of 18

In URACCAN Bilwi campus, interviews were conducted with young people who want to be part of the Specialized English Course that runs this house of intercultural higher studies, in articulation with the Nicaraguan Institute of Telecommunications and Post Office (Telcor), executed by the Caribbean Regional Communications Infrastructure Improvement Program (CARCIP).

These courses are aimed at Nicaraguan citizens who wish to work in IT/ITES (call centers) industries. Therefore, in the Bilwi venue began the selection process to be part of the second cohort of these courses that are held in the four enclosures of the URACCAN.

According to the Licdo. Nilson Dumas, responsible for the project on the premises, is first interviewed which is entirely in English, where their expectations are known and the reasons why study the specialized course and, of course, the commitments if they obtain the scholarship, the teacher explained.

They are then given a virtual test where participants will have the opportunity to project their skills with the computer. "This is in time, we give them a paragraph and have them (participants) write as much as they can in a minute, because we also take that into account, because students must write at least 20 words per minute," Dumas said.

Finally, they are given a test called Kaplan International Test, which in the end results in the level of English handled by those interested in the course. "In the test, at least, they have to take a level of English B1, because they go A1, A2, B1 and B2, so what we want is to have students who are close to the level that the project asks us, which is B2," the academic specified.

Specializations that contribute to the educational development of the region

Last May, the Bilwi venue was certified for 34 new English specialists, so URACCAN complies with the delivery of more people with a high level of English and culminates in its commitment to the CARCIP program, as nilson Dumas put it.

"It's starting this September, but we're going to finish until the first quarter of next year, because it's about 5 and a half months of the course," the project manager concluded.