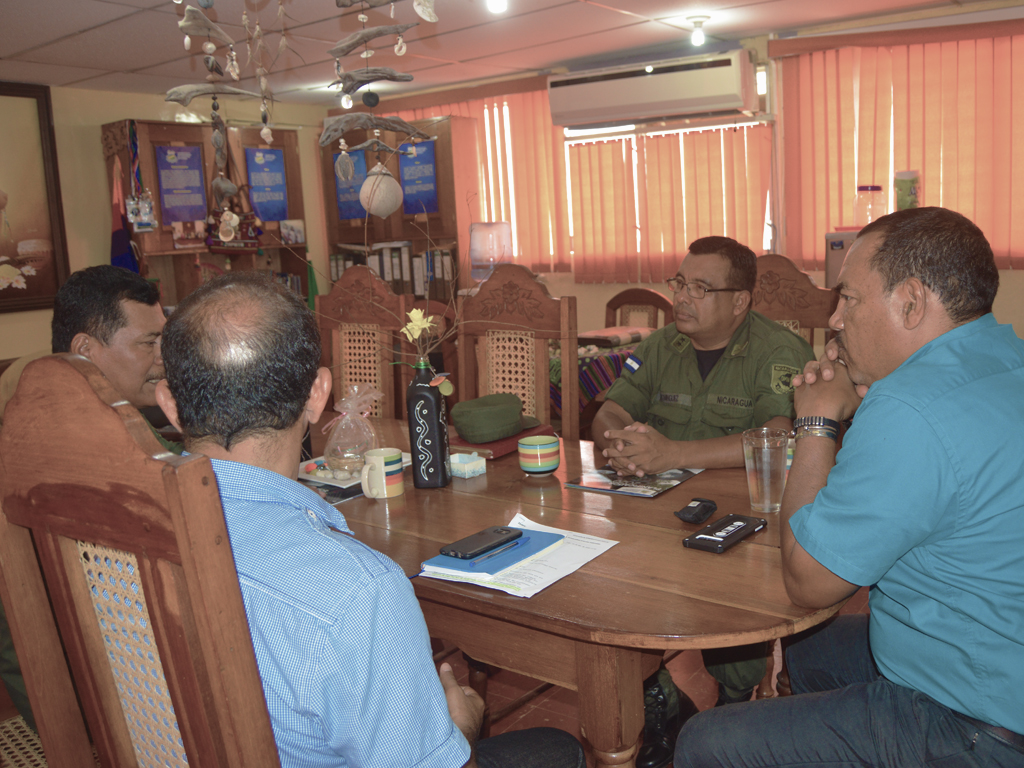 Meeting between authorities of URACCAN Bilwi compound and heads of the Northern Military Detachment.

URACCAN authorities at the Bilwi compound met with the new head of the Northern Military Detachment, Lieutenant Colonel Alberto Dominguez, as part of the good bilateral relations this studio has with the Nicaraguan Army.

At the meeting, rectory authorities and vice-rectory of the Bilwi campus took advantage of the conversation to say goodbye to DeM Infantry Colonel Bayardo Nicolás Sánchez, who has been appointed to lead another region.

The vice-chancellor of the compound, Dr. Enrique Cordón, acknowledged that the university and the Nicaraguan Army have built a good relationship for brotherhood ties and good interinstitutional relations.

For his part, Professor Yuri Zapata, deputy general vice-chancellor, said the university will be on order to continue highlighting security in the Region. As a higher education institution, "we are on order in case you need a space for classroom training processes, on-court events, media (labs) of communication, academically or in research processes that the university can collaborate with," the vice-chancellor said.

Meanwhile, Colonel Sanchez stated that URACCAN always treated them "as friends and brothers; and that is greatly valued," he reiterated the institution's commitment to continue to protect for the safety of the peoples of the Caribbean Coast.

While Lieutenant Colonel Dominguez said he was very grateful for the welcome, "rest a sure that we will always try to maintain these harmonic relations and strengthen them, we will always be in touch."