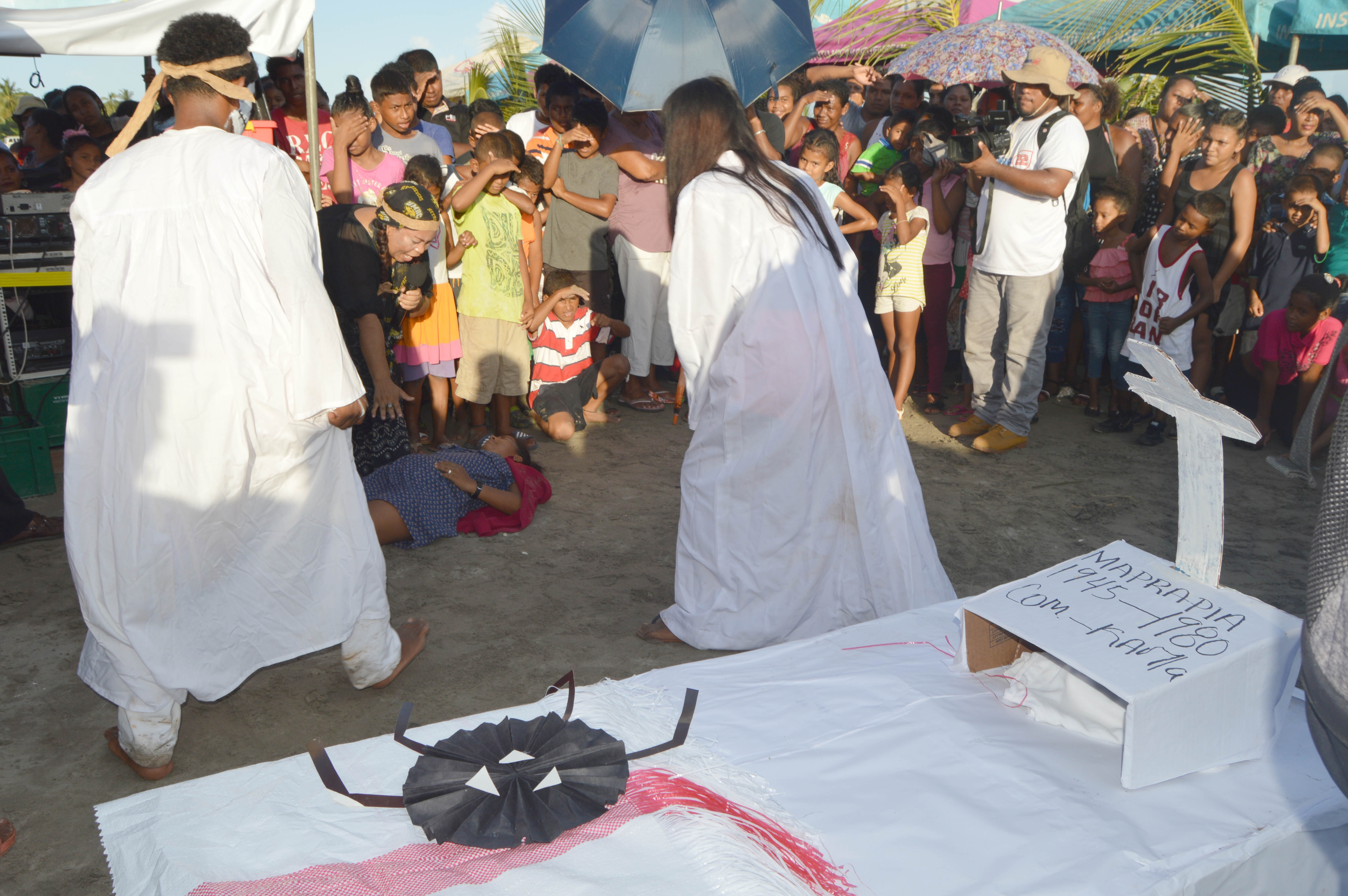 URACCAN was represented by students from the Leadership School.

With an emotional representation of the University of the Autonomous Regions of the Nicaraguan Caribbean Coast (URACCAN) at the Sea and Coconut Fair, held at La Bocanita beach in Bilwi, the second place was obtained in the exhibition of the float based on the myth and miskito legend "Isingni", where through a sociodrama everything related to this spiritual ceremony was expressed.

Willard Green, a delegate at the National Institute of Tourism (Intur), said the activity was held to celebrate International Tourism Day. "The university, giving a special touch to this activity (...); tourism moves the economy globally and we have the full potential to harness it," he said.

Representation of indigenous myths and legends

The URACCAN was represented by the students of the Leadership School, who, through costumes and the ornate float, surprised the spectators, giving them an exquisite openness to tell what the myth and legend "Isingni" is all about, the real meaning on the part of the Miskito people.

Rocky Maybeth, responsible for the Art and Culture area of the Bilwi enclosure, was in charge of explaining the meaning of the float. "The float is lined all in black, which represents the pantheon, has skeletons, which makes it look like the spirits, we come from URACCAN to represent the Isingni, we have the group of URACCAN, who will be making a small play," Maybeth said.

The story of a family that lived many years ago in the kamla community was revived, a much-loved couple had a mishap where they lost their lives. After many years, a family came to start their home at that point where the accident was, and there he began to have many problems with his children, his children began to get sick (vomiting, they had diarrhea, they fainted, they had many problems), that is why they decided to go to the Sukia, so that she could frighten the spirit of death, that's what she tried to represent the First Intercultural Community University in Latin America , URACCAN.