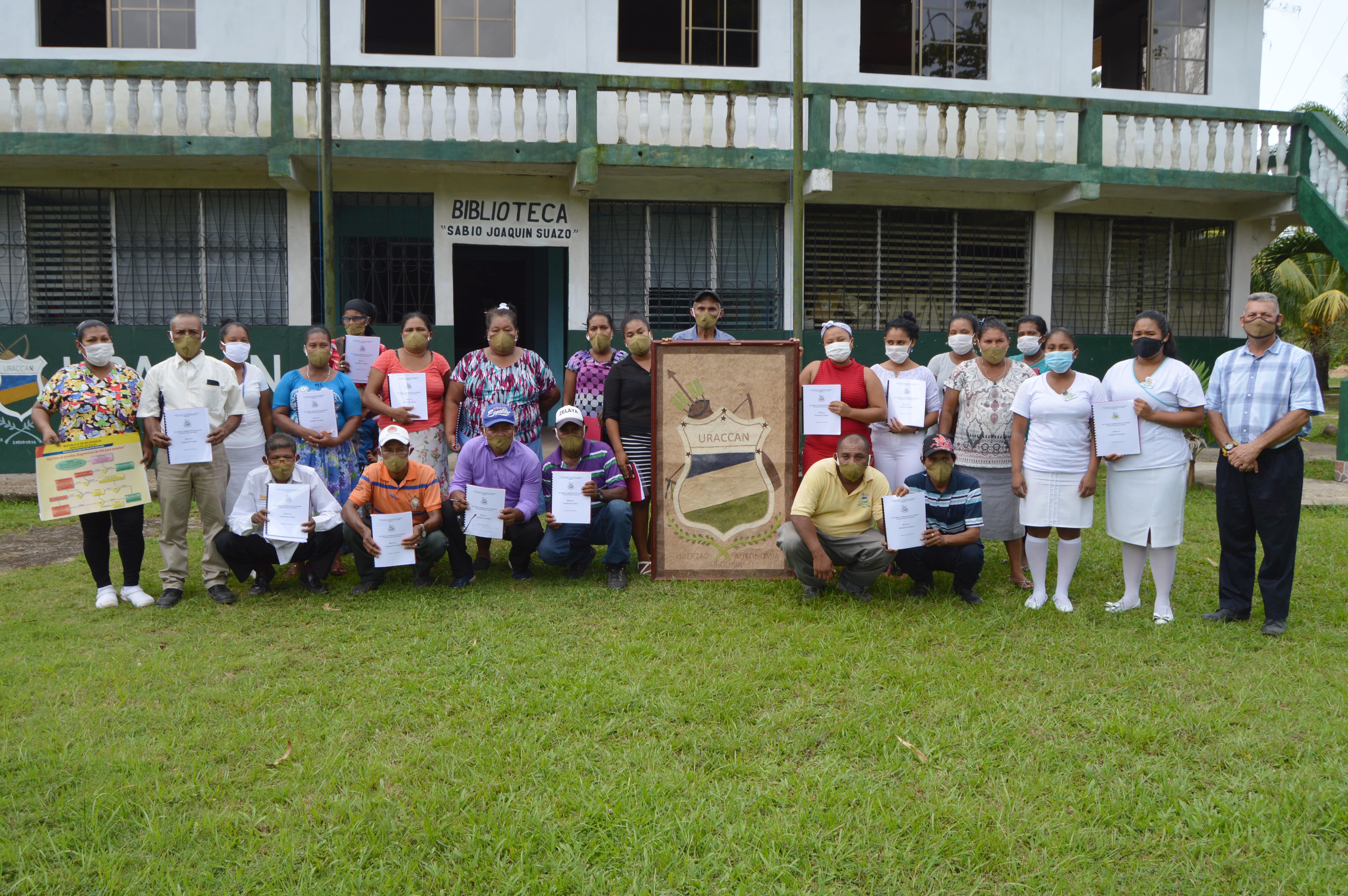 The members of the diploma are community, community, leaders, leaders of different communities of the municipality of Waspam.

Members of the Community Network participate

URACCAN, concerned about the well-being of the cost-effective population and in its struggle to eradicate HIV and AIDS, came up with the idea of a Community Diploma in HIV/AIDS under the coordination of the Waspam extension, in joint with the Ministry of Health and with the financial support of SAIH. This activity involves leaders and leaders, nurses, tails, traditional doctors and nursing assistants from the communities and neighborhoods of the municipality of Waspam.

According to Dr. Hermes Castellanos, coordinator of the Waspam extension, this diploma lasts for six months, where 6 modules will be complemented, which address topics related to the appropriate treatment of people who are positive to the virus, how to perform the tests from communities and neighborhoods, among others.

In Waspam HIV/AIDS cases have increased and the university wants to contribute in some way how community members can take on the challenge of positive cases, Castellanos said, adding that the members of the diploma are community, community, leaders, leaders of different communities of the municipality of Waspam, "who are immersed with traditional medicine".

Coordinations with the Ministry of Health

The Licda is responsible for facilitating the issue of HIV/AIDS testing. Rommy Clay Castro, nurse of the Minsa, who stated that we always work hand in hand with the Community Network and that is why it is the guests to be part of this diploma, among the purposes that are planned, is to make known about the disease and how from their territories they can contribute in the reduction of cases, Clay said.

It is also intended to "reach the last corner of Waspam with HIV testing in order to be able to screen early, timely and reduce mortality," emphasized the nurse, who also thanked URACCAN for the initiative, arguing that, "a swallow does not make summer, staff alone in the community are not enough, in order to help counteract diseases " infections, with this that community members have a diploma is a strength," Clay said.

Feelings of the Community Network

Leader Trinidad Gutierrez Dormus, who is 13 years old from being the COL-VOL of the Moss community, Wawa River, said that through group work it has been possible to learn together how to prevent the spread of HIV, to date it has not found a positive case in its community, but assured that many are not tested for modesty and because of the lack of reliability that has been had with the leaders , but it is certain that after these trainings you will be able to speak more confidently to the community. They "are afraid, they don't like it, when I talk to them about it, they retire to me (...); now I do understand that I have to go into a counseling with them, explain well that it is important to get tested," Gutierrez said.

In turn, the leader of Moss thanked URACCAN for providing these learning spaces that will come to strengthen indigenous communities. "This has never happened here, now that we are seeing that this very dangerous issue is being tracked," Trinidad Gutierrez said.

While Olfa McCrea Espinoza, Nurse of Waspam, explained that as part of the Ministry of Health it is important to know about these kinds of issues, and then provide good information to the entire population, "we know that this disease is not from yesterday, nor today, it has long been attacking us and there are people who do not know the prevention measures and what to do , and here they are teaching us many things that are useful to us," he said.

Finally, Merly Diana Fenly, COL-VOL of the Pancasian ward, said these activities strengthen the capabilities of leaders. "It's okay what we're seeing because we're colvoles, we're working with people, we're drawing blood, and we need to be here because we learn more (...) we learn here, we will share it in the church, in ward meetings, in the activities of young people, it is important that they manage how to prevent this," he concluded.

This diploma began in This August and is planned to culminate with the six modules in February 2021.