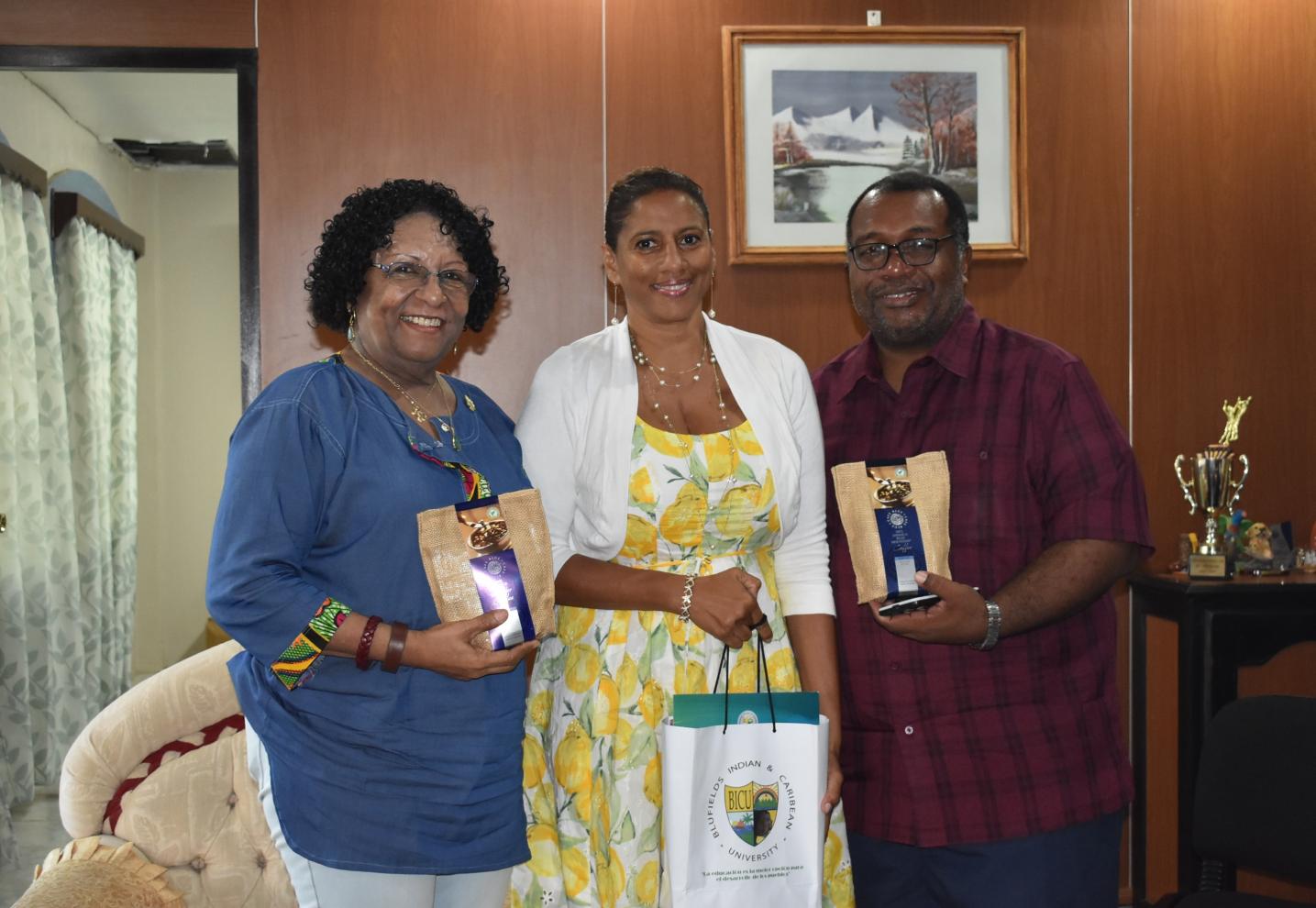 Joint research, academic courses, exchange of teachers and students, are some of the proposals that will begin to work between URACCAN and the University of the West Indies (UWI), particularly on the issue of climate change for the protection of the marine environment and the territory.

In this regard, the rector of URACCAN, Alta Hooker Blandford, participated in a meeting with Gillian M.S Bristol, director of the Latin American Caribbean Centre (LACC) of the UWI, based in Mona, Jamaica, at which academic initiatives were concluded between Caribbean universities.

"The opportunity to have a more concrete and close relationship with both universities in Nicaragua's Caribbean Coast region means for us a tremendous opportunity to advance the interests we share in growing and improving the quality of life, in a sustainable way, and to express the importance of the Caribbean people. We are not divided if not united," Bristol emphasized.

For her part, Rector Hooker, valued the meeting as an opportunity to realize articulated academic cooperation. "Our approach at this first meeting was exchanges of teachers and English learners."

The rector explained that during the meeting they pledged to work on a jointly agreed proposal to Bicu, to present themselves in the coming days.

This meeting was developed as part of the visit to the country, of a Caribbean delegation that shared with Caribbean universities the concertation initiatives, within the framework of the World Day of African culture and Afro-descendants.