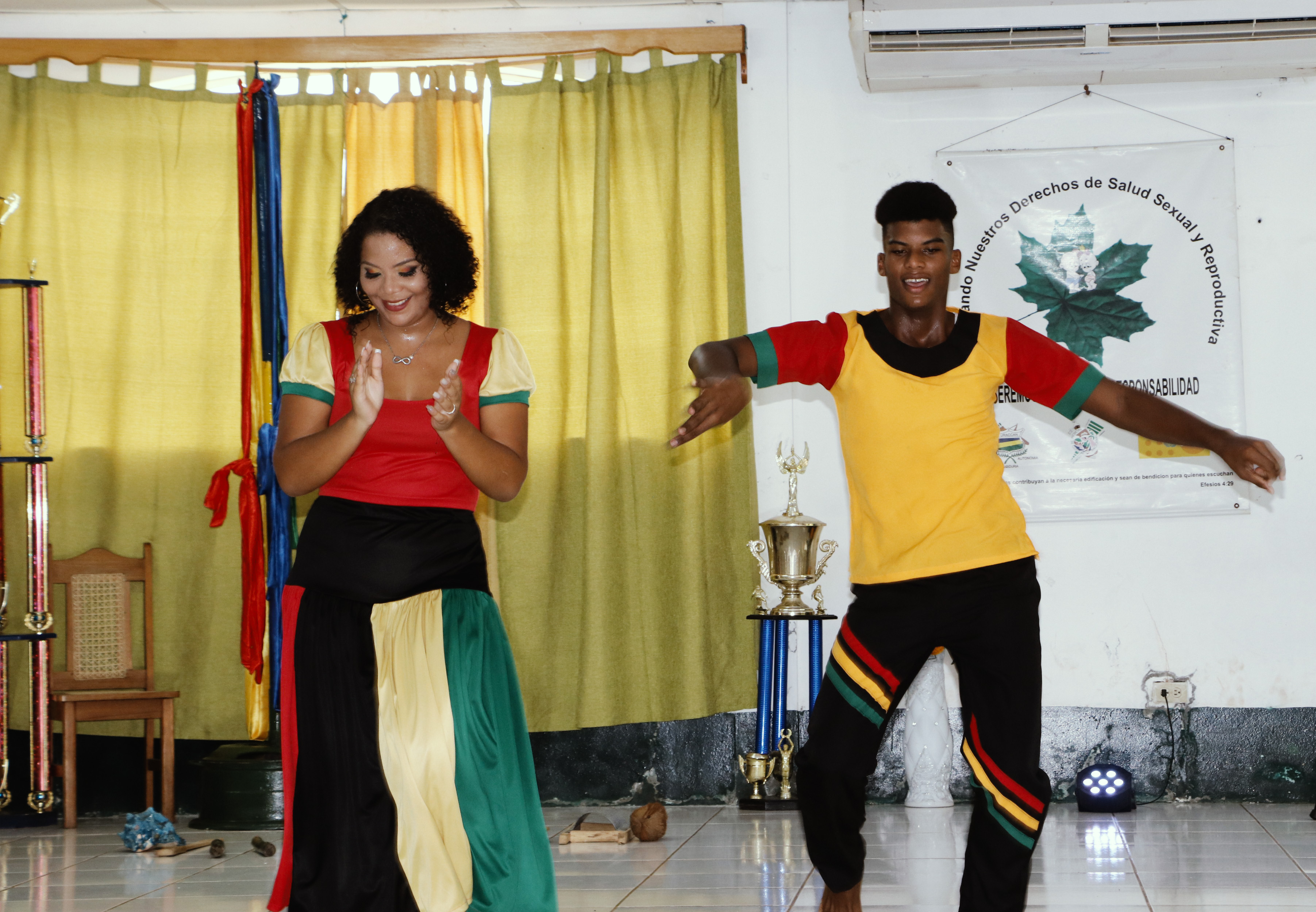 This celebration was broadcast through all URACCAN social networks.

On July 23, 2020, the Bluefields venue held the First Virtual Cultural Festival, in commemoration of Nicaraguan National Student Day, "thus revitalizing the culture of the different peoples of the Nicaraguan Caribbean Coast, within the framework of the UNESCO URACCAN Chair: 'wisdoms and knowledge of the peoples', from an exchange between our students, strengthening identity and spirituality" , said Dr. Alta Hooker, rector of URACCAN, who organized this event, in coordination with the Student Welfare area and with the representatives of the National Union of Students of Nicaragua (UNEN) of this study house of greater knowledge.

This celebration was broadcast through all the social networks of URACCAN and media, which collaborate with the first Intercultural Community University of Abya Yala, recalling the heroic gestation of the university students killed on July 23, 1959 during the march of the platoons in the city of León, who protested against the massacre of young Nicaraguans by the Honduran army and the National Guard in the Chaparral Honduras.

During the event, regional and local authorities were in the participation, as well as the simultaneous connection of the four campuses and four extensions of the university, who accompanied virtually this celebration, ensuring the implementation of the protocol of institutional security measures before COVID-19.

Feeling from the authorities

The rector of URACCAN, Dr. Alta Hooker, offered the words of welcome to all students, congratulating them on "their creativity, because it is a way to strengthen autonomy, keep alive our culture, spirituality and continue to paddle the ship of Autonomy, which has already sailed and hopes that young people will continue the effort that our elders have begun in the Nicaraguan Caribbean."

Also, from the Regional Government of the North Caribbean Coast, the MSc. Carlos Alemán, said: "This is a heroic date of the students who fought against the somoza dictatorship, lost their lives to achieve better conditions and the right to education. companions from Bilwi, Puerto Cabezas, North Caribbean Autonomous Region, I send a greeting to all of you."

To the sound of drums, garifuna songs and a lot of costeño flavor, the dance group of URACCAN and through the poetry written by young people of the literary group Presagio de URACCAN, delighted those present for a period of more than an hour.

In each of his movements and declangs, the members of the literary group Presagio y de danza, gave their best to make this festival a memorable day. The waste of culture of this grandiose event was palpable until its culmination, closing with a contagious "Tulululu".