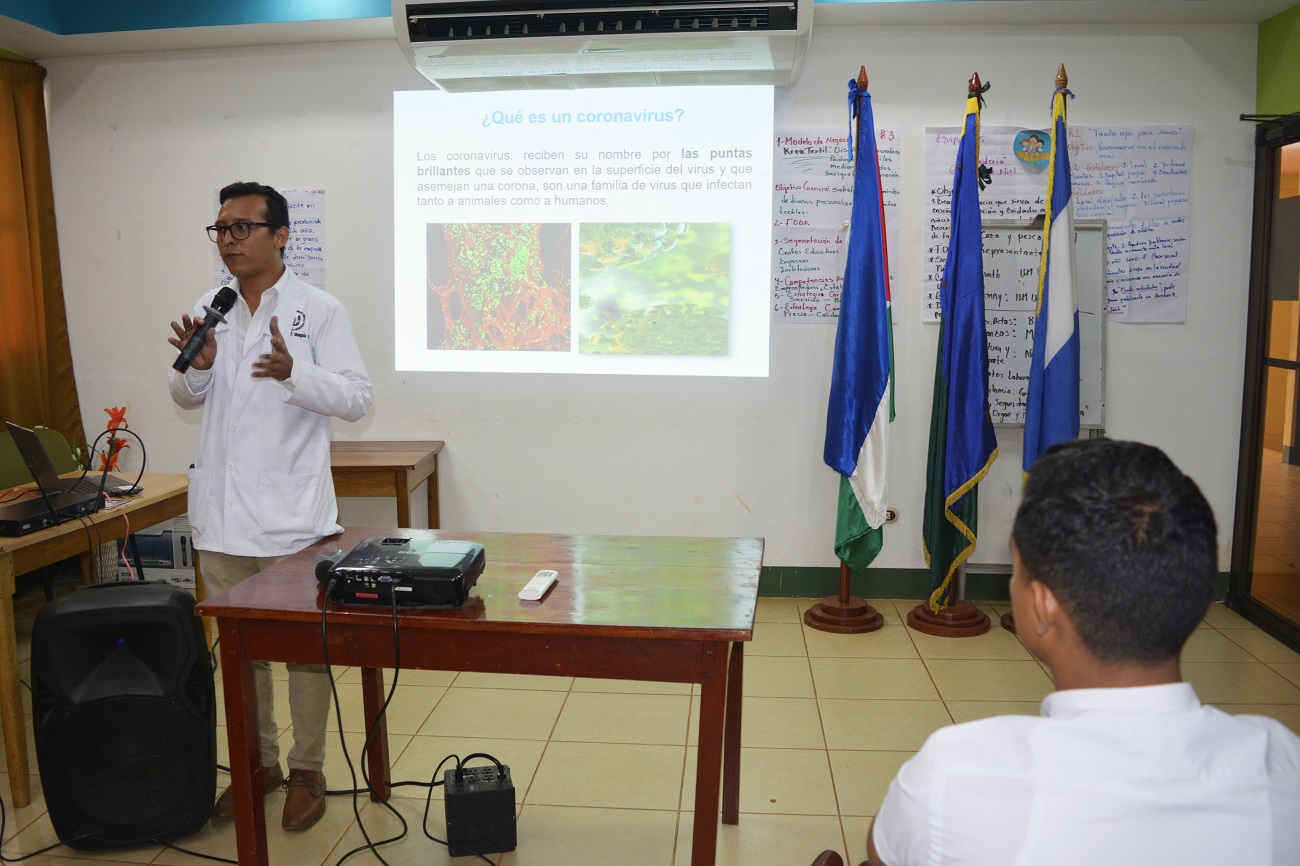 With a commitment to work hand in hand in the prevention of diseases and viruses affecting human health and life, from the area of hygiene and safety, in the URACCAN campus, New Guinea and coordination with human resources, training with permanent staff was carried out in articulation with the Ministry of Health; where the context of the coronavirus was mainly addressed, and the actions that the government from the health system is implementing to prevent it in the Nicaraguan population.

The talk was provided by Dr. Yasser Munguía, Head of Municipal Epidemiology, who provided details of the preventive measures of coronavirus and work in a coordinated manner among the institutions to detect it if it were to affect the country.

According to the doctor, to prevent the national impact of mortality at the risk of this new virus and in the face of the international emergency declaration declared on 30 January by the Commission of the World Health Organization (WHO), "the Inter-Agency Commission was formed to develop prevention, early detection and appropriate case management actions , consisting of MINSA, MIGOB, DGA, Civil Aeronautics and administration of Augusto Cesar Sandino Airport, a national port company, IPSA and MARENA," he explained.

The World Health Organization declared an international emergency to this virus, as it is a disease, "serious, sudden and unusual or unexpected; which has implications for public health beyond the affected state, may require immediate international intervention," the expert said.

The coronavirus, arises at the beginning of the year in the marking of Wuhan, China and although it is not found in Nicaragua; the health system and other institutions are working to provide measures to the population that can help them not to contract it, referring mainly to not traveling to countries where they are known from their presence, taking hygienic measures on a daily basis to maintain high defense and avoid traveling with symptoms similar to those presented by the virus that has so far infected more than two thousand people , in several countries, mainly in China.

The speaker referred to this process as "important and extremely necessary", as it contextualizes what is officially known from the deadly virus; staff, for their part, asked questions related to prevention methods, and also appreciated the information provided.