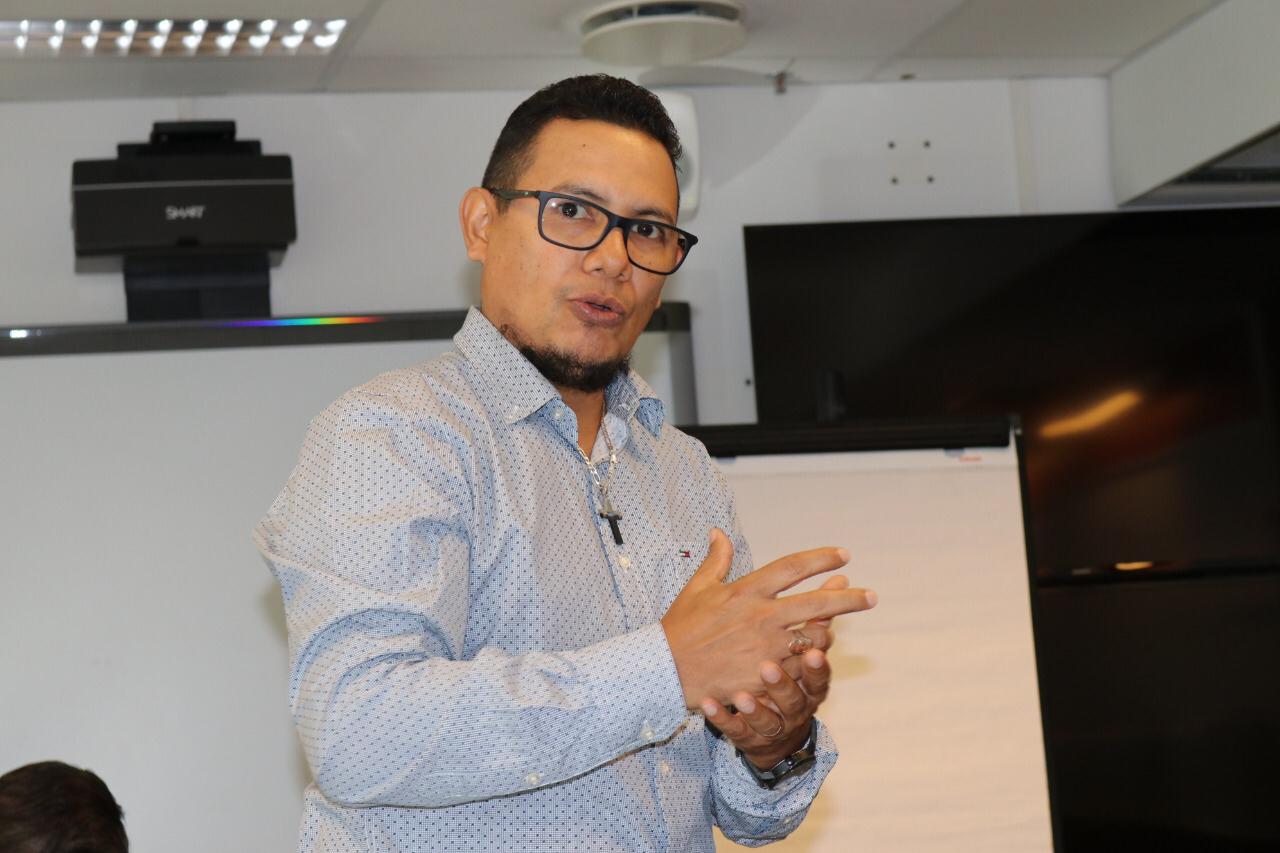 The University Council of URACCAN (CUU) unanimously elected the new Secretary-General, after The Rector Alta Hooker made her proposal as mandated by the statutes and regulations of the university before the plenary of the highest decision-making body composed of the different institutional states established and standard.

Being elected with the maximum vote, the PhD. José Luis Saballos Velasquez, who took over the leadership of External Cooperation for many years, leaving an important and decisive legacy in institutional walking.

Dr. Hooker highlighted the merits of PhD. Saballos materialized through the Directorate of External Cooperation from institutional management and its professional preparation, so he considered that from his experience he could support the strengthening of the university's walk in the position of the General Secretariat and the ordering of the entire Institutional Evaluation process.

Opinions that supported the motion

Faced with the proposal, Master Sandra Hooker, a member of the URACCAN Association, stressed that the responsibility, righteousness and ability demonstrated by Saballos, will allow her to do an excellent job in that new space.

Also, Michael Campbell, a member of the Association, said Saballos has the technical capacity and experience to carry out the performance of the position.

In addition, URACCAN Vice-Chancellor General M.A Yuri Zapata stressed that the PhD. Saballos for his extensive experience in different institutional institutions make him the ideal person to assume this responsibility, which is of great importance for the strengthening of the Intercultural Community University model.

Saballos Velasquez is an economist, a graduate of Iowa State University, with a master's degree in Project Planning and Management from the Center for Development and Project Planning (DPPC) at the University of Bradford, United Kingdom, during the period September 1999 to September 2000.

He also holds a postgraduate degree in specialization among them in Management and University Leadership in Multicultural Contexts of URACCAN and has participated in a series of conferences, meetings, courses and workshops at the national level, Central America, Europe and the United States.

Saballos, excels in his 23 years as part of the URACCAN family, because he began his performance in March 1997 as administrator of the URACCAN Bluefields venue, a position he held until April 1988, when he was promoted to director of External Cooperation, from where he managed to establish international alliances and relations with cooperation agencies, international NGOs and twinnings through international academic networks based on projects.

He has also taught in different careers and doctoral programs and international master's degrees offered by URACCAN.

Appointment for the Directorate of External Cooperation

After being elected as Secretary General the position of the Directorate of External Cooperation became vacant, so to take on this new challenge was elected Dr. Ilenia Arllery García Peralta, who currently studies at URACCAN and served as the coordinator of that area in the Bluefields venue.

García Peralta holds a law degree, Agroforestry Engineer and Dasónoma in forest management and management, with a Master's degree in Strategic Management.

She started at URACCAN in 2007, as Coordinator of the Institutional Strengthening of the Branch Indigenous People project for the demarcation and Sustainable Management of its territory, funded by International Conservation implemented through IREMADES – URACCAN.

The authorities of the University Council of URACCAN (CUU) conducted this 02 and 03 July the second regular session of the year, through the virtual modality, as part of the compliance with the institutional security protocol for the prevention of COVID-19, setting as one of the core points in his work agenda the election of the Secretary-General, a position that had been vacated after the return to earth of his ancestors of Dr. Cyril Omeir.