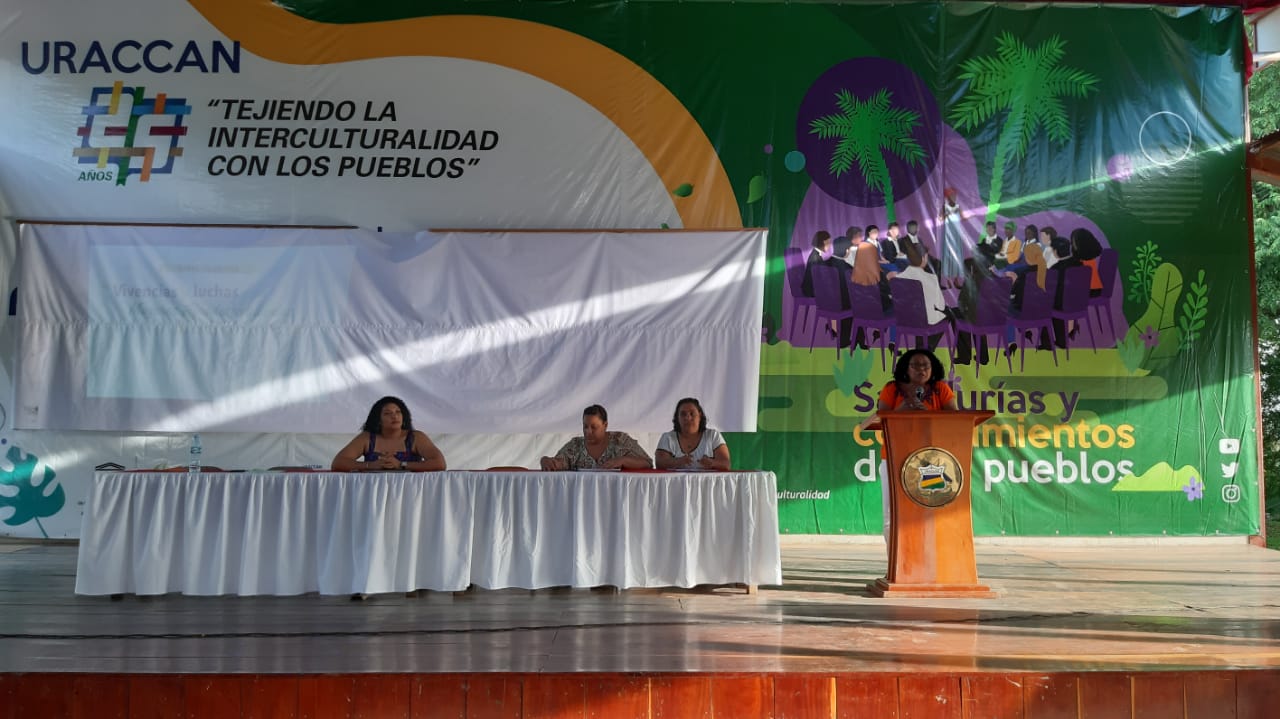 A woman who leaves her environment on Nicaragua's Caribbean Coast has a great cultural shock, forcing Afro-Caribbean women, to defend hemselves against the mockery and discrimination that are lived in other conventional universities of the Pacific of Nicaragua, contrary to those currently living the new generation of students in URACCAN, in the Caribbean of Nicaragua , as explained by the Tania Rossman Hooker Master's Degree, phD student in Intercultural Studies at URACCAN.

The difference between the costaeños of the Nicaraguan and Pacific Caribbean is evident, regardless of whether it is miskito, half-breed, Afro, in the Pacific they see them different and "it is because we are different, for the new generations they realize when they travel to the different departments of the country, you realize that they know nothing about us, but neither do we know anything about us" URACCAN's student said.

Tania Rossman noted that her experiences forced her to be an impulsive woman to defend herself from mockery and discrimination, since her university did not care where she was going, what her shortcomings were and her background, there she was forced to understand and succeed; "but I went to work at URACCAN and that's where I understand the importance of Intercultural Education," he says.

Why is Intercultural Education important?

According to Rossma, it is important "Because it raises a dialogue between equals, because we are different and we know that we are different, this education allows an exchange of culture and knowledge that in another space you do not live," he said.

URACCAN is not the only university, but there is not a university that has so much wealth of culture, this university teaches us to survive without feeling ashamed of who we are, Rosman Hooker said very confidently. Adding that "You have the possibility to exchange between students from different venues, here we talk about development, but with identity, and we have a challenge to teach in our own language, but if we do not realize that URACCAN teaches to respond to others without being impulsive, but gives me elements to be able to demonstrate our differences with logical arguments," he recalled.

URACCAN teaches you to change, but not change their essence, "when your parents tell you to go to study peacefully, you tell them no, because we are different and we want to study at a different university," Rosman Hooker concluded.

The young PhD of URACCAN reflected on the experiences during the panel of Afro-descendant women's experiences and struggles, in the face of racial discrimination, carried out in URACCAN, in the Las Minas campus, as part of the activities of the UNESCO Chair, in greeting the 25 years of founding of URACCAN and on the international day of African Latin American women , Afro-Caribbean and diaspora.