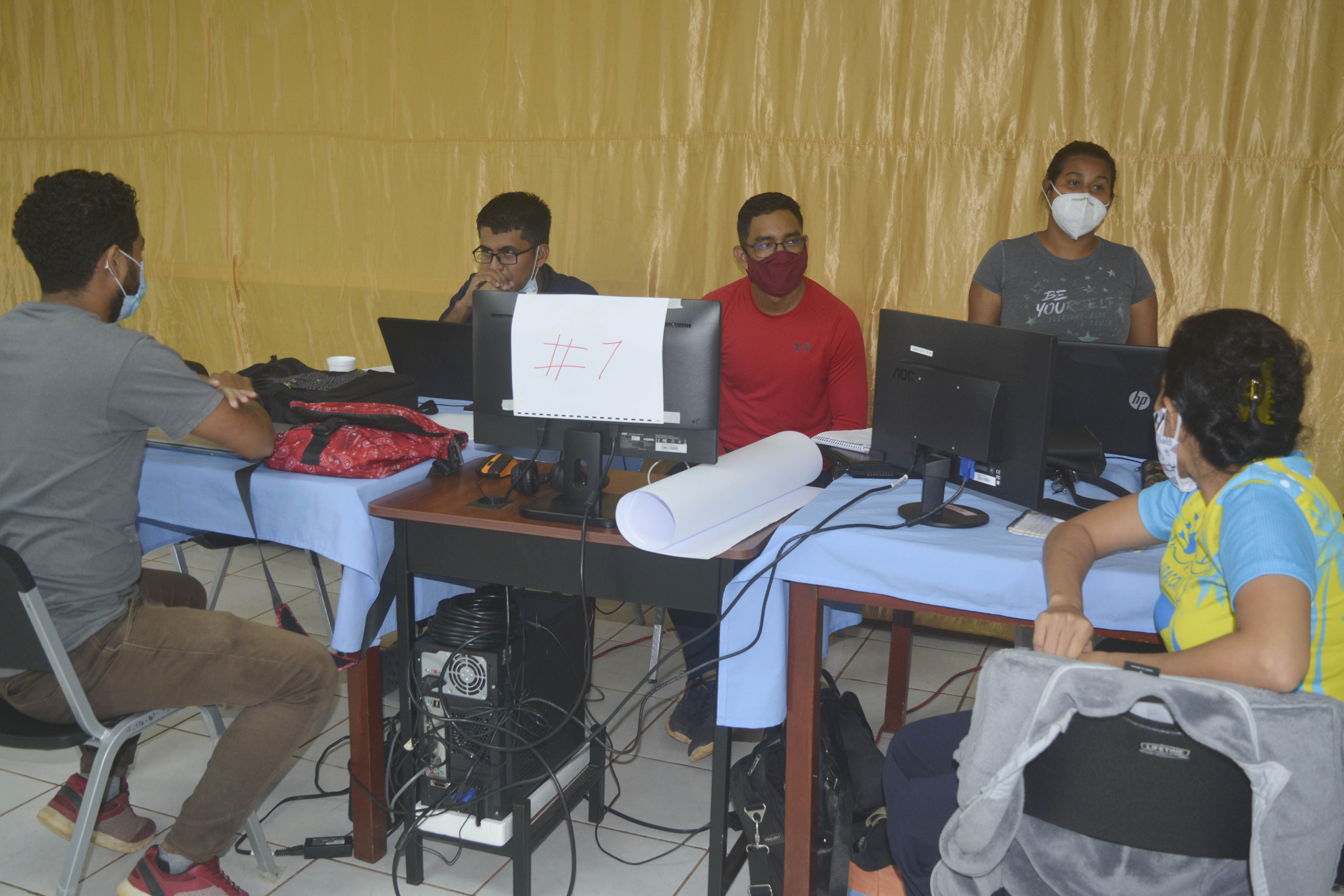 The URACCAN New Guinea venue teams participating in the 2020 Latin American Innovation Rally, after choosing their challenge, work hard to solve it. To materialize their proposals, they are constantly researching and exchanging ideas. Seydi Romero Díaz says that "It is amazing, we have never lived it and now we have the opportunity to do it and the truth we are delighted, we have creativity and ideas 100, we are excited about the challenges".

The Muguiwara team, of which Romero is a part, is working on challenge number 6, which is to design a system or device that does not require Internet access, to support visually impaired or non-visionaries to orient themselves or know their position anywhere in a city or town. This challenge is also taken up by the Kenzad team, whose leader is young Joel Centeno, who claims that this "is a commitment to the non-seer or weak-sighted community."

For the Omega team, the challenge to work is number 7, which is to take advantage of the experience and in turn mitigate the loneliness of our older adults. "We are here to help this elderly population that encompasses a large part of our community," said its leader, Kevin Third Rodriguez.

The Kamids, the number four team in the compound, are working on an innovation that helps mitigate the environmental damage caused by waste of used oil. According to Kevin Pauth, "we will implement an idea of how to recycle and believe it is important because it is a global problem, we are distributing work as nurses, civil engineers, computer engineers, everyone has their contribution to this activity," said the young leader.

Finally, Hollman Rojas, coordinator of the Innovation and Entrepreneurship area of the venue, says this is a great opportunity for participants, "as it will be some learning for when they are going to face a challenge in life or in their workplace," he said.