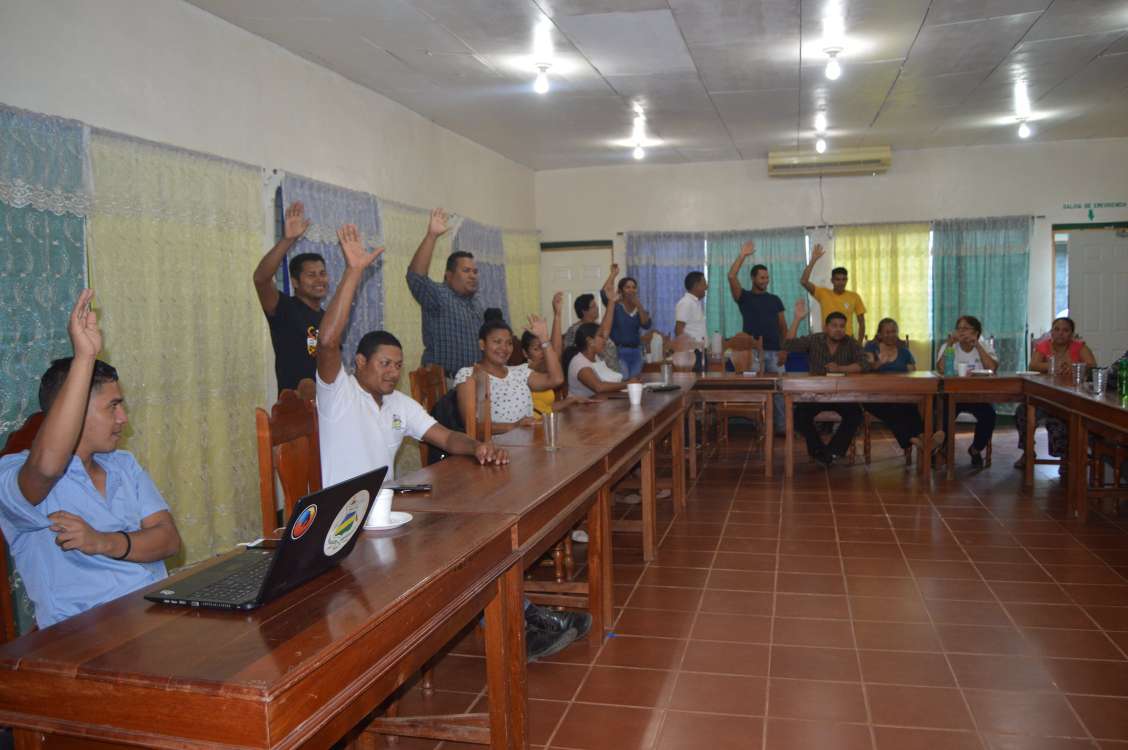 Through an assembly with the teaching guild

The teaching guild of the University of the Autonomous Regions of the Nicaraguan Caribbean Coast (URACCAN), in the Bilwi Campus, elected the new representatives of the teaching union to represent them before the authorities of the university and who will be their bridge to raise consensual trade union petitions that pay for the consolidation of the first Intercultural Community University of Latin America.

The teaching assembly started from the reflection of the Mission and Vision of this house of intercultural higher education, emphasizing the strengthening mechanism to consolidate new strategies for student recruitment in the coming years.

In addition, reflection was made on the work of teaching, and the management report was presented during the period 2019 and finally the new representations were chosen in the teaching union of the Bilwi venue.

Through the freehand vote, the present elected Professor David Patterson as the new sectional secretary, in the same way, as finance secretary to Professor Nilson Dumas and finally the Secretary of Communication and Disclosure to Professor Teisey Allen Amador.

In this sense, the outgoing sectional secretary Teisey Allen thanked the teachers for their trust during their period in function, "although we had many challenges, we also had the socioeconomic situation that affected us, but in general I can say that it was a very productive year," Allen said.

Allen recounted that the greatest achievements during her time as sectional secretary of the venue is the promotion of familiarization spaces with colleagues in conjunction with the institution.

For his part, graduate David Patterson, the new sectional secretary of the teaching union said that by 2020 there are many challenges as a guild, "higher education is aiming for quality so our teachers must be framed in matters of research, teaching as we will contribute to continue to form the process of good work of things" Asked.

In turn, Patterson said that unity is sought in the teaching guild, "we are a family and within a family there must be unity, if a team is united it can achieve everything that is planned, what it has planned or what it wants to achieve, first of all, we will work with the fundamental foundation that is unity," he stressed.

Main functioning of the teaching union