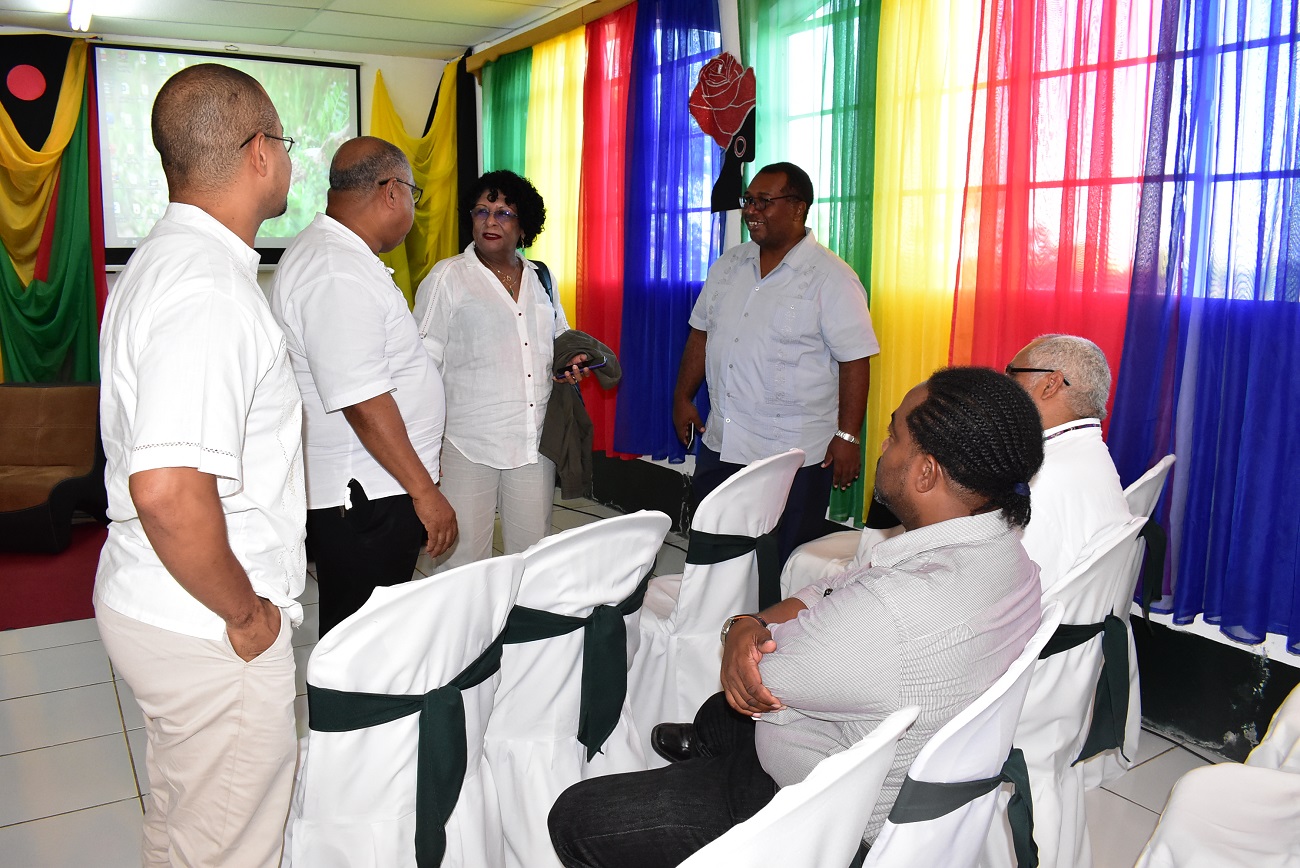 With the conduct of a forum for exchanges of experiences, knowledge and knowledge, authorities of the University of the Autonomous Regions of the Nicaraguan Caribbean Coast, in conjunction with authorities of the Regional Government and bluefields Indian of caribbian University (Bicu), commemorated the "World Day of African Culture and Afro-Descendants", this activity was carried out at URACCAN Campus Bluefields.

In this regard, Dr. Alta Hooker Blandford, rector of the URACCAN, highlighted the work of the university through the accompaniment provided to indigenous, half-breed and Afro-descendant populations of the region, with the intercultural community extension through its stories, which builds a bridge of trust with indigenous communities, "We can say that we are a university of human rights , so we consider ourselves because there are aspects that we believe are fundamental to be able to advance our path, our language is one, the history of our peoples is another, cultural revitalization, to build that bridge of trust with the different indigenous peoples to achieve interculturality".

Dialogues of knowledge, doing and desires from intercultural communication

Faced with this, Dr Hooker said that URACCAN mainly highlights the direction and walk of intercultural communication that is fostered from classrooms and also in different communities, "One of the aspects that we use in URACCAN is the dialogue of feelings, knowledge, doings, because many times, in a single town we find it difficult to dialogue, because we speak different " we aspire and dream other things," he said.

In this context, Hooker mentioned how URACCAN is being positioned in the region through quality education and relevant to the context of the Autonomous Regions, especially those peoples who struggle to attend a university, "if we talk about equality and equity then we have to see how we managed to get there to the communities, but another thing we did to make these spaces more accessible , is that we form seven research and accompanying institutes and we have four community radios, which bring the floor to the communities in their own languages, emphasized the rector.

This activity was witnessed by international delegations, including Ms. Mirtha Colón, President of the Black Central American Organization (Oneca), as well as Esther Kush, Unesco Director for Central America, Ambassador Gillian Bristol, Director of the Center for Latin America and the Caribbean (LACC) of the University of the West Indies (UWI).

Similarly, Mr. Rolando Cocom of the Office of Research and Education of the National Institute of Culture and History (NICH) of Belize, Mr. Ronald Hooker, Member of the Raizal Center for Food Production (REPC) and the Sea Flower Reserve Development Agency (MSAP), participated.

From Nicaragua, Sidney Francis, DEPUTY of the Central American Parliament (Parlacen), the MSc, could not be missed. Hennistong Omeir, rector of Bluefields Indian of Caribbian University (Bicu), the Afro Commission of the University of the Autonomous Regions of the Nicaraguan Caribbean Coast (URACCAN), accompanied by the magnificent rector Dr. Alta Hooker Blandford, in addition, vice-chancellors, deans of faculties and those responsible for external cooperation.

It is important to mention that this meeting of knowledge continued at the house of the Museum of Afro-Descendant Peoples, where an exhibition was presented on the history of the Afro-descendant peoples of the Caribbean Coast, and ended at the Regional House of Culture, where a religious event was held, with Caribbean voices from groups of different churches in commemoration of this celebration of the international of Afro-descendant culture.