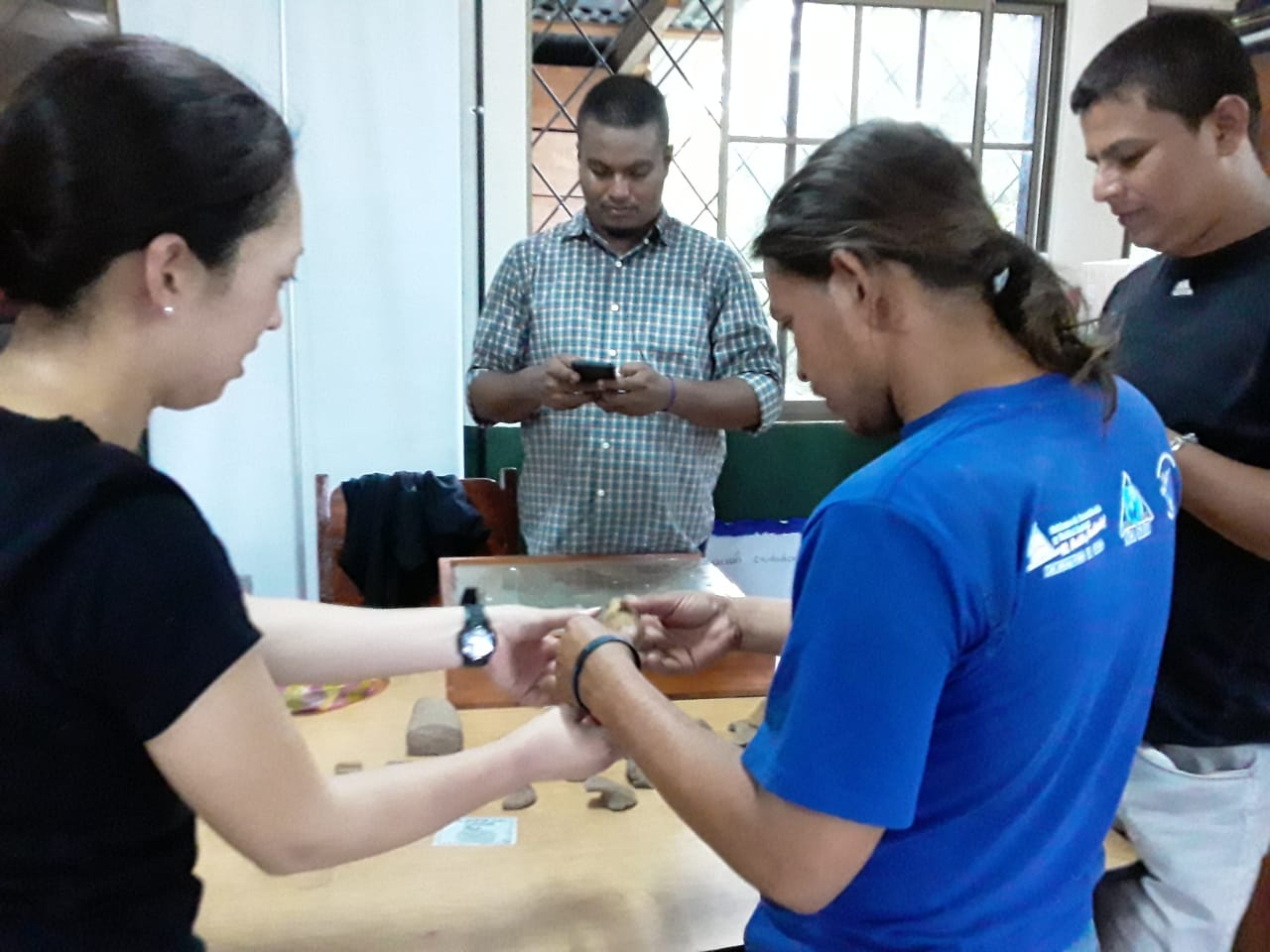 Archaeologists from the University of Foreign Studies in Kyoto, Japan and the National Autonomous University of Managua visited the URACCAN Las Minas Campus and the Rosita extension, with the aim of establishing relationships and working on issues of sites where the connectivity of the peoples originating in the Caribbean Coast can be found.

Kevin Gonzales, archaeologist at UNAN Managua's Archaeological Center for Documentation and Research, shared with the Students of Social Sciences with Mention in Local Development, that the archaeological pieces they collected in the Sector of La Florida, in the municipality of Rosita, is a material containing ancient information representing the identity of the inhabitants of the territory of Rosita " these found pieces are evidence of those who inhabited the territory a long time ago," he said.

"According to studies, most of the objects found on the Caribbean Coast have been referring to the Sumo Mayangnas and Miskitos peoples because they are Millennial ethnicities," Gonzalez shared.

Local Development students took a tour of the Florida community, taking it as one of the town's potential tourist destinations. In the place visited you could find petroglyphs (drawings engraved in stone) and fragmented objects of mud.

During the visit to the extension of URACCAN Rosita, by archaeologist Misaki Fukuya of Kyoto University, Japan and Kevin Gonzales of UNAN Managua's Archaeological Center for Documentation and Research, were able to observe that most of the fragments obey vessels or rattles, "these pieces we will clean them well and archaeologist Fukuya will draw pictures and put into practice her knowledge to determine what kind of archaeological piece in yes, the fragments found in the Florida sector belong," Gonzales emphasized. 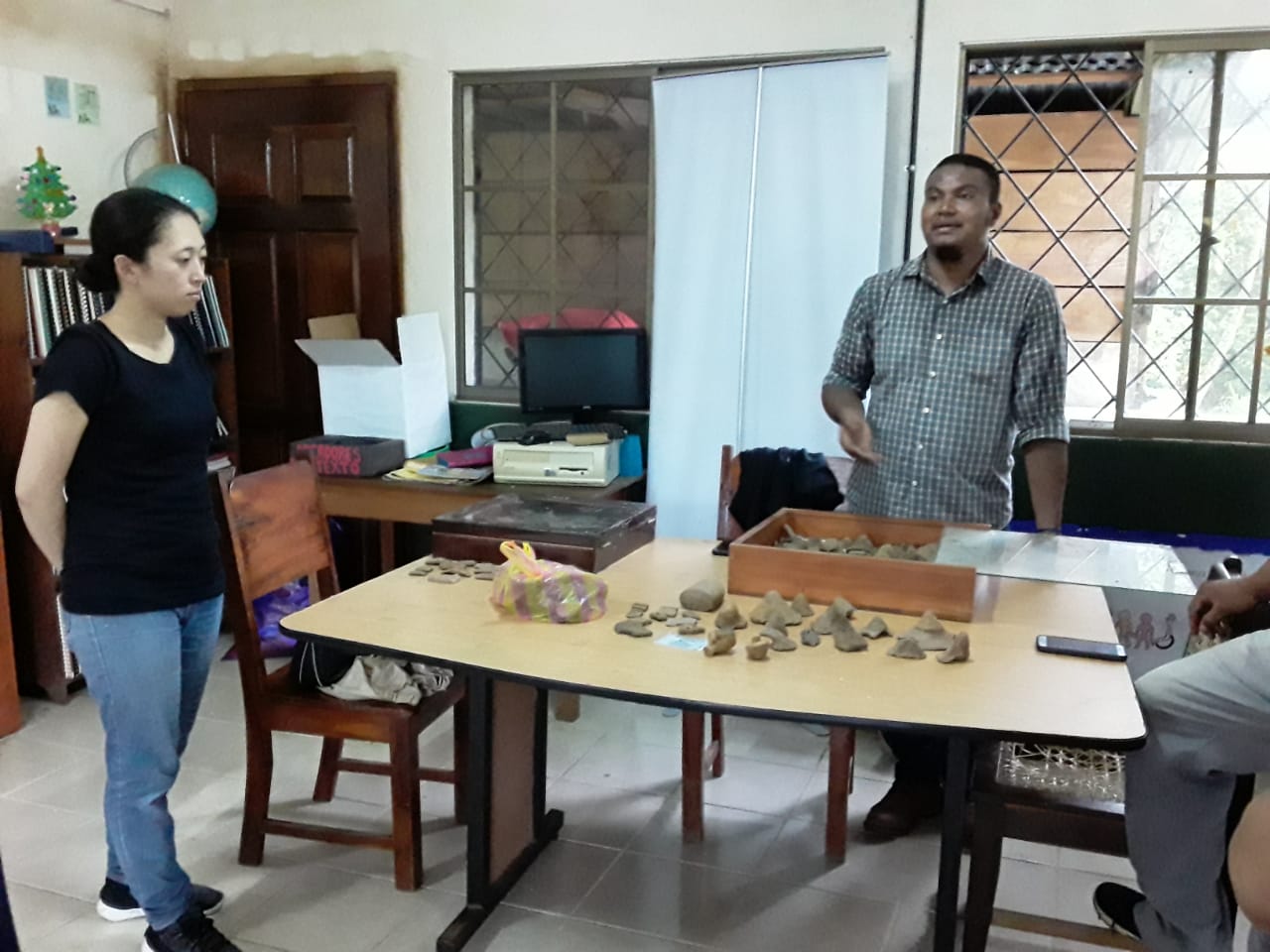 La PhD. Leonor Ruiz Calderón, Vice-Chancellor of URACCAN Las Minas, was made available to support, as much as possible, a study of archaeology in the mining triangle sector, as a way to rescue and learn more about the cultures that existed in our territory.

In the municipality of Rosita there are a total of 17 archaeological sites, such as the sector of Florida, El Zopilote, Minnesota and Susun Central/Arriba.The sites mentioned are characterized by presenting a series of cultural evidence, indicators of the development of indigenous settlements in the region.

The material evidence identified corresponds to mound structures, petroglyphs, statuary, lithic artifacts and ceramic tissues of the monochrome type, arranged on the surface. These findings have been sufficient reasons to develop this study further in the territory.