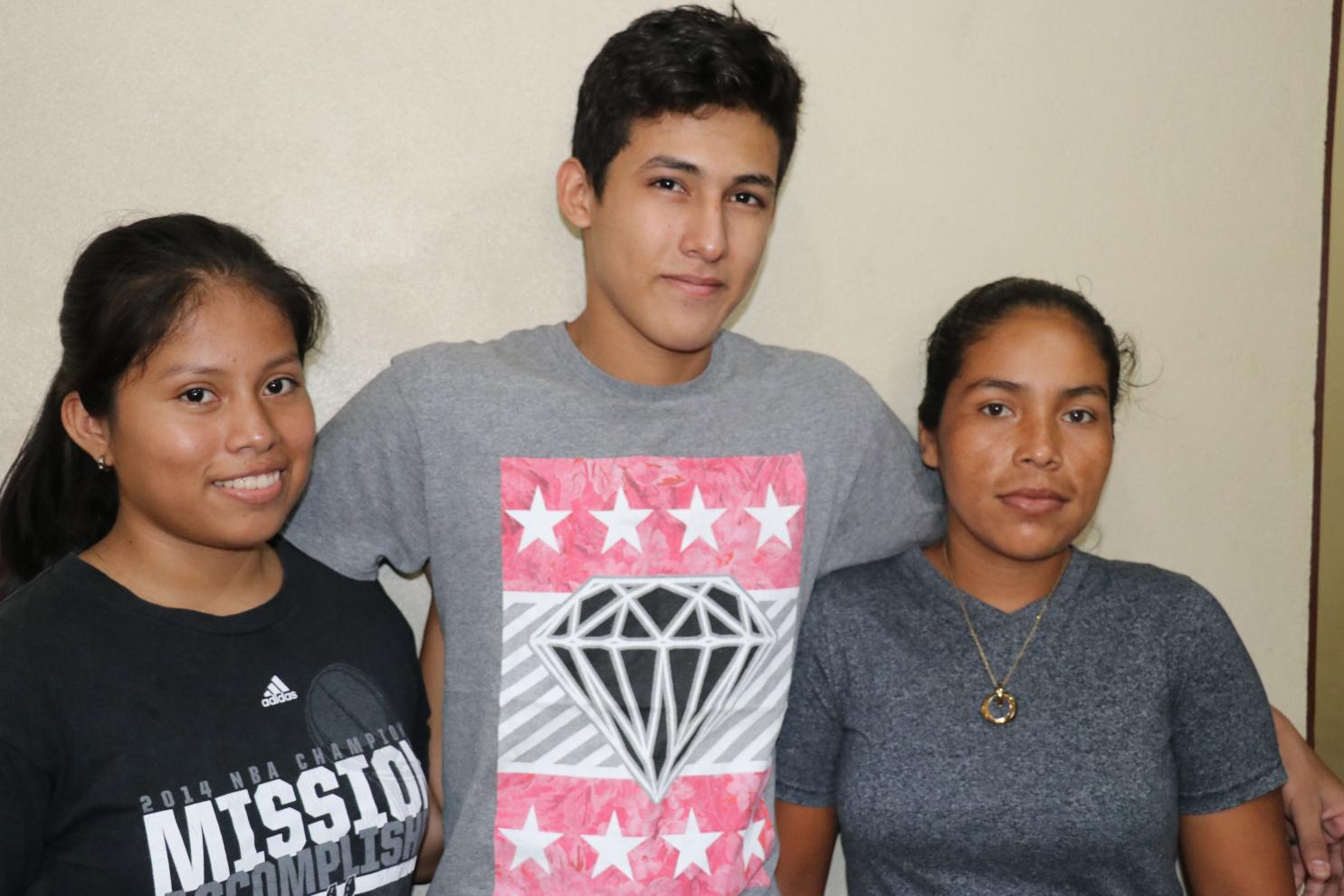 Living interculturality in URACCAN boarding school is one of the richest experiences that mixed-race, indigenous and Afro-descendant students who share their experiences during each academic year live. URACCAN offers boarding school service for students living in areas far from university campuses, ensuring the inclusion of all and all in higher education with relevance.

Harold Gutierrez, half-breed; Maria José Robins, Mayagna; Jesica Marisol Jonathan, miskita; they express their experiences in boarding school and the journey they make to leave their homes and reach URACCAN, in their Las Minas enclosure, to follow the dream of crowning a professional career.

Harold Miguel Gutiérrez Ruiz, a first-year student of Systems Engineering, originally from the town of Rosita, is 17 years old and a half-breed, and narrates that the first thing he does at home to return to boarding school is to prepare his bags. He decided to study Systems Engineering at URACCAN, because "it is the most prestigious university here and for its quality", he says, but also because it is closer, about 70 kilometers from his home in Rosita.

"I'm going to make a resounding change personally, start meeting new people to live with different people, to be able to share with other ethnic groups, with people who have no same way of thinking and very different from one's," Gutierrez said.

For Gutierrez, spending here at boarding school is quite joyful because he meets more people, listens to the other languages spoken and tries to interpret them. The hardest part for Harold was leaving his house, his family, "leaving my mom long, because I spent alone with her, losing my friends, and the hardest thing has been to get away from my family," she shares. She also mentions that the most important thing "is that my mother was telling me that all the effort we're making, she and I, is going to have a good fruit and it's the coronation of my career," she adds.

María José Robins Jacobo, meanies, is a first-year student of Systems Engineer, Mayagna Indian, is 17 years old and originally from the Community of Sakalwas in Bonanza. He came to URACCAN because from a little girl he liked the race. His experience at URACCAN boarding school is very good as he met more people, learns about new cultures and makes more friends.

To get to Siuna you have to leave your community at 7:00 a.m. in a taxi to Bonanza, then take a bus departing for Managua at 10:00 a.m. which takes three hours to get to Siuna, where the boarding school is. He also comments that during this second semester he has a huge challenge and is to pass the subjects that they have to see, because they have told him that they are strong subjects, but with his effort he knows that he will succeed.

In addition, Jesica Marisol Jonathan Mairena, 24, is originally from Layasicksa II, jurisdiction of Rosita, miskita, studies the second year of Intercultural nursing and lives in the boarding school of URACCAN in Siuna. Jonathan recalls that when he first arrived he felt very sad, in the first six months he lacked his family, his friends, "but now I am very happy to have other friends", he shares, also comments that she is miskita but understands Spanish and that has helped him to be able to interact with his other colleagues from boarding school.

"Because the university is intercultural, so we have to have a relationship with different people and cultures, I am a miskita and I can learn to speak Mayagna and Spanish," says Jesica.

According to Jesica, her community has electric power and the road is under repair, they have a school and a health post, so she decided to study Intercultural Nursing, because she wants to return to her community and serve in the health post, as there is only one nurse there.

In the internship of URACCAN interact a total of 160 inmates, most of them mixed, 1 creole, 25 Mayagnas and 15 miskitos, carrying out a series of daily activities, among sports, cultural, environmental, academic and extracurricular, as confirmed by Master Vania Chavarría Vigil, responsible for student welfare of URACCAN Las Minas.

To get an internal scholarship