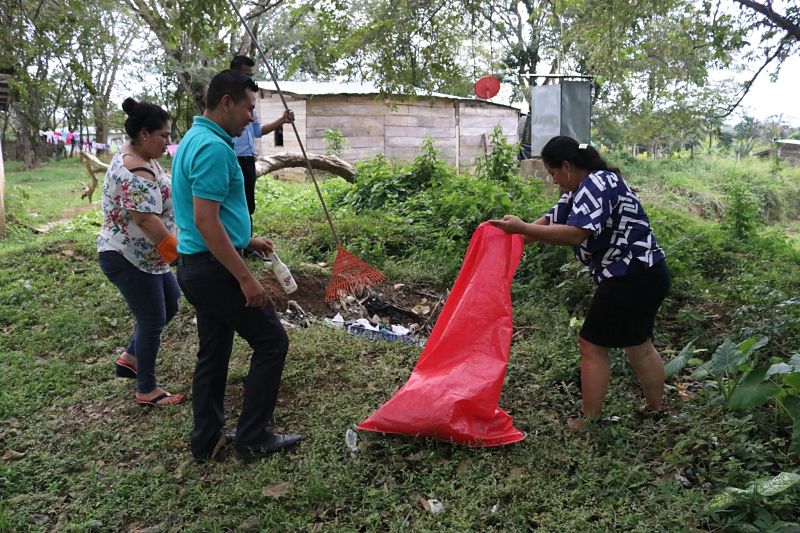 Students of Education Sciences with Mention in Biology of the University of the Autonomous Regions of the Nicaraguan Caribbean Coast, Las Minas campus, on their campus of Siuna, launched a cleaning campaign on the premises, with the slogan "Take your wallet, take your cell phone, take the trash to its place".

Ph.D. Jacoba Dávila Molina, said, as part of the practices of the subject "Research Action", the creation of this campaign, launched in an assembly of students in the university campus, was carried out.

Dávila, noted that the objective of this campaign is to contribute with the Good Life of the university community, learn to live together in harmony with Mother Earth and thus be able to live in a healthy way.

Another important aspect highlighted by the academic was the awareness of students and university officials in placing trash in containers where it can be recycled.

For his part, the student of Education Sciences with mention in Biology, Evelio Gutiérrez, expressed that as students they try to reduce the problem of garbage, with contributions for the reduction of garbage in the Municipality of Siuna; "This campaign is a starting point to be able to include the entire college community and follow up effectively to achieve the goal, a garbage-free university," he said.

Finally, student Xiomara Pérez, stated that as part of the campaign's strategies, radio programs will be carried out on Radio URACCAN Siuna, where the campaign will be disseminated, in addition to publicizing this initiative will be given educational talks, video publications on social networks, delivery of posters, location of banners in the classrooms of the university among other actions that make visible the University campaign , among other actions.