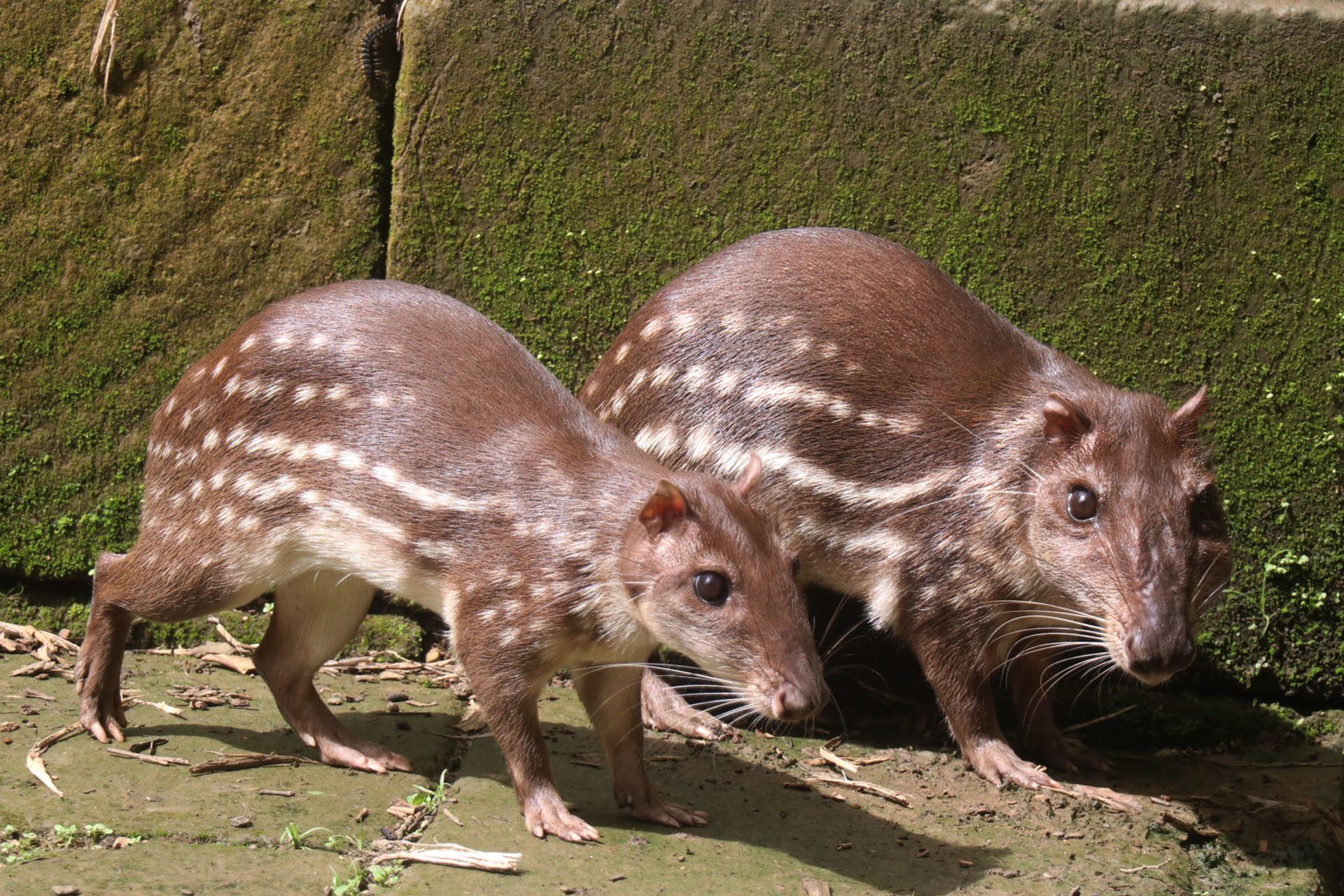 This zoocrime of guardiolas will be certified by MARENA.

The guardiolas will be released when they have reproduced and reach maturity.

Engineering students in Zootecnia of URACCAN enclosure Las Minas contribute to the protection and conservation of biodiversity through an innovative project for the reproduction of guardiolas, which will be certified by the MARENA of Nicaragua.

The project consists of a zoocriadero of this species, which so far has six animals that are in reproduction. The zoocriadero is located in the Awawas Natural Laboratory, which coordinates the engineer Ariel Ruiz, who stated that to feed them they give them rooster, rice, cassava and everything they take them.

The objective of the student project is to conserve and preserve this endangered species, but above all to leave a mark so that primary and secondary students of the Siuna study center can know these species and visit the zoocriadero, Ruiz said.

From URACCAN it contributes to the conservation and preservation of endangered species, through its natural laboratories. For this reason, the engineer Ruiz maintained that currently, in articulation with MARENA, a certificate of recognition will be provided within the framework of the National Biodiversity Strategy, called "Your Solution Based on Nature".

Engineer Luis Herrera Siles, coordinator of the Institute of Studies and Promotion of Autonomy (IEPA) of URACCAN Las Minas, said that as part of the strategy indicated this zoocriadero will be certified by MARENA this week.

La PhD. Leonor Ruiz Calderon, vice-chancellor of the Las Minas campus, explained that "this campus works articulately and that has ensured success in institutional management, this project that has come out from the academy has been successful because they are already being reproduced and at some point they will have to be released to reproduce in the Bosawás reserve and we contribute to the conservation of this species".

URACCAN, as an institution of community and intercultural education, has the mission of protecting and preserving Mother Earth, which is a fundamental part of institutional principles and here, in this important ecoproject.